Belgian fans show their love for their new champion

This is what happens to your house when you win a surprising Belgian cyclocross national championship. 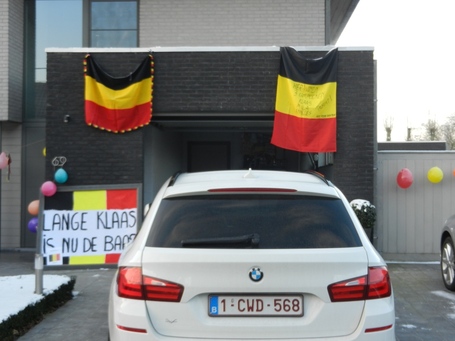 As if having your own Sunweb Van wasn't cool enough, you also get a lovely tricolor for a parking space. 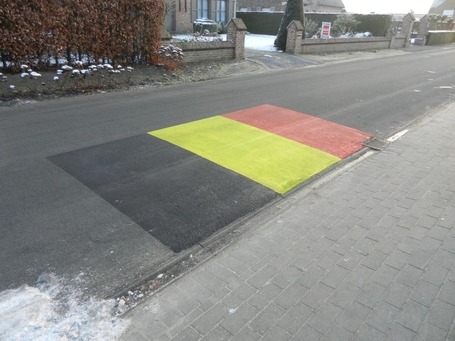 You also get a spot on the Worlds team, but that was never in doubt. The Belgian team will include:

There's the possibility of an eighth rider too, because you can never make the Cross Worlds too Belgian. I'm sure people feel this way about America when watching, say, the Italian pro basketball league.

Up north, Lars van der Haar leads the Dutch contingent to Louisville in just under three weeks, with Thijs van Amerongen and Twan van den Brand on the men's side and Marianne Vos, Sanne van Paassen and Sabrina Stultiens heading up the elite women. Vos won yesterday too, and unlike Lars Boom, the never-ending Dutch men's champion, Vos is a threat to keep on winning in the dirt, being the defending World Champion and all.

I like Lars Boom as much as anyone (OK, that's not true, since I have met a guy with the homemade Lars hat), and while I'm reluctant to go all Niels Albert and call him a fake crosser -- what else should Boom do? -- I appreciate that the NL contingent will be its best riders. My sense of Boom is that he can't escape his CX history if he wanted to; now that he doesn't have a jersey to defend will he drop the discipline altogether? Probably not. Why would anyone? But his priorities are crystal-clear, and his road career is headed in a good direction. Littler Lars (not all that little) is a worthy champion and it's fun to watch him develop into the next Dutch World Champ, maybe. Before he departs for road racing.

Thanks to Klaas Vantornout neighbor Patrick Verhoest for the pics! It really is a small country.