Share All sharing options for: The OPQS Rollout Gala Thru Patrick Verhoest's Lens!

Remember the other day when Omega Pharma-Quick Step won the offseason by having its team rollout at the Eddy Merckx Velodrome and Cycling Laboratory/University/Night Club? 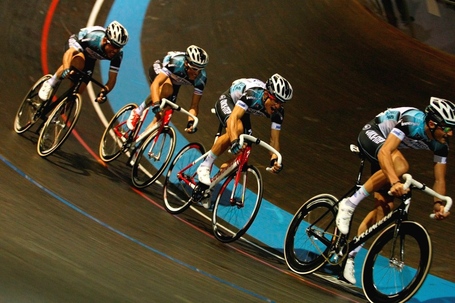 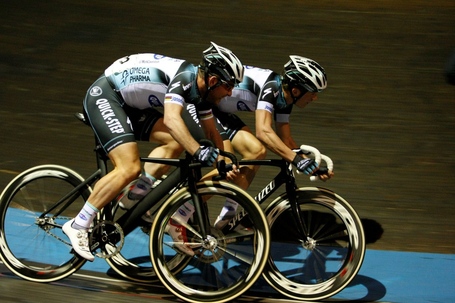 It all started at a spaceship from the Planet Cycling, which of course has touched down outside of Gent. 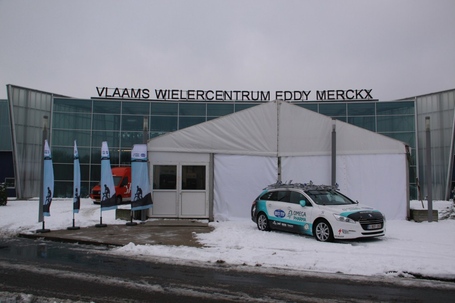 It's a bit more welcoming inside. Like most spaceships. 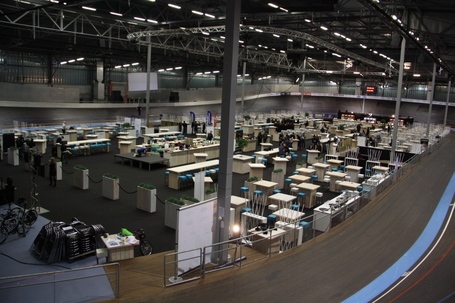 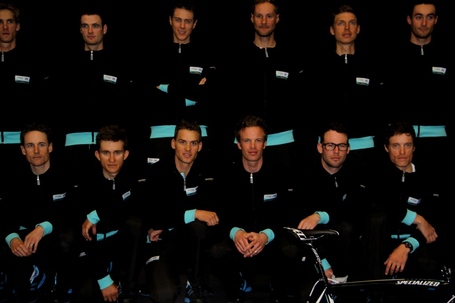 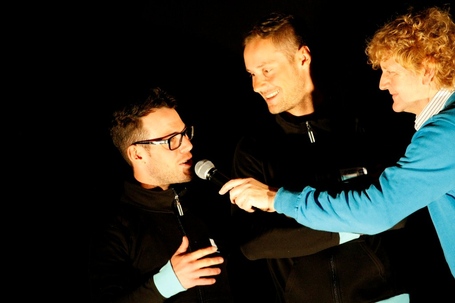 Cav, ever the guy to make a big deal out of team stuff, had the whole family in tow. 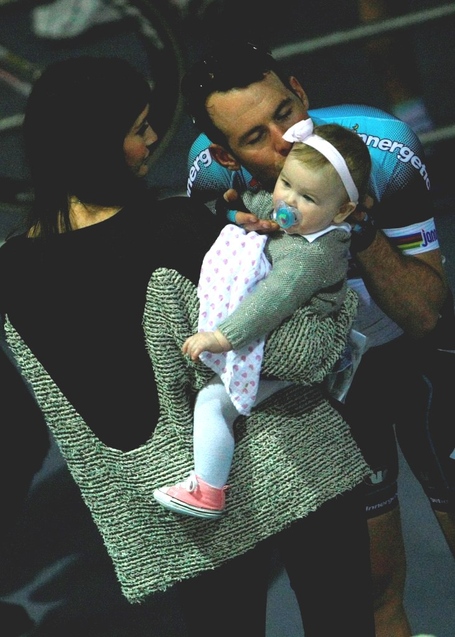 And of course Boonen, either showing off his new ink (Polyneisian?) or taunting Cav for kissing babies: 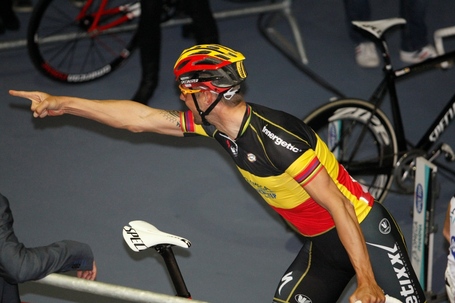 There were lots of different track... thingies. Here's track star Iljo Keisse doing a track thingy involving a guy on a moped: 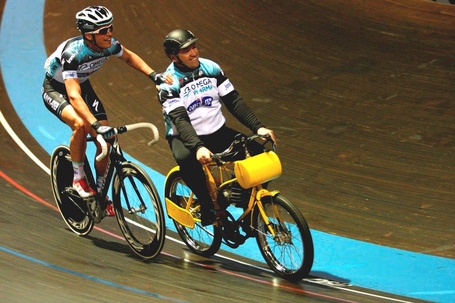 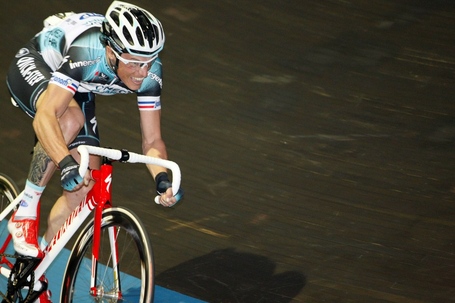 Here's Iljo Keisse (I think?) looking like the dude from our old logo: 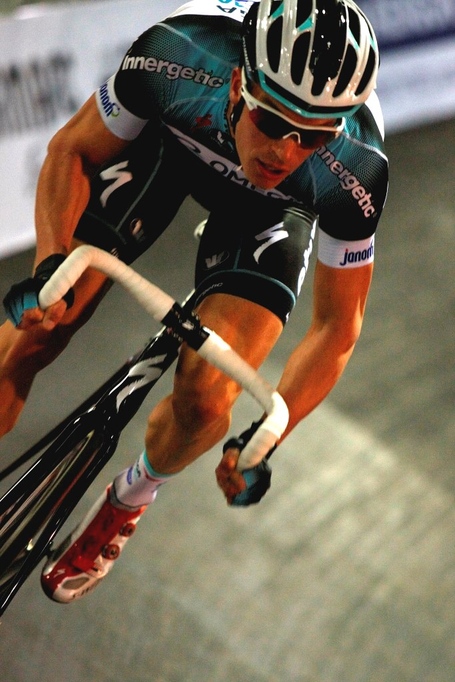 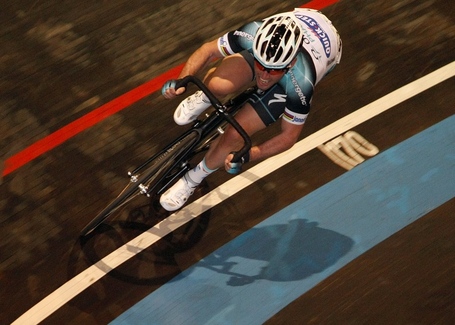 And here's a whole bunch of guys doing one of those everyone-onto-the-track thingies. 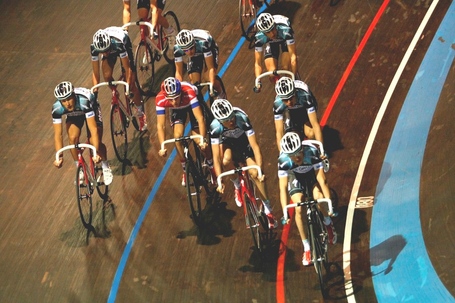 No idea what happened with that one. But I do know that the highlight of the day was Tommeke vs. Cav. Cavendish had the speed and the track chops, but Tom's a pretty versatile guy, and anyway Cav knows well enough not to upstage Tom Boonen in Gent, at least not now that they're teammates. But it got... cozy: 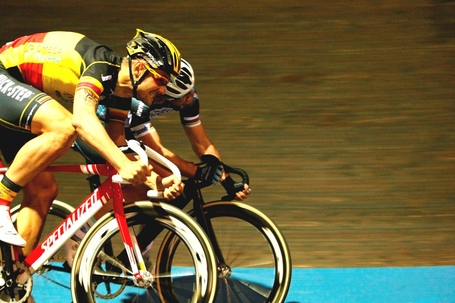 Boonen won pretty much all day, a harbinger of things to come this season. 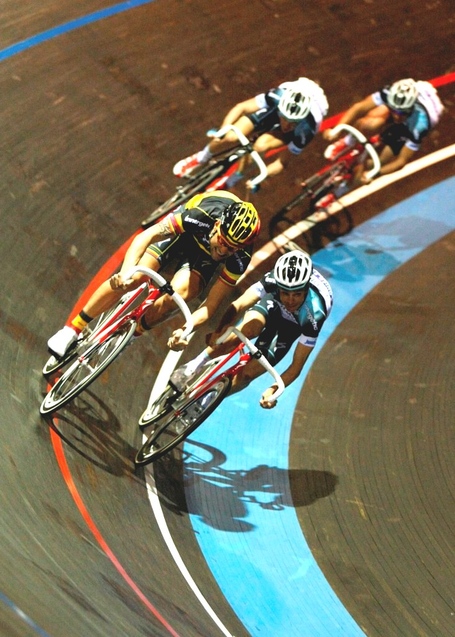 And there was much rejoicing... 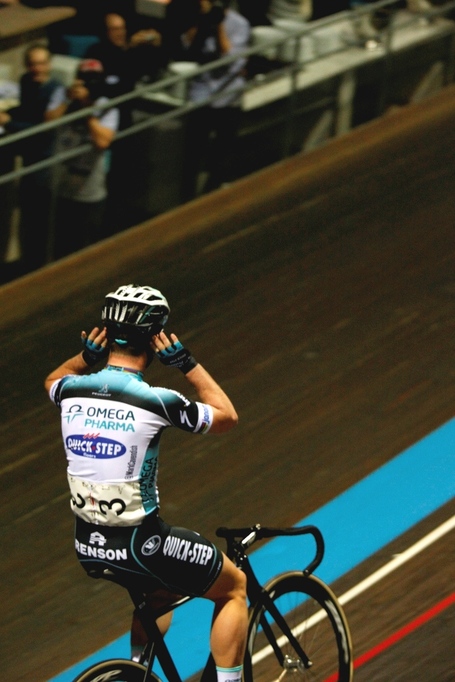