... And Patrick Verhoest was there.

Share All sharing options for: Cyclelive Plus-Zannata Roll Out in Kortrijk

The Ladies know how to roll out a bike team nowadays too. And so, in Kortrijk yesterday, the newly-formed Cyclelive Plus-Zannata team trotted out its riders and hardware to the press. The headlining acts for this 10-rider UCI team, sponsored by a Belgian magazine and bicycle manufacturer, are local gal and former Ronde van Vlaanderen winner Grace Verbeke and American classics rider Liz Hatch. Former Belgian star Heidi Van De Vijver is calling the shots from the team car.

Both star riders are on the comeback trail. For Verbeke, the comeback is from injuries suffered in a training accident in late 2011 where she was struck by a car, suffered a fracture near her eye and other injuries, and never made it back to the peloton in 2012. She had planned to join Van De Vijver on the Kleo squad once she recovered, but other ailments scotched that too. Prior to her lost year, Verbeke spent three consecutive seasons in the top 20 world rankings, so at age 28 her return to prominence is a reasonable expectation, once she shakes off the rust.

Hatch, meanwhile, packed up her bike and went home after 2011, disillusioned by the poor pay and finding herself on the wrong side of thirty. Her last two seasons with Lotto Ladies/Honda were discouraging as well. Nevertheless, the new squad was enough to tempt her out of retirement, and she told Patrick she's happy to be back, aiming for results later in the year after so much time off the bike. The team is all too happy to capitalize on her (ahem) popularity, if their press releases are any indication, but hopefully for Hatch the real story this year will be told on the bike, in either a starring or complementary role.

Aussie climber Carla Ryan is also coming aboard, just off a productive year at AA Drink, finishing 15th in the Route de France plus wins in the Ronde van Ijsseldelta and a stage of the Tour de l'Ardeche. Belgians Annelijs Van Doorslaer and Liselot Decroix will bring some hammering power to their home nation races. Latoya Brulee is the designated sprinter. Monique van de Ree, Marissa Otten, Annelies Dom and Daisy Depoorter round out the squad. Here's the team rollout: 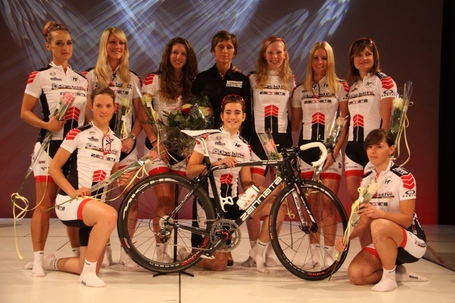 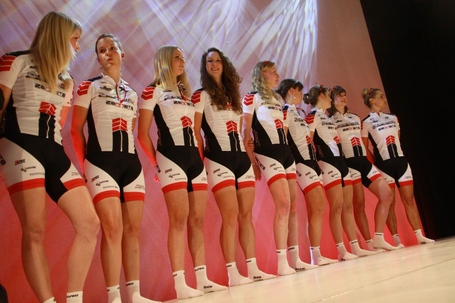 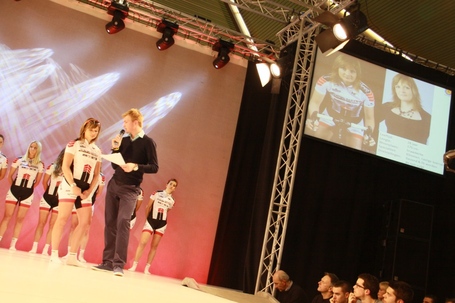 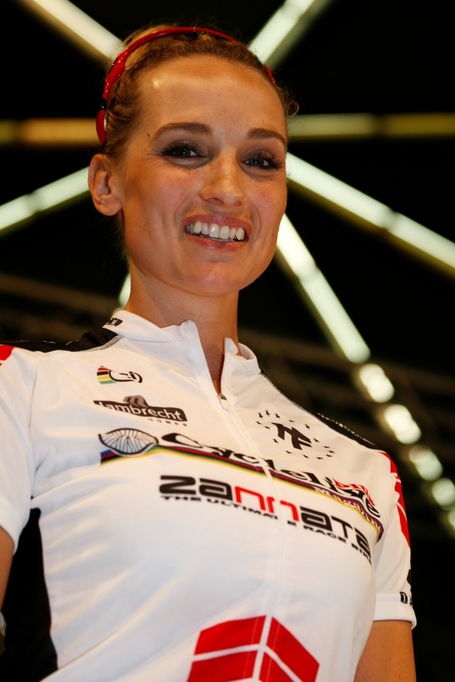 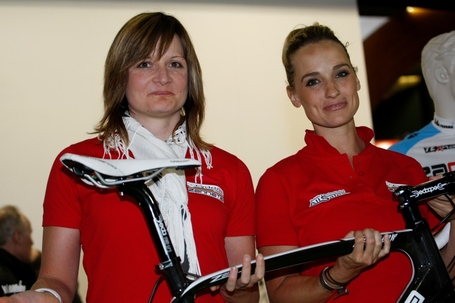