It's a Belgian oddball double-header, with Bollekescross and Niel.

Cross is great, Cross is good, let us thank Cross for our... 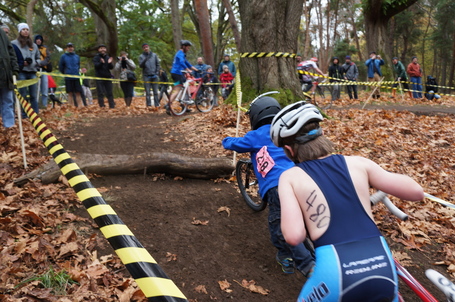 What? Oh, yeah, it's our very big CX weekend here in Seattle, with much merriment about to be made a few blocks from my house. DS Little Bear will be rocking the blue fleece through our muddy forest. I'll even have some extra-special company... 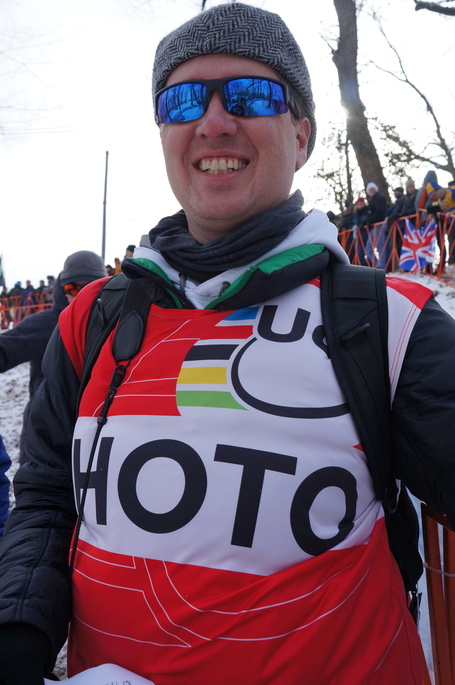 Look for race photos... featuring Megabeth! And maybe Tyler Farrar, if he's got the same agenda as last year. We can only hope.

Anyway, back in the Bel Paese, Northern Hardman Edition, the fieldrunners take to two traditional Flemish courses, neither one being especially OMIGODSTOPWHATYOUREDOINGANDWATCH but then they can't all be, right? Let's look closer...

I've tried every way to gnome "bollekescross" and prove that it's bollocks Cross. No luck. But I know in my heart that it's true. What tgsgirl said...

It's time for a smidgeon of sanity in our cyclocross season - or else we'll all be bonkers by the time Omloop comes 'round again. We've had the entertaining craziness of Koppenberg and Zonhoven the past weekend, so how about we play it a bit more sane this time around? Let us be normal Belgians, and let's have a race with beer in the name. Yeah, that sounds sane. The Bollekescross hands out a really big glass of beer to the winner, which always makes for fun pictures.

Oh, and in case you were wondering about the actual race: some steep hills, but pretty fast none the less. It's not too bad, but it's not often a highlight of the season either. Except that one time when the country flooded and the riders basically had to swim the course. That was fun.

So it's a solid race, full of comforting cultural markers (beer) and fine competition. The race is perhaps lacking in craziness, but not punchiness, or narrow lanes, or loveliness for that matter. Also a pretty massive bridge. And like any course, if it rains enough...

Well alrighty then. See for yourself. 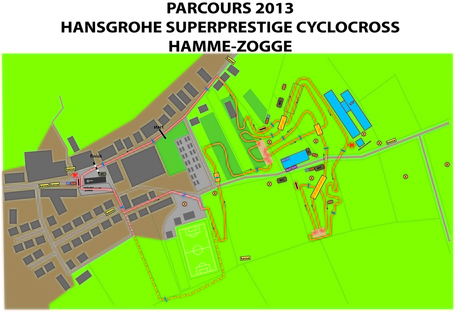 Another nickname for this race could be Svennekescross; in eleven Superprestige editions, eight of them have been won by someone named Sven. In 2004, Sven Vantorenhout did the honors. On seven other occasions, it was Sven Nys. As usual, if Nys is good at it, it's probably a tough race.

Currently Nys leads the Superprestige competition, by a single point over Klaas Vantornout, and with Niels Albert, Lars van der Haar, Tom Meeusen and Bart Aernouts all within eight points. Probably not the best day to make up ground on Nys, but Vantornout could be under pressure to retain his ranking -- he dropped a full minute here in 2012.

A little Dutch 101. Jaar means year, markt means market and cross means cross. That wasn't too hard, was it? The Jaarmarkcross in Niel coincides with the Jaarmarkt or yearly market - a fest going back to the middle ages, when traders from all around the area would gather in one particular town or village for a few weeks, mostly to trade goods. Nowadays the focus is less on commerce and more on booze, which is where the 'cross part comes in. The Jaarmarktcross in Niel has been around since 1963, and they've had the world champion at the start for every edition. The course isn't too spectacular, but the U23 kids do get to race alongside the big boys for this one, which I always like. Gives one a chance to play spot-the-talent.

And that last bit, that's why we watch. To see Mathieu van der Poel against the senior elites. [Full startlist here.] To date, van der Poel has come on like the next Marianne Vos, winning early and often. This is when we last saw him, as a junior: 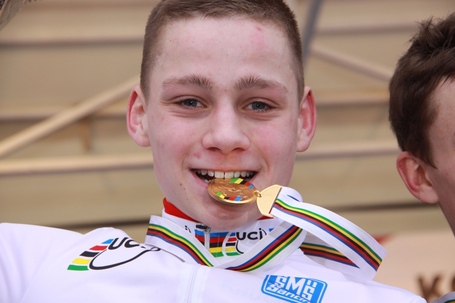 As a U23 rider, in his first season, he's won at Ronse, Tabor and Ruddervoorde. He came second to Michael Vantornhout at the Euro championships. These are all remarkable accomplishments for a guy who hasn't yet turned 19. Really remarkable. The last guy to make such an early splash at the U23 level was Niels Albert. The idea of seeing him against the senior elites is probably too delicious to be true, but I'll watch for that reason regardless.

Niel is a stand-alone event, no standings to report, but history says it's another Sven-vs-Niels event. Niels in Niel. Too easy.