A little Christmas surprise from our man in Belgium...

It was quite a day in Namur on Sunday, site of the Citadelcross, one of the hardest days in the sport. Thankfully (for us), it was one of the muddier ones too. Our man Patrick Verhoest made the trek down to Wallonia and we reap the benefits. Enjoy! 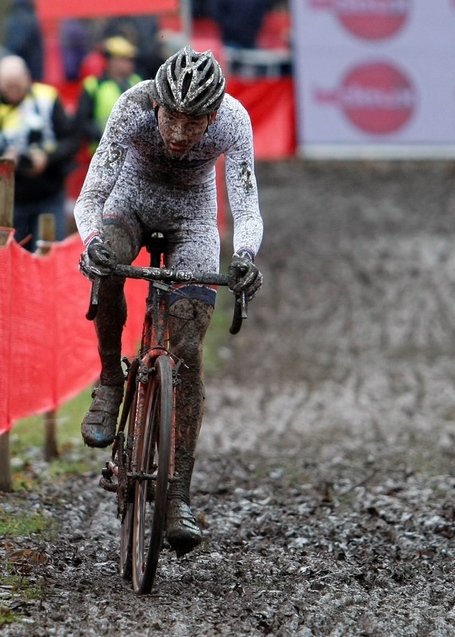 Wout Van Aert, as usual, was there to challenge the Dutch kid. 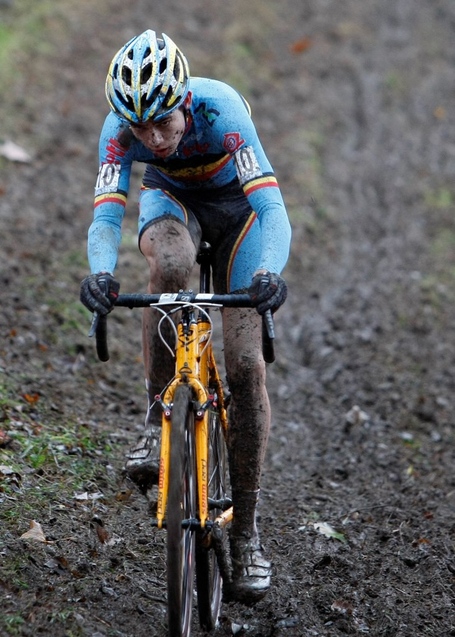 And surprisingly, it was van der Poel struggling... 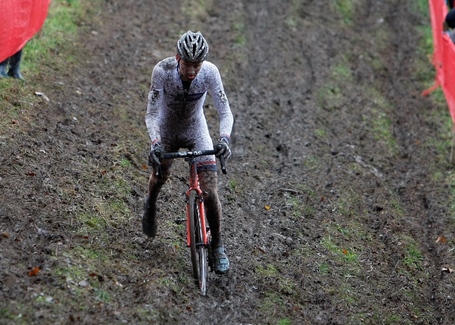 While Van Aert went on to take the win! 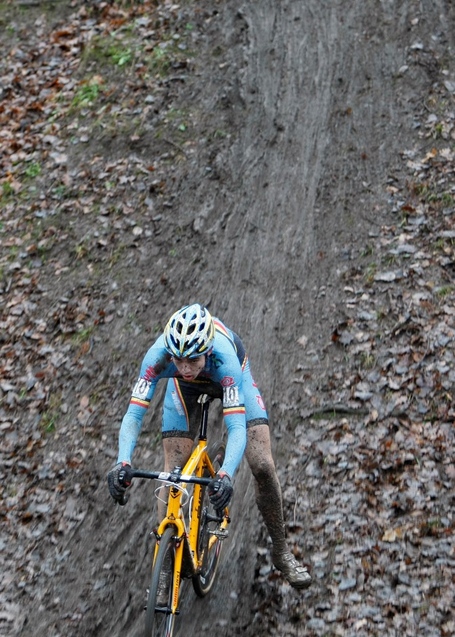 OK, between races the men warmed up... and got a taste of what this day was gonna be like. 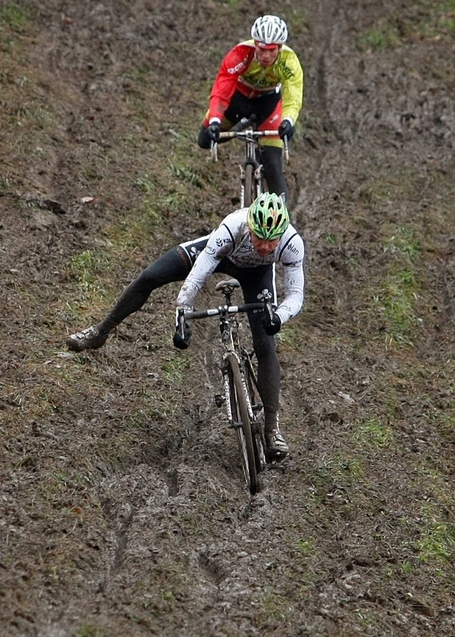 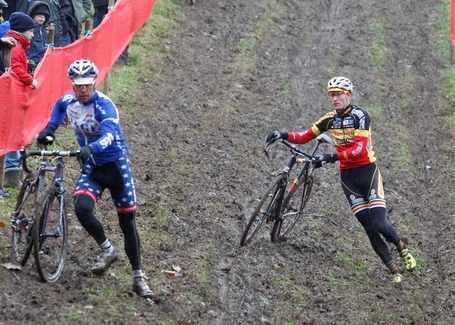 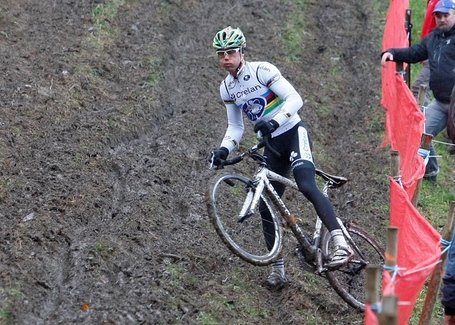 And the Elite Women are off! 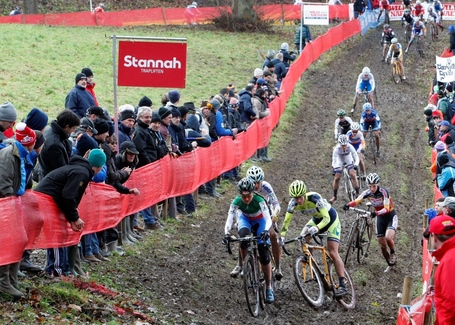 This off-camber stretch was completely ridiculous, far harder than it looked. 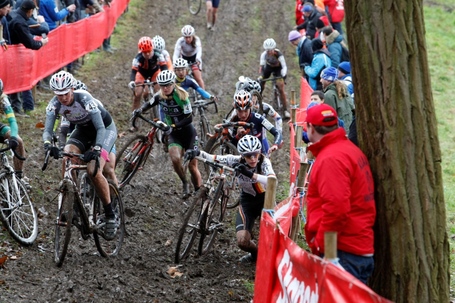 But one rider didn't seem to mind: Katie F'n Compton. 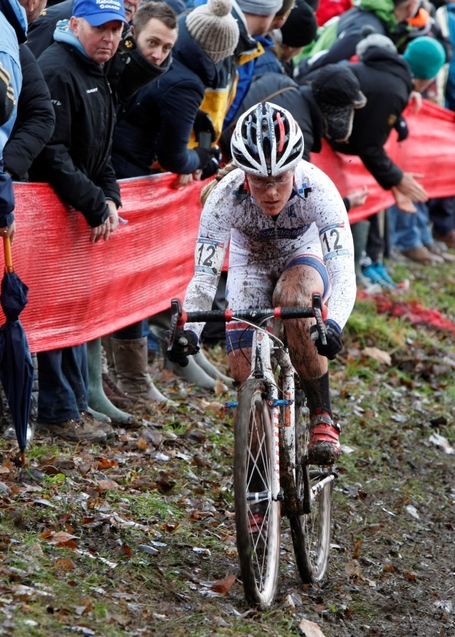 Marianne Vos was back in the saddle, giving chase. 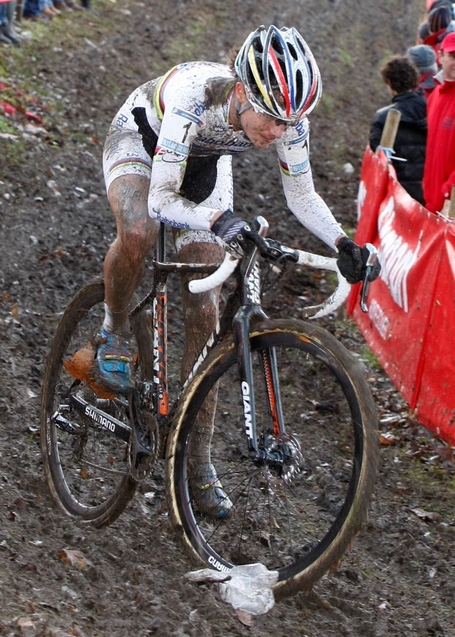 Nikki Harris shows what it takes just to stay up: 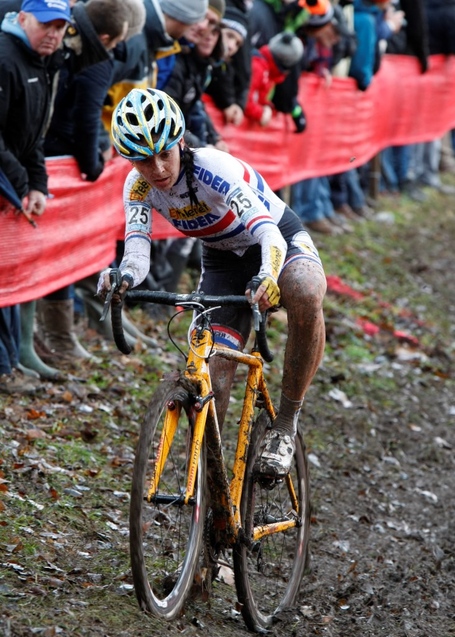 Compton had this one though: 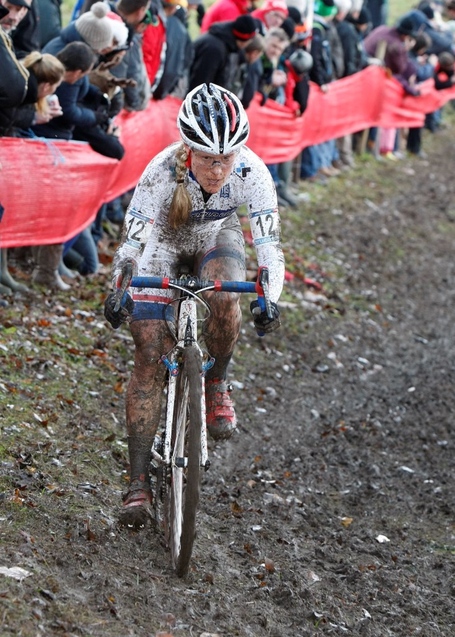 Nice to see the World Champion back in the game, though it wasn't her day just yet. 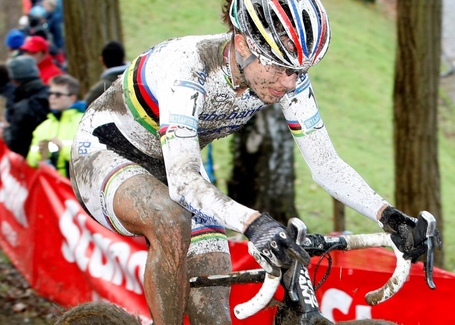 OK, time for the Elite men. Fans have been waiting patiently...

Holiday gift of the season? That would be this hat: 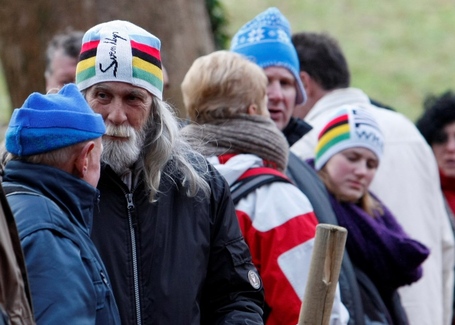 Yep. A Sven signature rainbow woollie. Anyhow, off to the race, where Francis Mouray, as usual, wasted no time in getting busy: 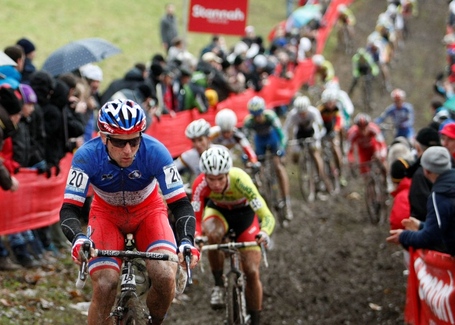 Chaos reigned behind, though one rider seemed to stay on his bike OK. (Until the penultimate lap) 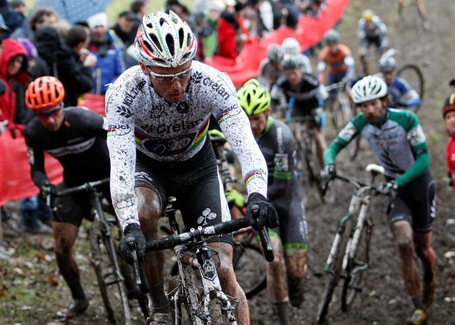 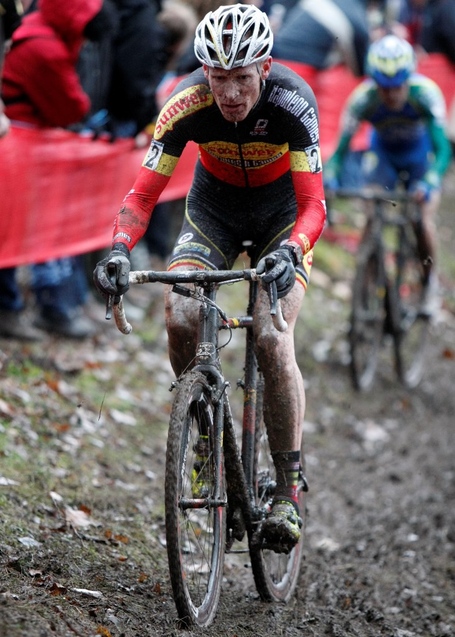 So too Lars van der Haar, forced to desperately chase back the main guys in order to protect his slim lead in the World Cup: 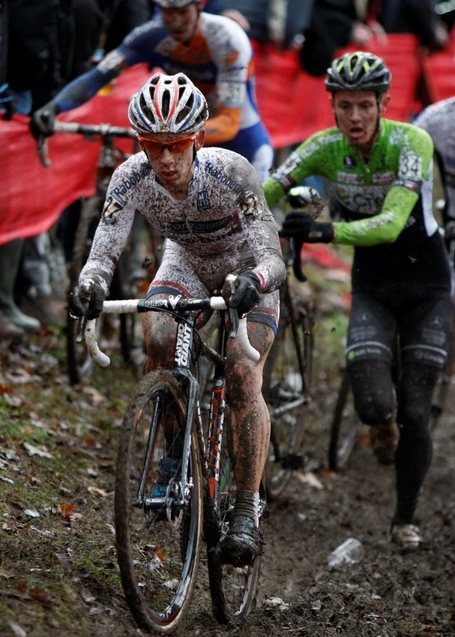 Philip Walsleben, here picking his line with Julian Taramarcaz, had van der Haar under serious pressure all day. Walsleben came in only two points back of Lars. 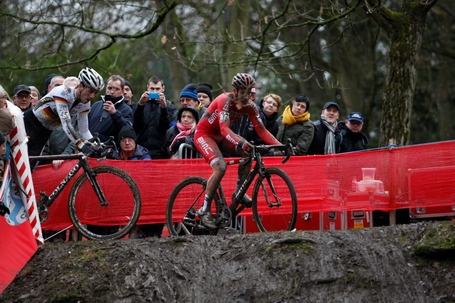 Didn't end up any closer. Meanwhile, picking the lines for the descent was paramount. Here two old vets show how it's done. 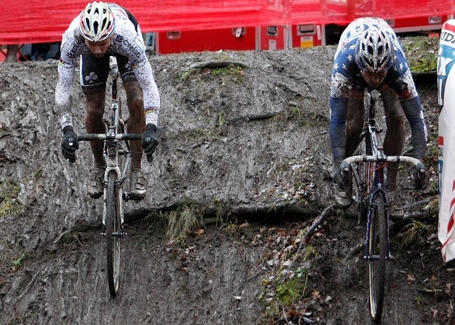 Lars takes the one with the tree roots, which somehow was the lesser evil: 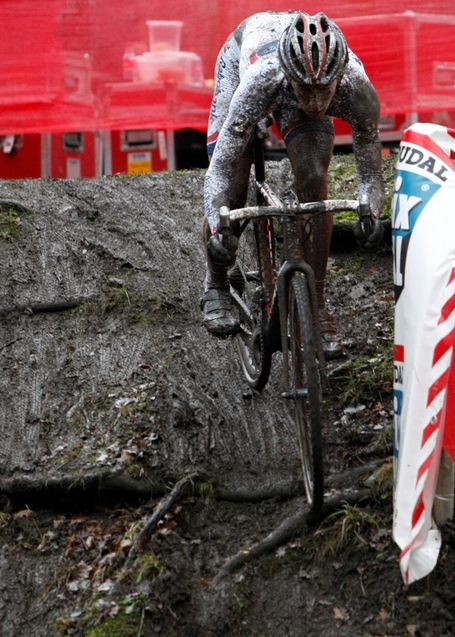 Kevin Pauwels was under the weather and not really in the race. 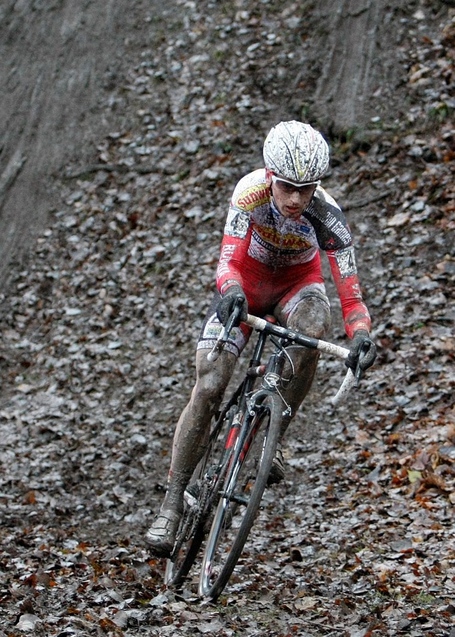 But he looks fantastic anyway. OK, back to the main men... 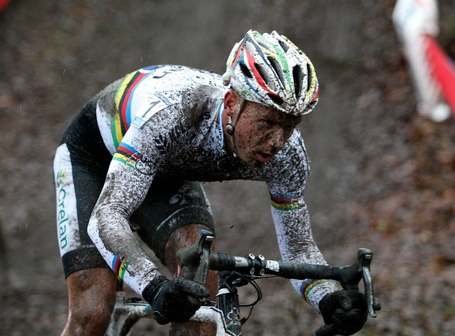 Yeah yeah. KVT shows how tenuous it all was: 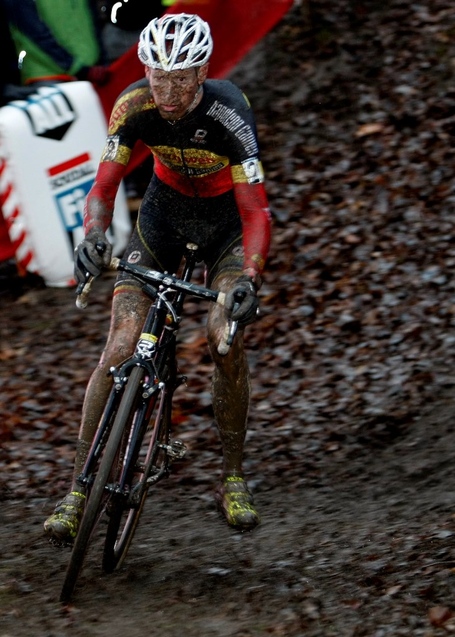 Niels Albert made the podium with a late surge: 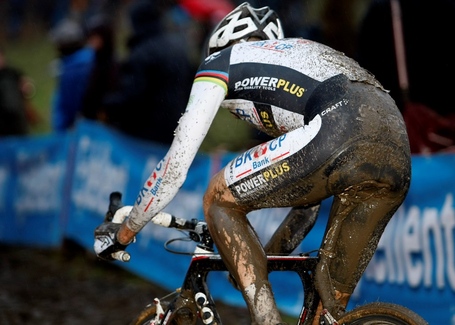 But nobody could catch Mouray, who wore the price of victory on his face: 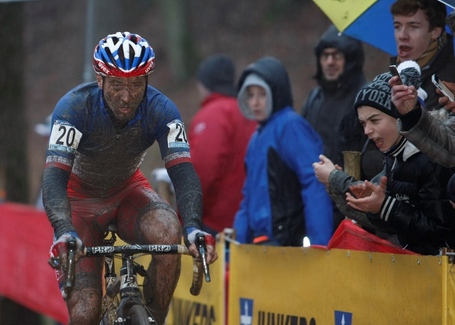