Everything you need to know. Now!

Share All sharing options for: Worlds 2013: Your Big On Scene Mega-Update!

Yep, it's nice to be here. My morning has been interesting. First, I was late to meet Marianne (we're on a first name basis now) because our Official Podium Cafe Undisclosed Location is separated from humanity by a very treacherous driveway. But I made it with enough time to chat with my new BFF (more later), and to zip on over to the Belgian-only press breakfast, where I wasn't exactly invited but was tolerated, and while interviews weren't on the menu, photos were. 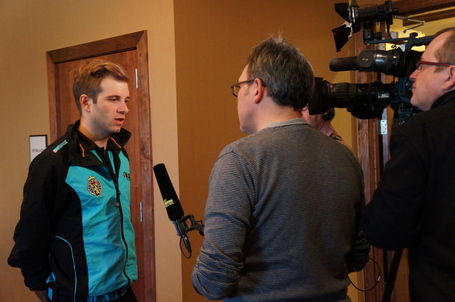 Niels and Sven were the targets. I didn't even see Pauwels. Klaas was around. Not sure about some of the others. No Bartje I don't think. 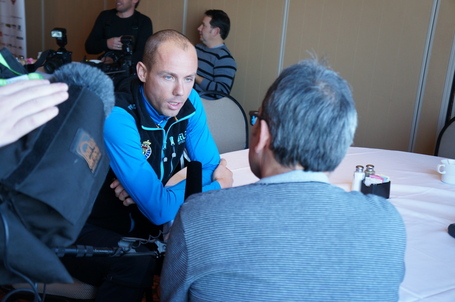 OK, the course. First, the issue is that the Ohio River is rising, which raises the creek next to the course. They're sandbagging it -- man, that felt strange to say -- and while Sunday the river might not comply, they think it'll be OK for Saturday. If there are any more surprises, they will call on all the Dutch people to help out. 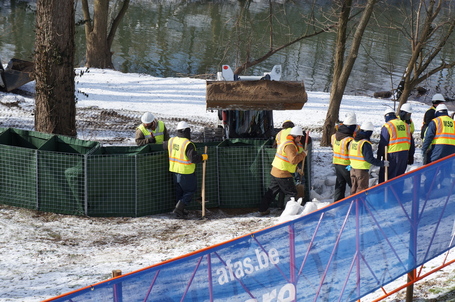 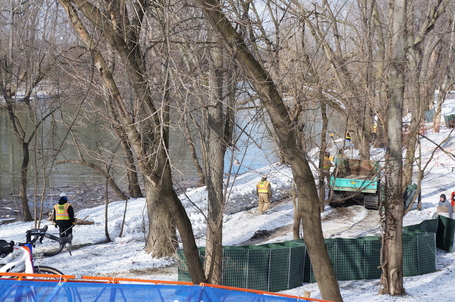 That green thing is a wall of sandbags. Like I said, it doesn't look like it'll be a problem, but they're pretty good at predicting river crests, so I am guessing Sunday is not gonna be OK.

So, if all the races are tomorrow, as they are, then we have a pretty good idea of the course's condition. This shows you all you need to see: 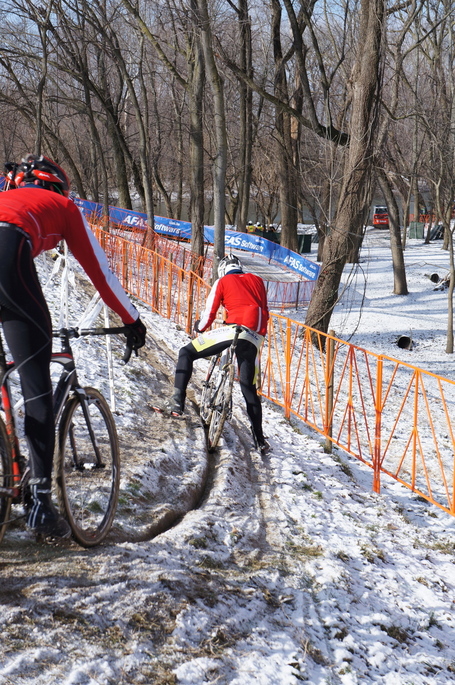 That nasty off-camber rut is where everyone is trying to ride. It's frozen into place as the ground goes from soft to hard. There are other tracks but in ten minutes I didn't see anyone try them. And there's a price to pay for failure. 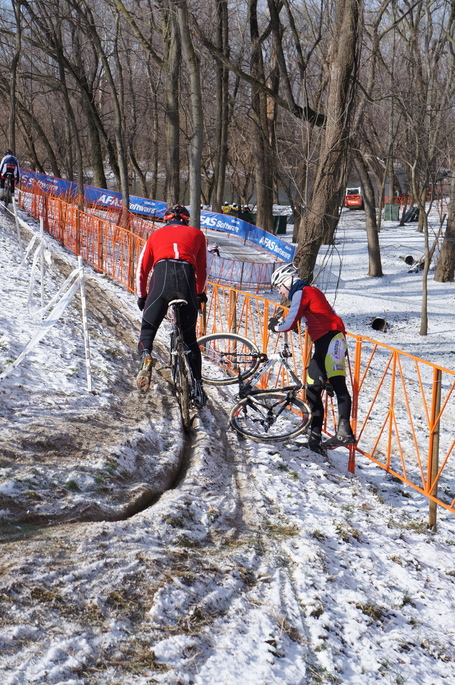 There's a standard-issue 180 up and down. Here's Page after trying to ride the up: 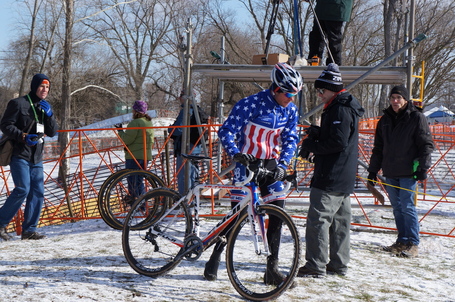 Page is the sheit. He was one of the only people trying to ride it. I just like his attitude. Anyway, it's probably best to run it, but now we know.

The course is going to be fast but difficult. The temps aren't rising above freezing anytime soon. If anything, the snow that's there will increase, with flurries in the forecast. There will be no mud. The Belgians aren't going to run away with everything, at least as far as circumstances dictate. They'll probably win, but the deck isn't as stacked as it could have been. It's going to be a fantastic race and one big, unbelievable day.

OK, a few more pics, then I have to run. Tomorrow Sui Juris will be up with the real pics. 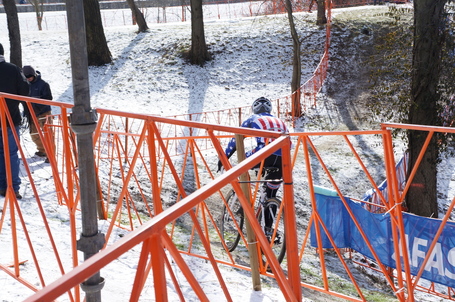 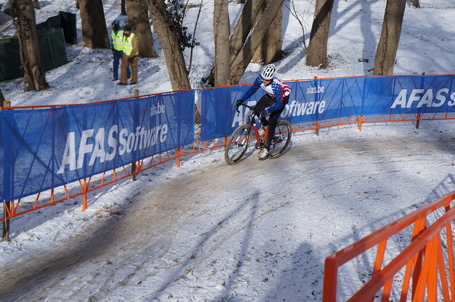 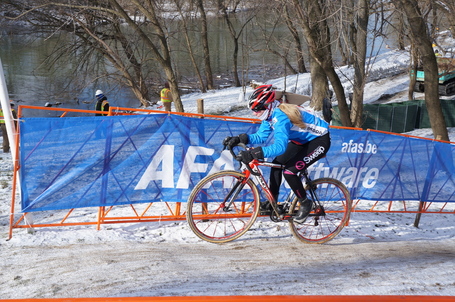 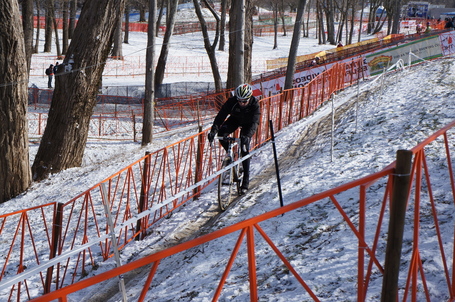