The orange-clad emblem of Basque Cycling is back in business, but not business as usual.

Take the Euskaltel-Euskadi team. Their name tells a story, specifically that they are a creation of a local Basque foundation where fans send in money to help run the team. I'm not the Staff Historian, so how unique this arrangement is from the perspective of geologic time, I can't say, but a fan-funded team in 2013 is all sorts of Awesome. And yet, they are also the product of a traditional corporate sponsor (telecommunications, again). Two competing agendas, really, one international and another so classically insular. For a long, long time the latter has ruled this team. Until now.

Gone, as of this year, in exchange for the continued existence of Euskaltel-Euskadi as a World Tour entity, is the old team rule that it would only take on riders who were either certifiably Basque or who had some other close connection, e.g. Samuel Sanchez who migrated over from Asturias at age 18 to pursue cycling in Basque development teams. Gone is the prioritization of cultural identity, replaced instead by a renewed pledge to be a top World Tour team, in all respects. Gone is the Fundacion from the active management of the team (they formed the team and had long handled logistics; now they're a minor funder). Manager Igor Gonzalez de Galdeano spent the winter talking of becoming a global elite cycling venture, professing to have discovered the value of pursuing results "from second thru tenth," as opposed to going for the win or going home. Actually, I'm not sure this is a good thing. Whatever it is, it will still be very, very Basque.

Whatever it turns out to be, it'll be different.

Erm, we haven't done much on the car... uh, the boys in Orange. But for good reason: the team had settled into a comfortable pattern of stage-hunting success and high finishes or near-misses in the Vuelta and the Tour de France. Pretty standard stuff for a regional team focused on climbing past throngs of their adoring fans. So, had we set some expectations, they probably would have centered around Igor Anton maybe making it through a Vuelta intact, or Samu Sanchez defending his Tour placings and Olympic gold medal... not that the latter was ever likely, on that course.

Meh. Lots of meh. A grand total of eight victories, capped by Samu's overall Vuelta al Pais Vasco title, a smattering of stage wins, very little presence in the Vuelta, and the emergence of Ion Izagirre. Basically, a down year for a team which prides itself on results in the Spanish one-week tours and the Vuelta, plus an insurgency or two in the Tour de France.

But that bit about Izagirre... this was a pretty big deal. Gorka's younger brother, in his second season at the top level, exceeded his performances from the U23 days (he turned 24 last weekend), with a stage win at the Giro d'Italia, a short time trial victory in the Asturias, and a strong challenge in the Tour of Poland. This last bit is interesting: the kid gets it when it comes to UCI points. Further proof? He just finished fourth in the TDU. If this isn't exactly what Euskaltel needed, then I'm not sure what is.

[I know the UCI points system isn't beloved by all and there was some chatter earlier on that Euskaltel were making odd choices in the name of points, but in Izagirre at least they have a guy who racks up points, and kicks ass.]

Sanchez remained the team's cornerstone, despite a dropoff in points from his consistent production which saw him ranked between 4th and 10th in the world for five of the last six years. His run of good luck and health ended with a broken collarbone on stage 8 of the Tour de France, which snuffed his hopes of at least showing up to defend his signature title, the Olympic road race gold medal he won in Beijing. He did recover to earn his customary second place at Lombardia, so things are back to normal now.

Anton, the team's other star, suffered through another disappointing campaign, the highlight of which was a nice ride in the Vuelta a Burgos, on the eve of the Vuelta a Espana, which nicely did the job of setting his fans up for disappointment again. Anton felt chipper after a relatively consistent ride, but his time trialing left him off the podium, and he conceded time in dribs and drabs en route to a ninth place overall. Granted, the Vuelta has gotten very competitive again in the years since his ill-fated demise in 2010, when he had the race in his pocket before crashing out entirely in a split second. But as he approaches his 30th birthday, it's time to keep expectations permanently low.

Top Three Highlights (besides the whole continuing to exist thing) 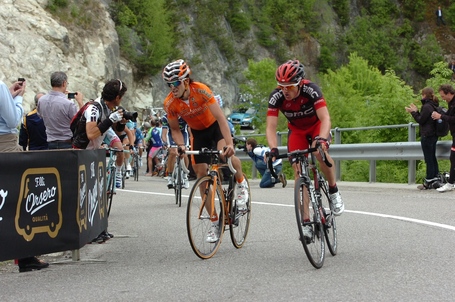 More of the same, only slightly improved, with a longer-term outlook for things to get even better. Maybe Mikel Nieve (10th in Giro, 5th in Suisse), slightly younger than Anton, will find the Tour de France more to his liking than the punchier slopes of the Vuelta. Maybe Anton, the Izagirres and Samu will make an unbeatable team in the Giro and/or Vuelta. Izagirre, with his abilities against the watch -- not totally hopeless, at least in Spanish races -- will open some doors.

Longer term, with eight riders under 25 and a budget that just (supposedly) tripled, it will be interesting to see where the roster goes. Sanchez won't be around forever, so his dollars will come off the books. Euskaltel's first offseason venture into the foreign market wasn't exactly a show-stopper, but Serebryakov was a solid pickup and the rest are mostly young and/or useful. This is a unique team -- not rich and powerful, not vastly influential, but as smaller World Tour teams go they can offer a story and a rabid fanbase. Given a full year to recruit talent, will the 2013-14 transfer season be more exciting? Quite possibly. I wouldn't call them a team to watch in 2013, but beyond that, all bets are off.

Oh, and if you're a fan of this team, bookmark the Basque Cycling News website. You'll never lack for English updates again. 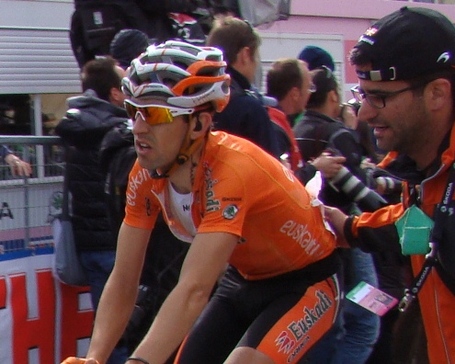