Wearing the race leader’s yellow jersey, Laurent Fignon lost the final time trial of a French stage race which he had first won six years previously, and in doing so lost the race overall by eight seconds. If you’re thinking you’ve heard the story of the 1989 Tour de France too many times before, think again, because Fignon lost this race in 1988.

It was in the Criterium International in Antibes in the South of France. This race consisted of three stages in 1988, one rolling, one hilly and one time trial, just as it still does today.

The Criterium International has not always borne the name it currently carries. When it was first organised back in 1932 it was known simply as the Criterium National, and as such it was only open to French riders. The first edition, a 207km one-day race, was won by the Bretagne rider Leon Le Calvez. The race would remain a one-day affair (although from 1941-1943 there were two separate editions each year) until 1963 when the race became three stages all raced in a single day.

Thereafter, some editions reverted back to the one day format until eventually, in 1978, it settled on the three stages over two days format for which it is now known.

It was also 1978 when the race opened its doors to riders of all nationalities (as long as they were riding for a French team). And the following year there were no restrictions at all on teams or nationalities and the race was won immediately by a non-Frenchman, Joop Zoetemelk of The Netherlands.

The following three years saw French riders reclaim the race as their own despite the presence of many a Johnny Foreigner. Michel Laurent, Bernard Hinault and Laurent Fignon all claimed victory.

But that victory by Fignon in 1982 remained the last by a Frenchman. So in 1988, Fignon deigned to once again restore French pride at the Criterium International.

Fignon was coming off the back of his first ever monument classic victory in Milan San Remo where he beat Maurizio Fondriest in a two-man sprint. The Frenchman was clearly in good form and was supremely confident that he would take the overall victory.

The Italian Moreno Argentin had won the opening stage of the race but it was Fignon who took control on the final morning by winning the hilly stage just ahead of Robert Millar and Erik Breukink.

But Breukink, the rising star of Dutch cycling, had reason to be angry as he mounted his time trial bike. The official timekeepers had attributed Fignon a two second gap ahead of himself and Millar on the morning stage, a time gap which the Dutchman thought had not existed and should not have been recorded in the official results.

This meant that Fignon held a five second overall lead over both Breukink and Millar heading into to the final 8km test – a significant gap to hold over two seemingly inferior time triallists and over such a short distance.

But Breukink said in defiant mood before the time trial "I’ll take a second a kilometre out of Fignon against the watch".

As it happened, Breukink took nearly two seconds a kilometre out of the Frenchman. This was almost exactly the same rate of time loss which was inflicted on him by Greg LeMond in the final time trial of the Tour de France just over one year later. 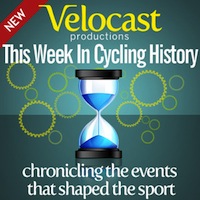