Share All sharing options for: Romandie Preview - The Queen Stage in Detail

It's only Thursday but I know you need help with your weekend plans.

Don't miss the massive Saturday alpine "queen stage" of the Tour de Romandie. With only a flat Time Trial to follow, the race will almost certainly be decided in the Vaudoise Alps high above UCI headquarters in Aigle.

The route starts by heading through the land of the cycling cheese. First past the shores of Lac de la Gruyère, then below the medieval perched village, and -- woohooo -- into the mountains 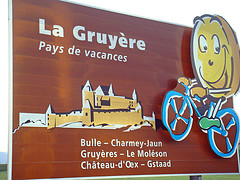 After a beautiful week of sunshine, the forecast for Saturday: wet and cold. Fingers crossed that there won't be new snow up high.

Don't let the profile below mislead you, the first climb of the day -- to Col des Mosses -- is not steep. Perhaps 4% average over the last uneven 14 kilometres. Although it's gently uphill for 20+ kms before the real climb even starts.

Tony Martin and friends may already be busy organising the Gruppetto here, eager to just survive the stage with an eye towards Sunday's Time Trial. Mark Cavendish? Geneva airport isn't too far away.

After Les Mosses, the peloton will descend into Les Diablerets ski station. Although by no means the highest roads in Switzerland, the region is dominated by huge alps - skiing continues into May on the Diablerets glacier above 3000 metres. This entire route is one that would bring a smile to any cyclotourist.

Sui Juris: the big gear is fake and purely for show. 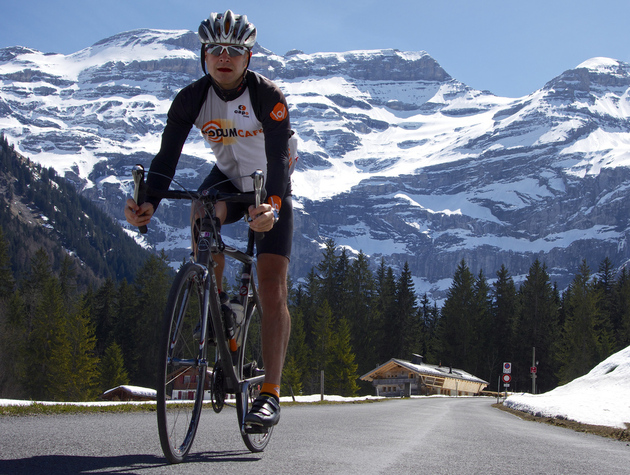 At Les Diablerets, the road turns up for the first of two ascents of Col de la Croix. As part of one of the nine Swiss National Cycling Routes, there is the usual helpful sign warning cyclists of the impending climb: 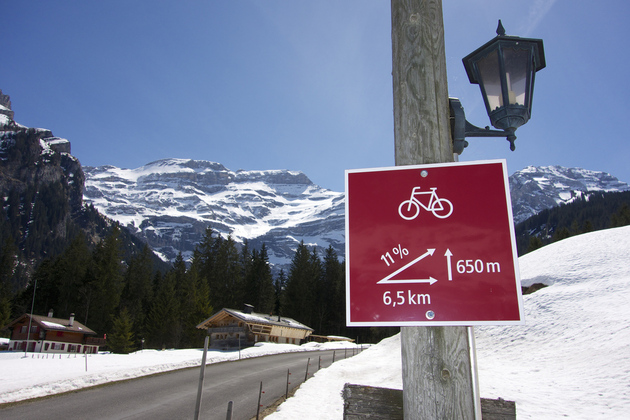 "I laugh every time I see this sign! Makes the start of the climb easier" - Alain Rumpf, UCI.

The math of the above sign is a little funky on a few fronts. See the profile below for a more accurate look of the difficulty.

If you've been following the Tour de Romandie build up, you've been hearing about the snow lined route. Col de la Croix is usually closed until well into May but has been specially cleared for the race. And after a snowier than usual winter, it's here that the fun begins. Again, fingers crossed that the weather is not too bad on Saturday.

Also remember, this climb is the exact road that - later in the stage - the riders will descend to the finish line. 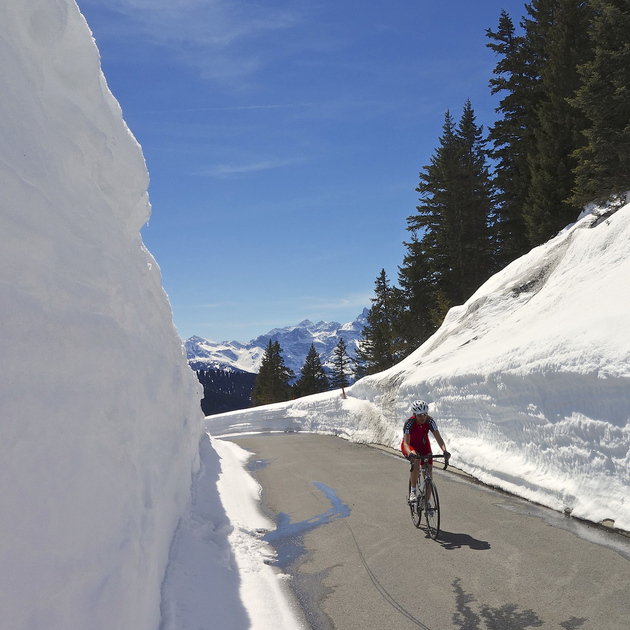 Next, is a fairly hair-raising 20 kilometre descent . Sometimes very steep, occasionally tricky, often bumpy, this will be fast. Several pros were scouting this last week and local knowledge may be useful.

After a freezing and likely wet descent, the riders will need to loosen up quickly as the next challenge, the Pas de Morgins starts almost immediately.

"Pas" is an old French word meaning narrow passage. The English (mountain) "pass" is related/derived from this.

Note, the Pas de Morgins will also appear in the initial Swiss-starting stage of the upcoming Critérium du Dauphiné. Any excuse for the good folks from Aigle to be near a stage?

At the summit of the Pas de Morgins, instead of crossing the border and descending into the French Abondonce valley, the peloton will literally make a U-turn and descend (partly on the same road, partly on a parallel road). This is a VERY non-technical descent. Tuck low and hug the bike frame. 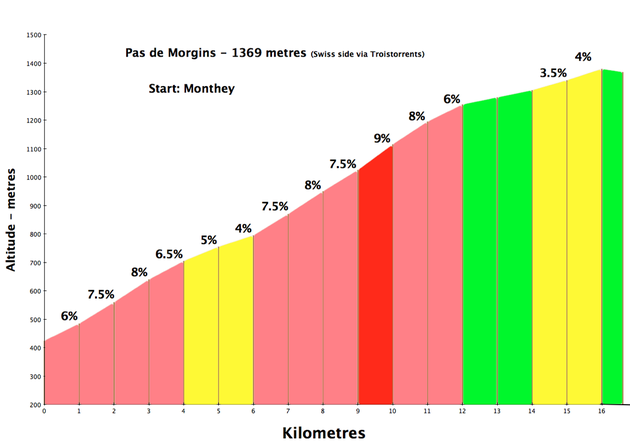 Again after a freezing descent, it will be almost immediately time to head up again. This final ascent of Col de la Croix is rated Category 1 only because Romandie isn't using the HC designation. But make no mistake: This is an Hors Catgorie climb, with the steepest stretches at the very top. 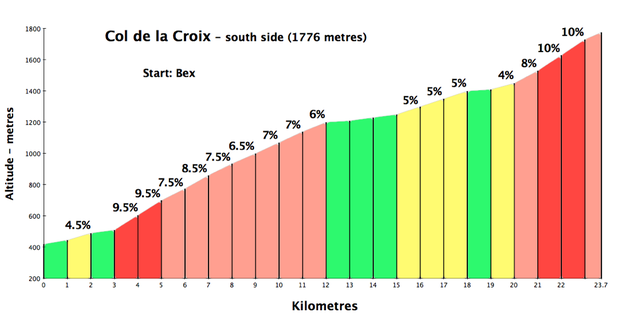 This should be fun. I expect team Podium Café to be doing most of the work at the front here: 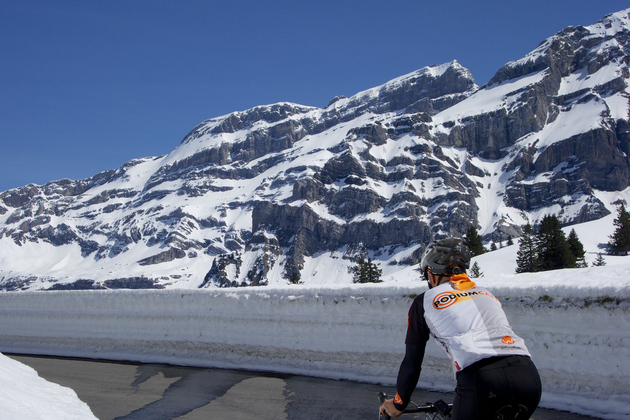 Finally, a hair-raising descent back into Les Diablerets. The same road they climbed earlier. This will be tricky. The road is relatively narrow, particularly with the snow. Plenty of hairpins. And even if it's sunny, there will be water all over the road - due to melting snow. If the stage is still undecided here: hold your breath.

OK, I am tired just writing about this stage. But I am also getting excited. Enjoy.