Grand Tour Season starts next weekend, and the Podium Cafe will be there every step of the way.

Grand Tours which come in with big expectations have a pretty long track record of letting fans down, and the Giro d'Italia has done this to us before. This is, after all, a race that was won by natives eleven consecutive years, thru 2008. But big parcourses and big names don't get it done on their own; it's big ambitions that make the sparks fly. Enter Bradley Wiggins.

The reigning Tour de France champion pulled the unusual move of announcing his intention to focus on the 2013 Giro d'Italia over the winter, with a nod to the Giro's traditions and his desire to expand his horizons -- an unusual if not unheard-of decision that has the potential to set this year's race on fire. A reigning Tour champion has often been seen using the Giro for some race miles, but rarely has one set aside his desire to repeat success on the biggest stage for a shot at glory in the world's #2 race. For virtually everyone who can make choices of this nature, it's all about the Tour. 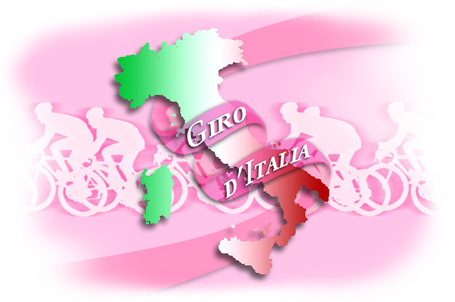 But the prospect of Wiggins and his dominant Sky team going all in starting in Naples next weekend has set us up for what may be a Giro for the ages. There are a lot of ways for us not to get there, starting with a 54km time trial that could put Wiggins a lap ahead of the field, draining away all hope of suspense. But if it's close the list of challengers says this should get fun. Ryder Hesjedal of Garmin is back to defend his title, putting his own considerable Tour de France hopes on the shelf for now. Vincenzo Nibali needs a win in his home grand tour to beef up his legacy's foundation, with the dream of a Tour win still seeming a bit distant. All three riders were last seen killing it in Trentino and/or Liege. Other champions -- Evans, Basso, Cunego -- wait in the wings, while hard-luck climbing stud Robert Gesink puts his legacy on the line as well.

Riders make the race, not the other way around, and Wiggins' decision has lit up the speculation around the Giro. Hopefully it lights up the race as well.

We will have a thousand million different Giro posts this week. Also, Jens will be live on-scene with WillJ for a stage or so. If we insist firmly enough, I bet we can get Jens to pose with Girbecco. A voi!