Share All sharing options for: Cancellara CrashWatch: Another Day, Another Tumble [UPDATED!] 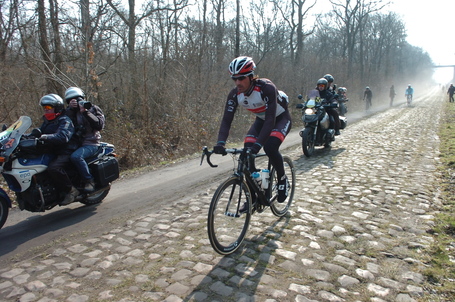 A day after going down in the Scheldeprijs and leaving some skin on the road, Fabian Cancellara of Radio Shack-Leopard-Trek went down again on the Wandignies secteur of Paris-Roubaix cobbles, making sport director Dirk Demol and teammates nervous about his condition for Sunday's Paris-Roubaix. Cancellara, the overwhelming favorite after winning the Ronde van Vlaanderen decisively last weekend, got up and carried on, and Demol told the Belgian press they think he's fine, but he was off to see the doctor by now regardless. Look for confirmation shortly that he remains on track for Sunday. And that he'll be kept under glass until then.

[UPDATE!] OK, now that we have video we can see what this whole matter is -- an elaborate ruse. Demol has found a body-double for Cancellara (plentiful in Flanders) and had him dump himself unceremoniously on a relatively unspectacular stretch of cobbles. Yes, I know it's plausible that this is Cancellara, but ask yourself: 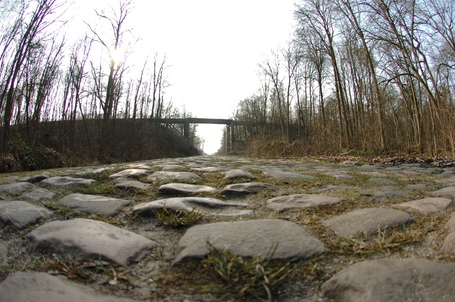