Saturday's long, technical time trial will be the first major challenge for the GC contenders at this year's Giro. 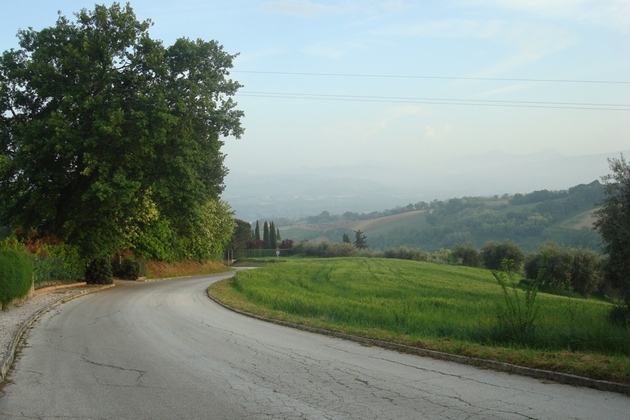 Stage eight's 54.8 kilometer time trial course from Gabicce Mare to Saltara is far from straightforward, but its difficulties should enhance, rather than detract from, Bradley Wiggins's status as the Grade A favorite for the stage win. The route should favor a cronoman who's an impeccable bike handler and a strong climber. In other words, as expected, the stage is Wiggins's to lose. 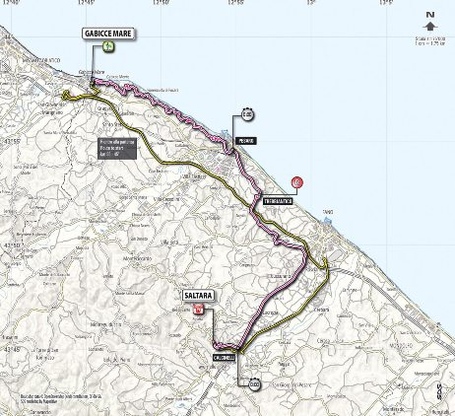 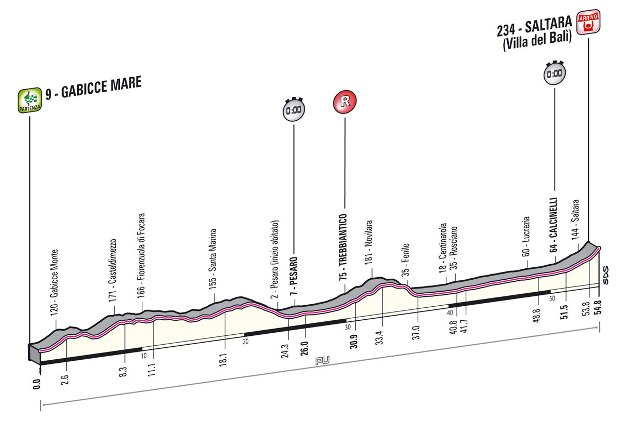 The course starts in the beach town of Gabicce Mare and features five 90-degree turns in the first kilometer before climbing into the Parco Naturale di Monte San Bartolo. The next 20 kilometers, on a twisty, bluff-top road above the Adriatic, should prove a challenge for all but the most proficient timetrial-bike handlers. A switchbacking descent on a gentle gradient takes the riders into Pesaro for the first time check at 26k.

The next 25 kilometers look fairly uncomplicated, with a small climb and descent and then a straight run into Calcinelli, where there's another time check at 51.5k. From there, the last three and a half kilometers are all uphill, but only the final kilometer is steep, with the last 650 meters averaging 11.2 percent. 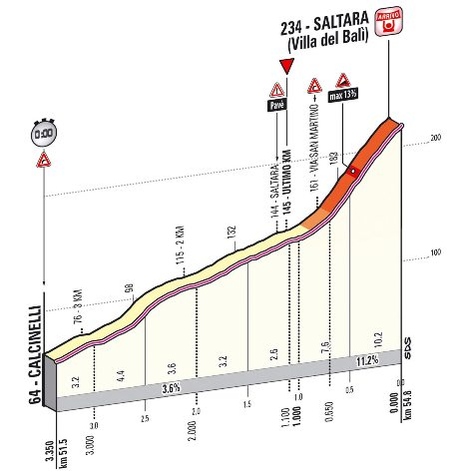 I stayed in Saltara last Saturday, at Villa del Balì, which houses a small hotel as well as the science museum that will serve as the stage headquarters. 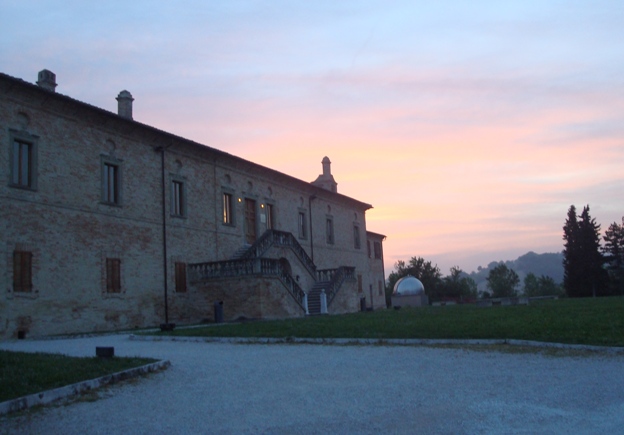 The manager of the hotel told me that Wiggins had been there a few weeks earlier, and had ridden the entire course. Word on the street in Saltara was that other contenders, including Hesjedal, had also been around to test-ride the course.

I took a few pictures of the final kilometer, which starts with a passage through the village of Saltara. 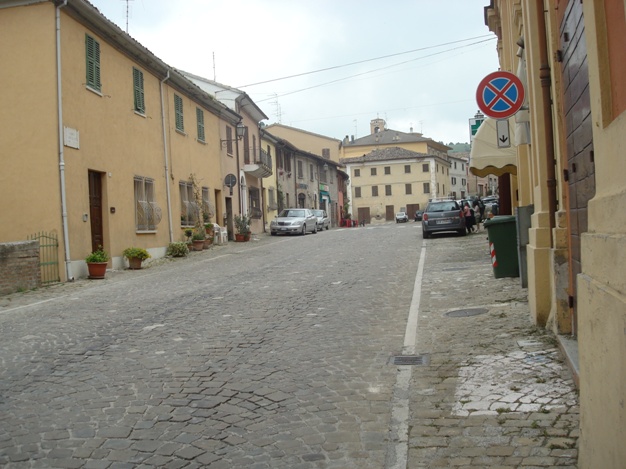 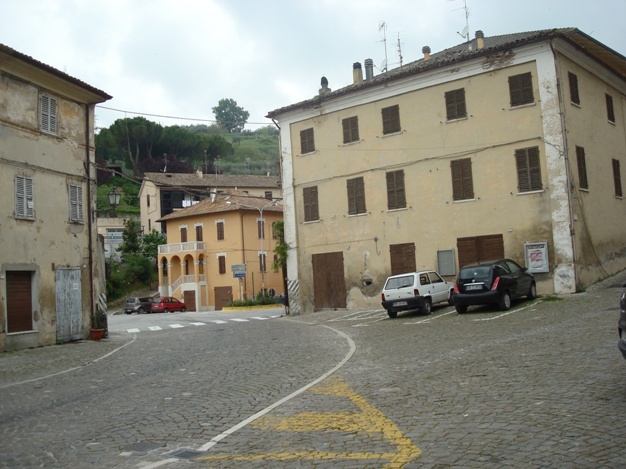 At the edge of the town center, the climb starts in earnest. 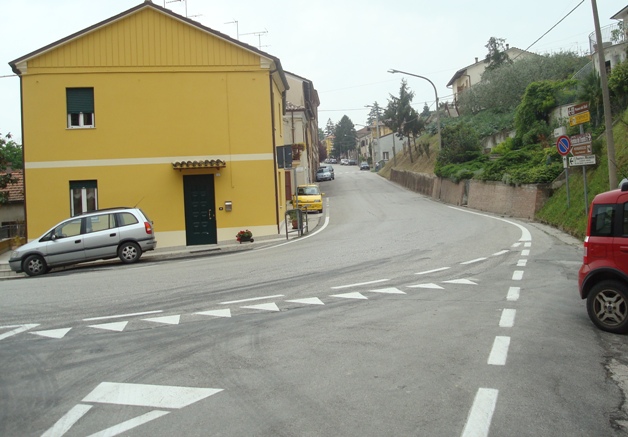 Some shots of the final 650 meters: 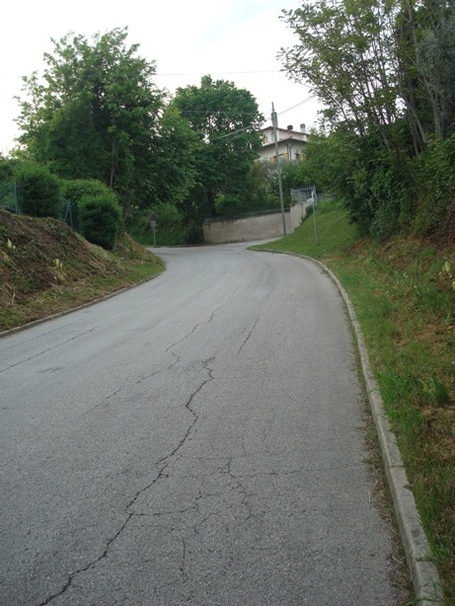 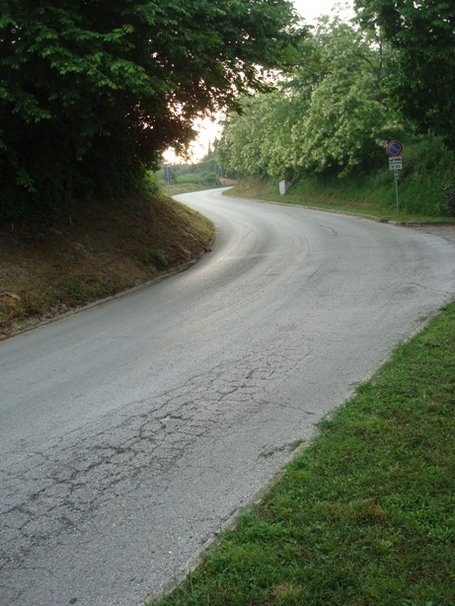 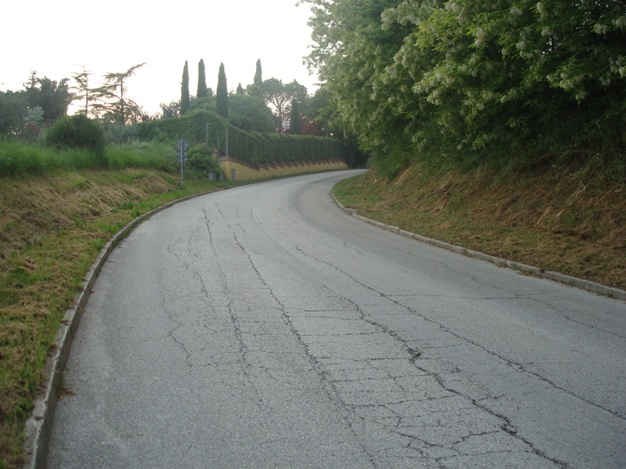 Looking down the final section of the climb: 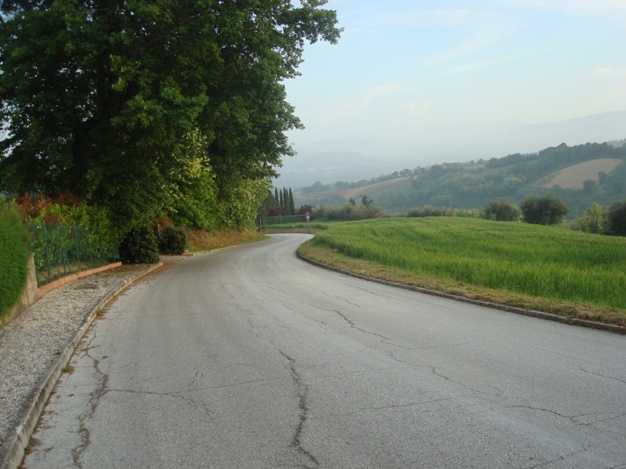 This long, technical timetrial should result in a major reshuffling of the GC, and give us our first good gauge of the likely contenders for this year's final maglia rosa.