Giro d'Italia: On the Scene at Stages Six and Seven

The lead-in stages to Saturday's time trial featured a sprint win by Mark Cavendish and a major shake-up of the GC on the rain-slick hills of Abruzzo.

Share All sharing options for: Giro d'Italia: On the Scene at Stages Six and Seven 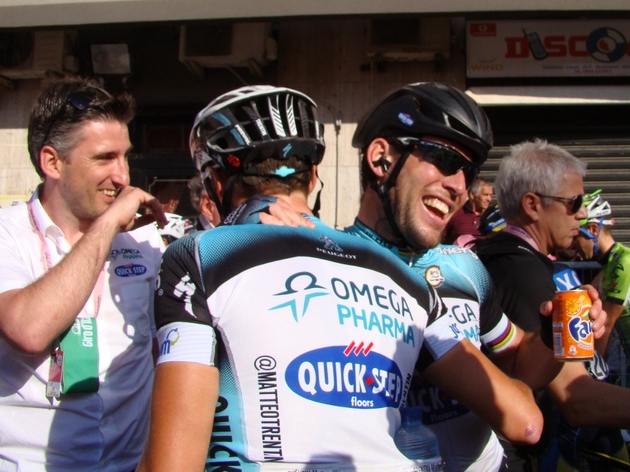 With three circuits through Margherita di Savoia, stage six gave me the opportunity to pick three different vantage points. I watched the first circuit on a straight stretch of road just after the finish line. 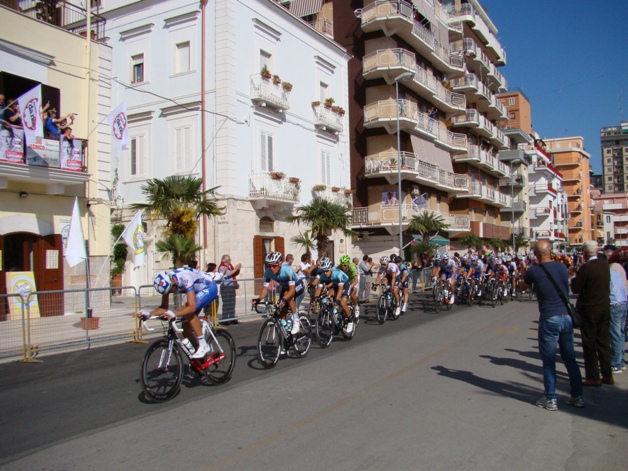 These shutterbug carabinieri were really friendly, gesturing for me to stand in front of them for a good vantage point. One of them asked where I was from and when I said Minneapolis, I got the usual response: "Minneapolis 500!" 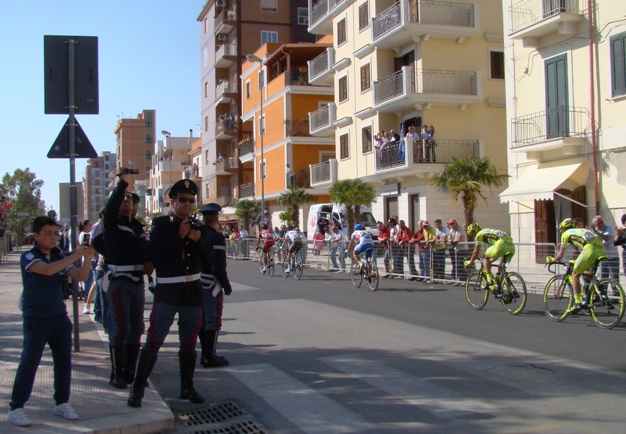 As I walked back along the course to the finish area, I kept getting the same two questions from the tifosi. "Ci sara un altro giro?" (will there be another circuit?). Answer: "Si." And "Take my picture?" Answer: Sure, why not? 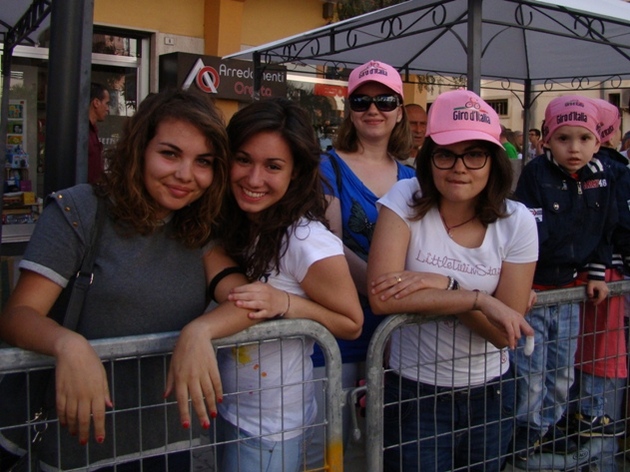 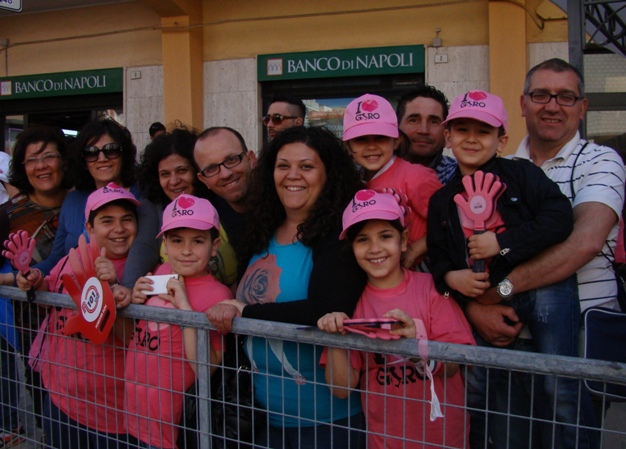 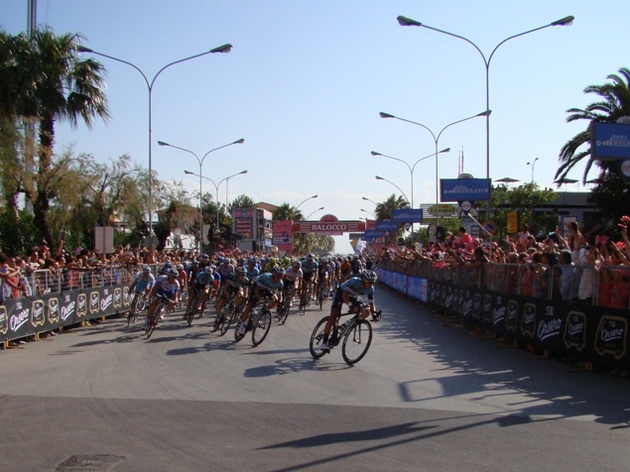 It was hugs all around from a delighted Cavendish. 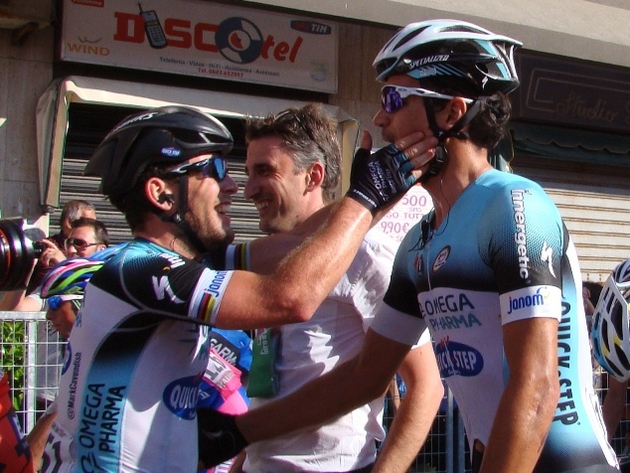 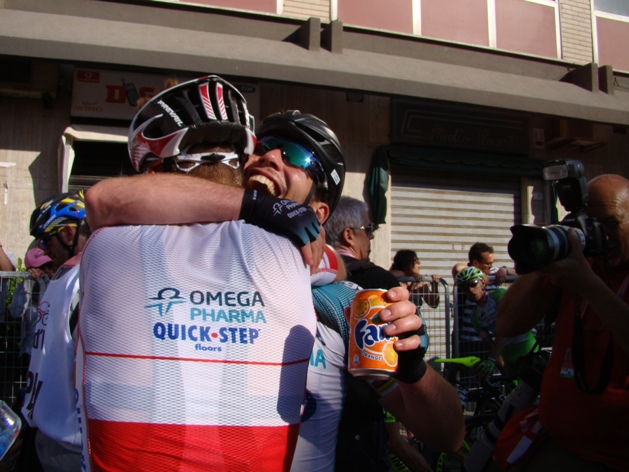 I'm not generally a fan of the addition of lime green to the Lampre kit, but Pippo's shoes? I'm diggin' em. 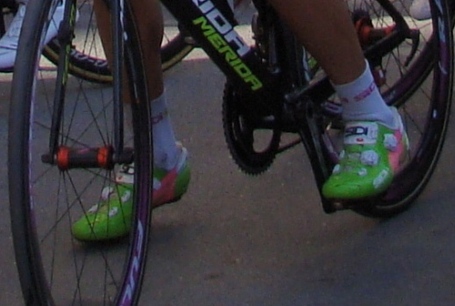 On the podium, Cavendish paid tribute to Wouter Weylandt on the two-year anniversary of his death. 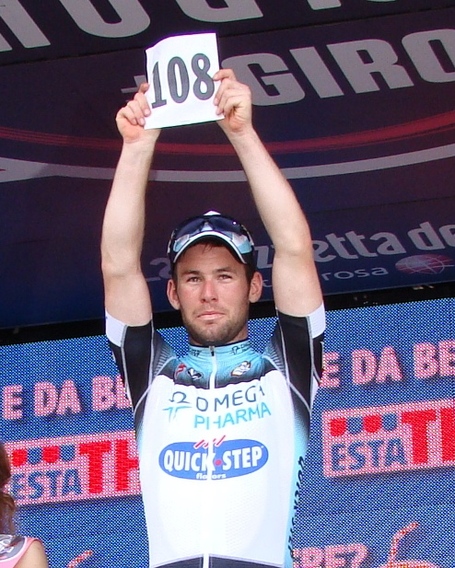 Paolini enjoys another day in the maglia rosa: 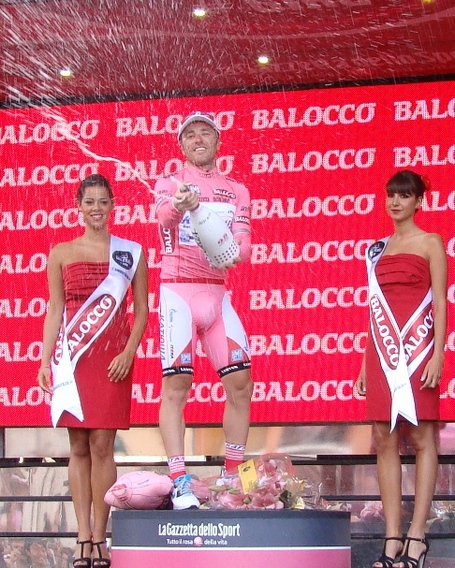 The statuesque podium girls in their five-inch heels had to do some deep knee bends to plant one on Fabulous Fabio Aru. 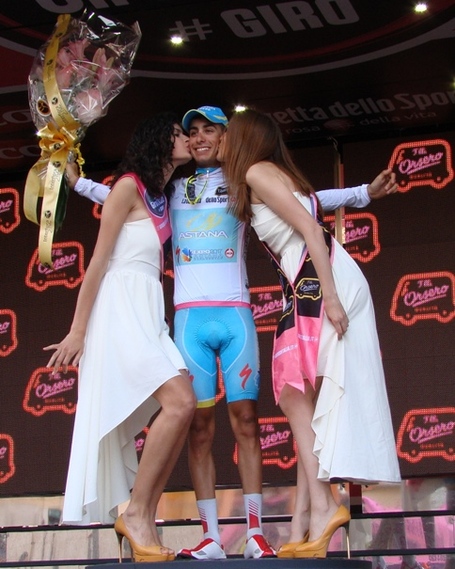 I didn't take any outdoors pictures in Pescara because, as you may have noticed (and Bradley Wiggins certainly did), it was raining cats and dogs. I did, however, get a few shots at the press conference. 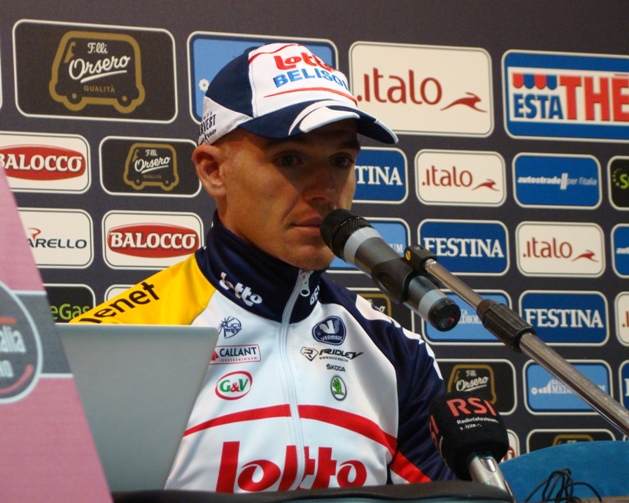 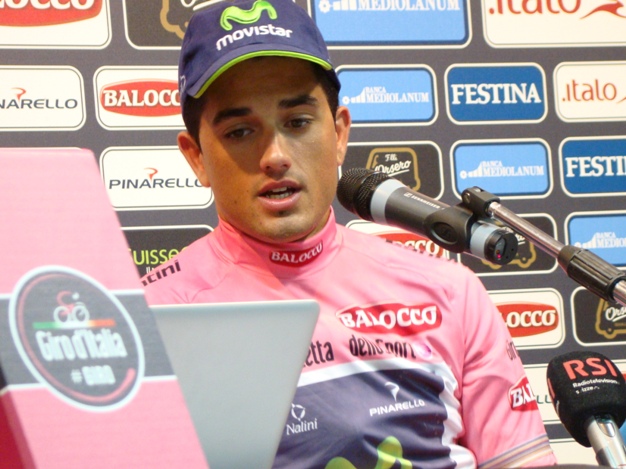