Giro d'Italia: On the Scene at Stages Ten and Eleven

Share All sharing options for: Giro d'Italia: On the Scene at Stages Ten and Eleven

Taking advantage of a rare sunny day at this year's Giro, I rode the last five kilometers of stage ten's final climb to Altopiano del Montasio. It was crazy steep, but the views at the top were worth the effort. 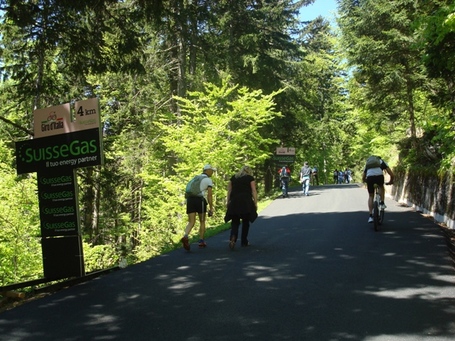 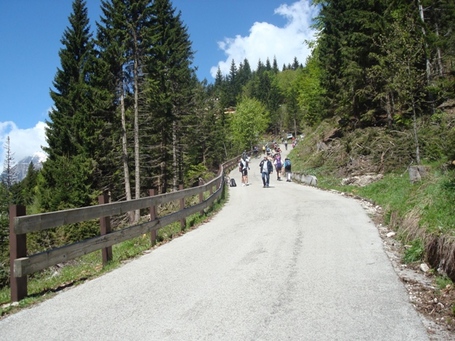 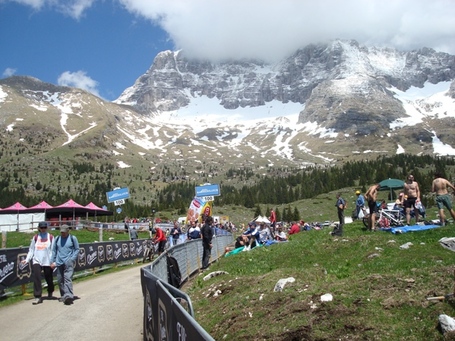 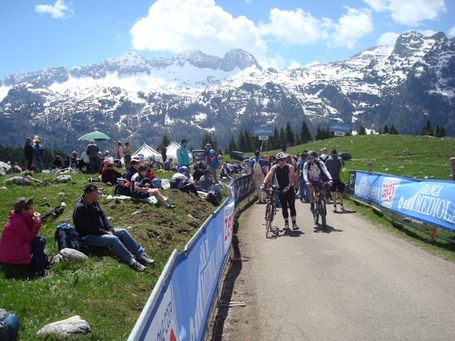 After riding down and having lunch, I took the press shuttle back up to the top of the climb to watch the stage finish.

Here's Rigoberto Uran just after he crossed the finish line: 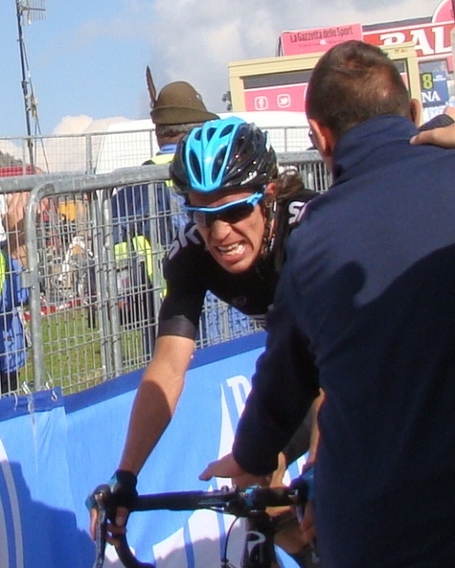 Carlos Betancur, second on the stage: 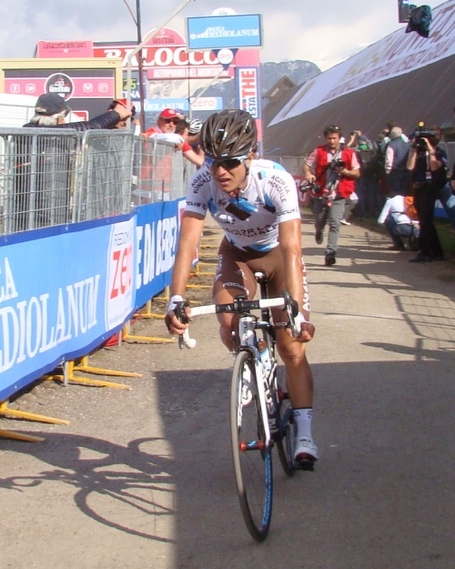 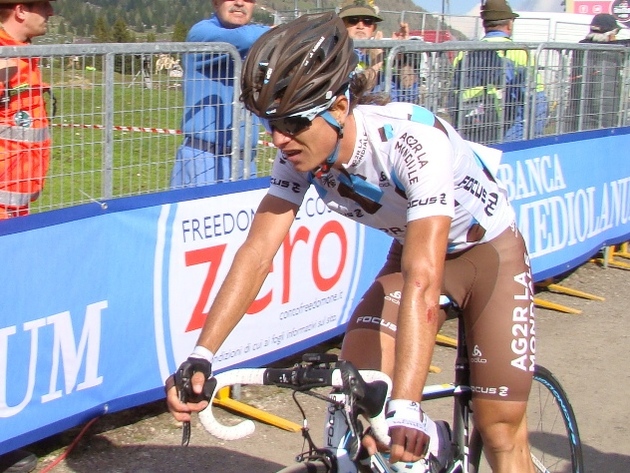 Evans, Majka, and Pozzovivo finished fifth, sixth, and seventh on the stage. 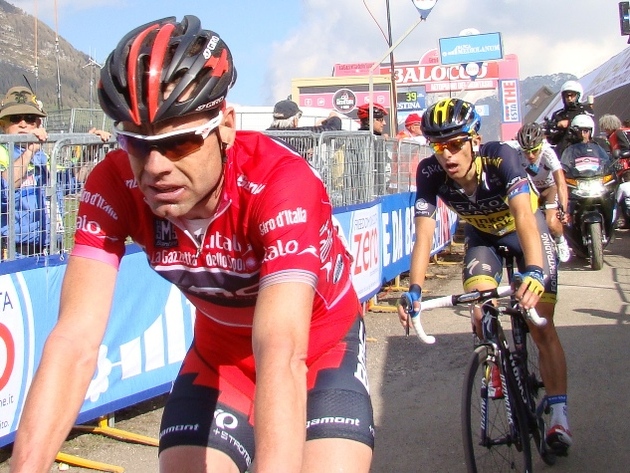 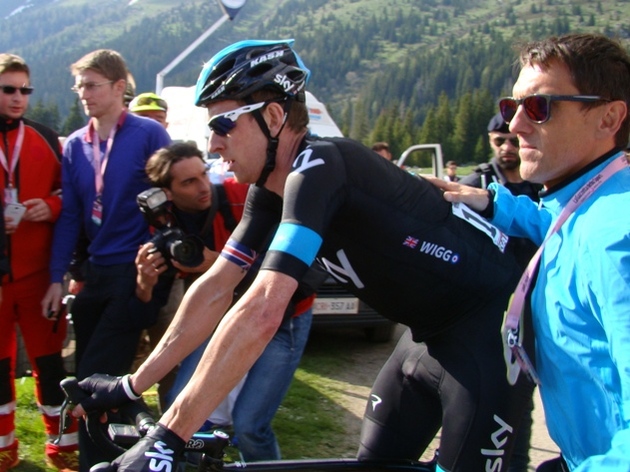 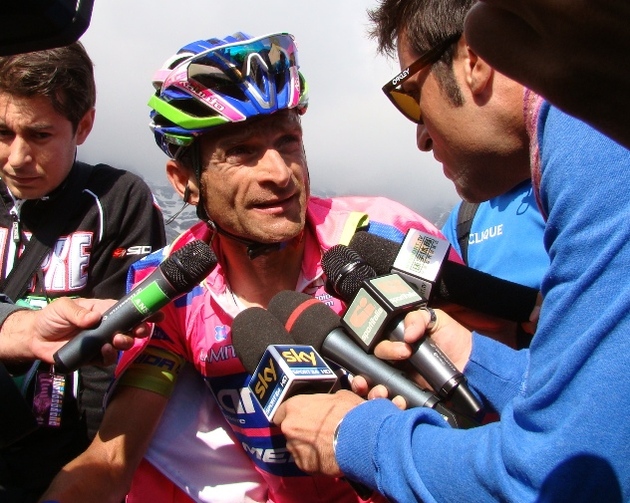 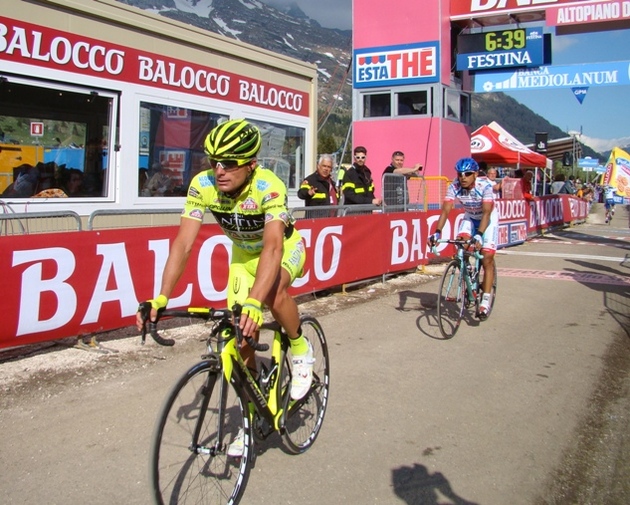 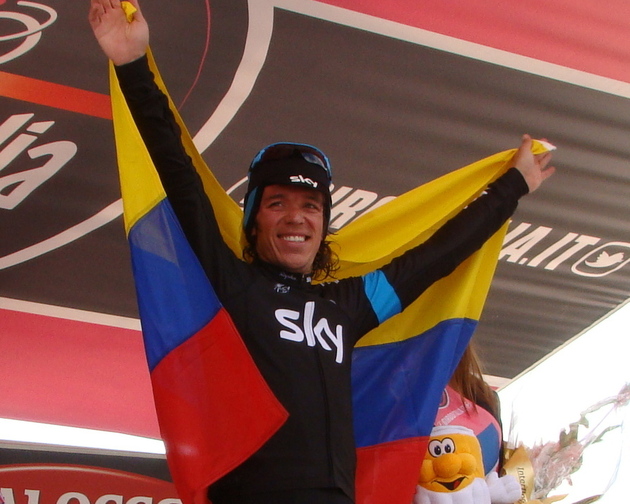 The following day, I saw the start of stage eleven at Cave del Predil.

Vincenzo Nibali, in the maglia rosa, rode to the sign-in area: 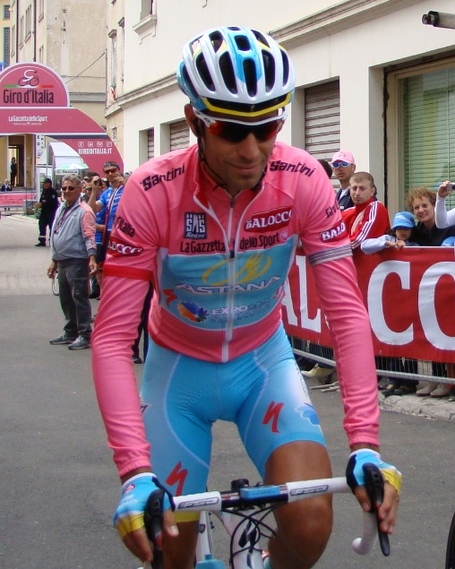 Benat Intxausti (how do you pronounce that, again?) 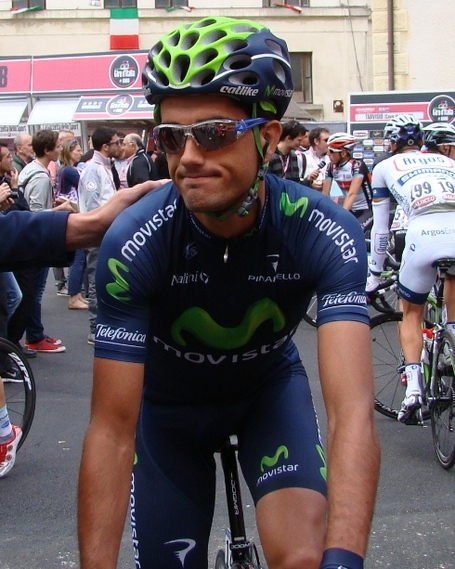 Grega Bole's baby was more interested in the pink balloons on stage than in her dad's sign-in or the assmebled photographers. 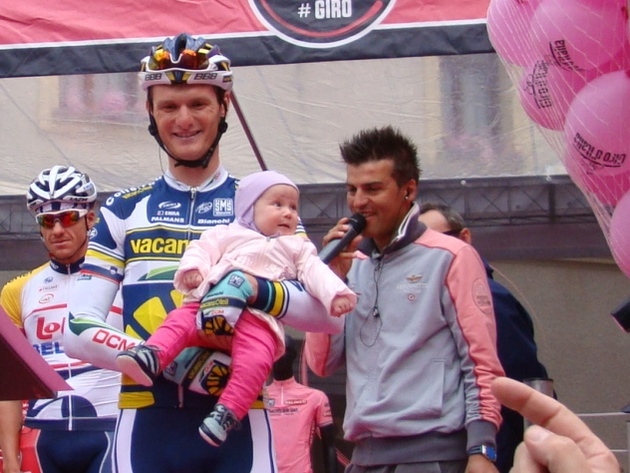 Cadel looks a bit vertically challenged in this company: 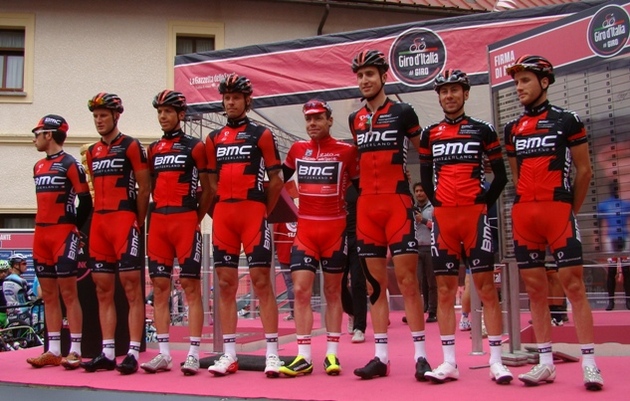 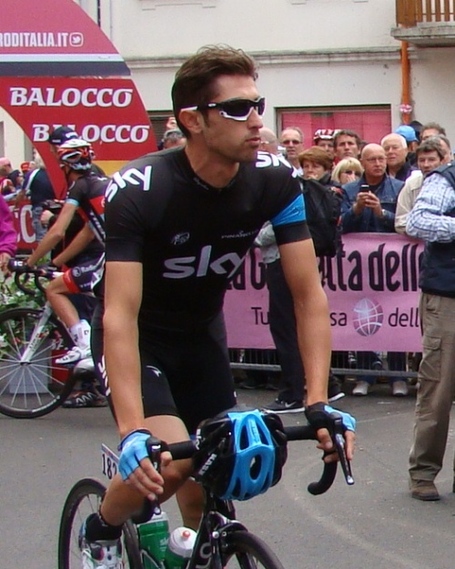 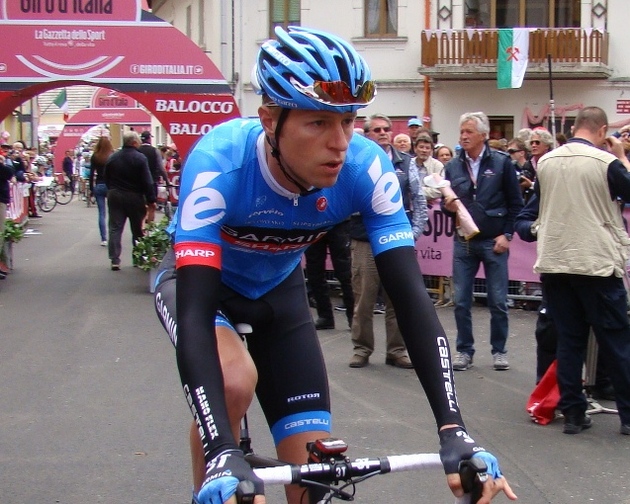 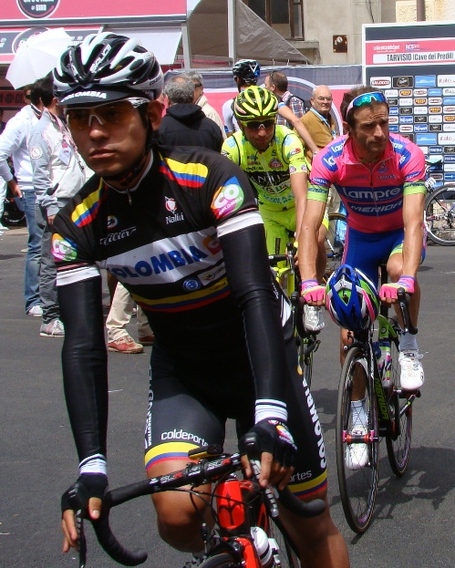 The riders assembled for the stage start in the old mining town at Cave del Predil. 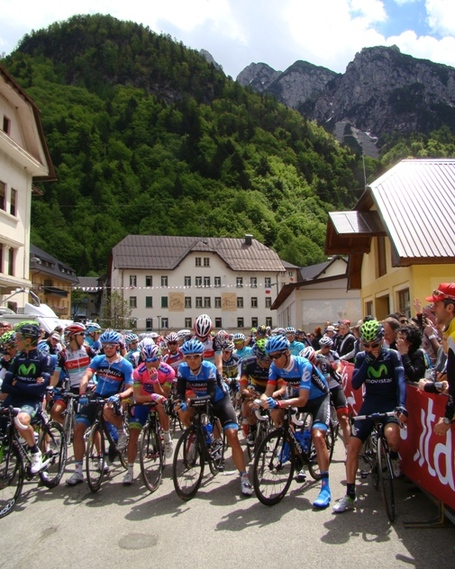 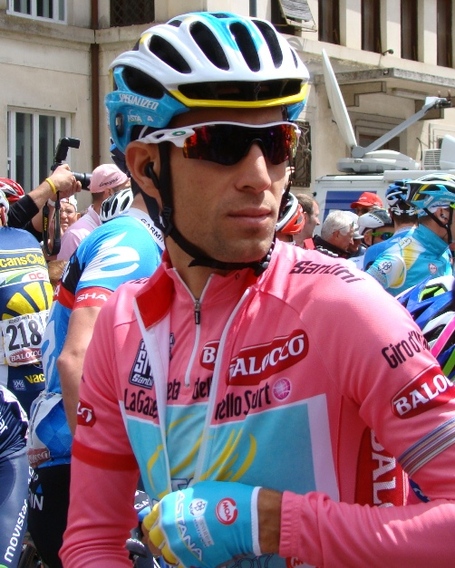 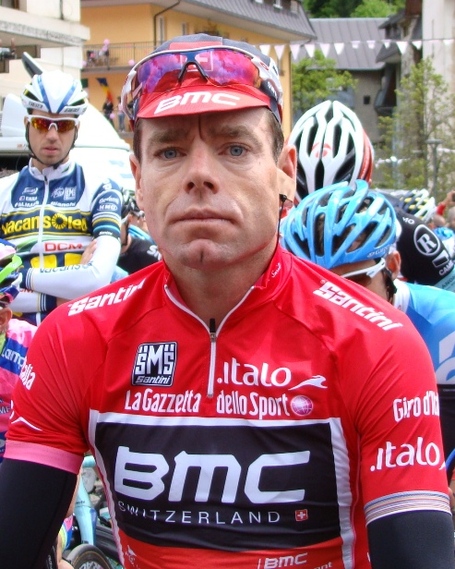 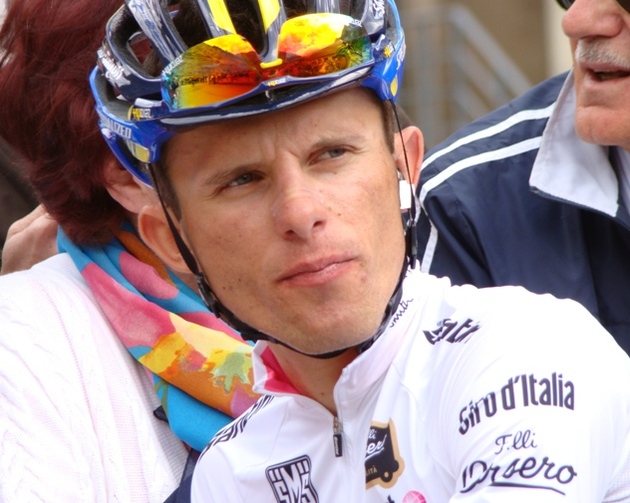 As lovely as the umbrella bearers are, the last thing the riders probably wanted was to be sheltered from the rare bit of sunlight at this year's Giro. 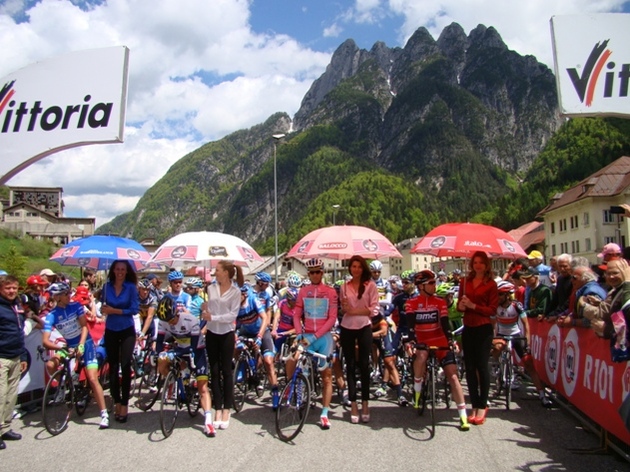