According to the newspaper le Dauphiné, Sunday's 15th stage of the Giro d'Italia will be shortened considerably, taking out the climbs of both the Col du Mont Cenis (previewed by WillJ) and the Col du Galibier. The bad weather that has affected the Giro earlier in the week as rain has dumped significant amounts of snow at higher altitudes, threatening to make roads impassable. At 20:30 local time, the prefect of Savoie - where the stage will take place - announced that the risk of avalanches at higher altitudes would preclude allowing the race to take in the two major climbs of the stage.

Stage 15 was to be one of the harder stages of the Giro, especially with the summit of the Galibier at 2.642 meters the highest point of this year's Giro. The Mont Cenis is an exceptionally difficult climb in its own right as well and would have contributed greatly to the difficulty of the Galibier finish. Now, the route is likely to start at the bottom of the descent of the Cenis and end in Les Verneys, a few kilometers up the valley from Valloire, the gateway to the Galibier from the north. This could shorten the route to a mere 50-60 kilometers and reduce it to a gradual descent followed by the climb of the Col du Télégraphie with a short descent to finish off the day. A stage as short as this could provoke a great amount of attacking, though with at most 90 minutes of racing it could be hard to pry open a gap on relatively fresh competitors.

Saturday UPDATE: The Giro d'Italia has just confirmed that Mont Cenis is back in the race for Sunday and that the Galibier will be climbed, with the finish line 4km below the originally planned finish. By my estimation the removal of the last 4km of the Galibier will take out the devilish finishing bit, some 350 vertical meters, but if that's what it takes to run the stage safely, so be it. Essentially the course is this: 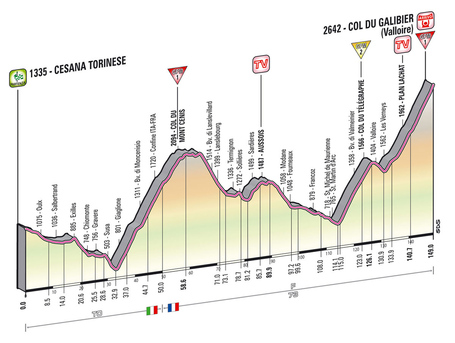 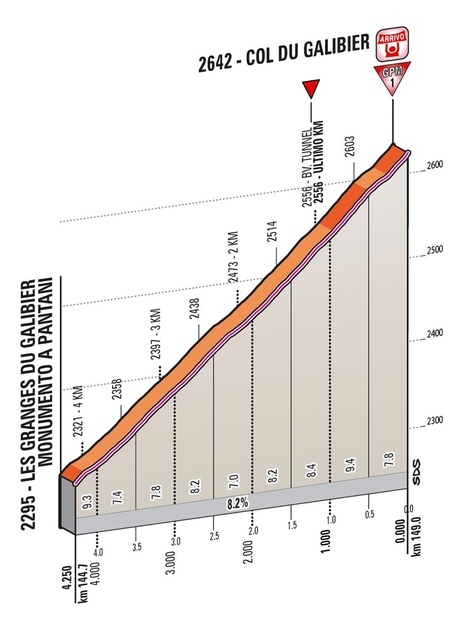 The stage will now end at the "Pantani Forever" monument at 2300 metres or so. It's located at Les Granges du Galbier.

The monument was erected in 2011. It is at the exact point where Pantani attacked Jan Ullrich in the 1998 Tour de France. Pantani would take 9 minutes form the German ultimately winning the stage atop Les Deux Alpes - taking the Yellow Jersey. Pantani would go on to win his only Tour de France.

So we can all stop and ponder the Monumento Marco Pantani: 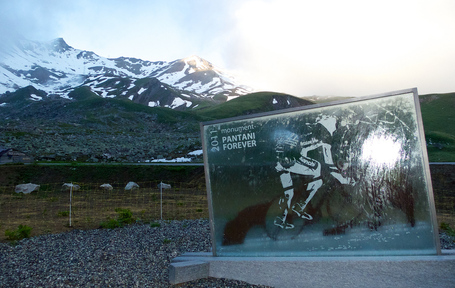 Stay tuned and don't be surprised if the Giro changes its mind, or French government types change it for them. Still, it's unlikely the Giro would tease us with an official announcement of this nature if they weren't pretty sure. 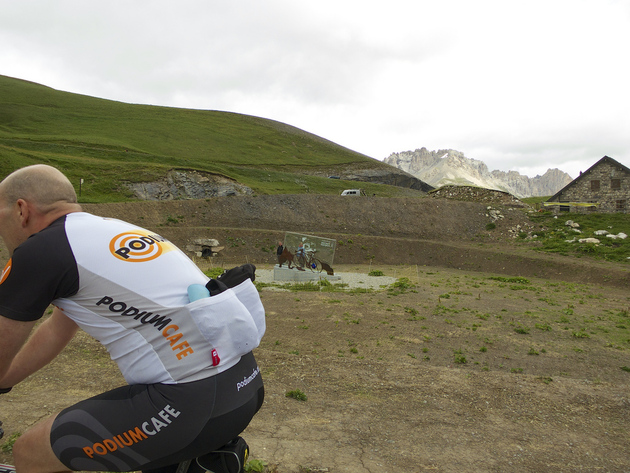