12 Months In The Saddle, by John Deering and Phil Ashley

Share All sharing options for: 12 Months In The Saddle, by John Deering and Phil Ashley 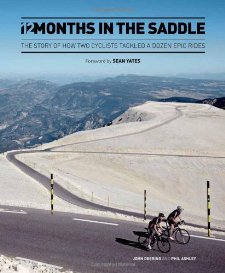 Title: 12 Months In The Saddle: The Story Of How Two Men Tackled A Dozen Epic Rides
Author: John Deering and Phil Ashley
Publisher: Carlton Books
Year: 2013
Publisher: 224
Order: Carlton Books
What it is: Words and images from 12 rides in 12 months
Strengths: Beautifully laid out and contains some stunning images
Weaknesses: The text is weighted down with too much banter between Deering and Ashley

The British, they love their comedy double acts. Morecambe and Wise. Cannon and Ball. Reeves and Mortimer. Hale and Pace. Cameron and Clegg. In cycling, what good comedy double acts do we have? There is, of course, Sean Kelly, with his Beckettian silences, and David Harmon playing the straight man. And now we've got John Deering and Phil Ashley, bantering their way across Britain as they take on twelve rides - twelve epic rides - in twelve months.

Deering is well enough known to most of you at this stage, he's the man who wrote the book on

the Linda McCartney Pro Cycling Team (Team on the Run - "the fifth-best cycling book of all time") and a man who wrote one of the hundred and ninety-four insta-books that cashed-in on Bradley Wiggins' triple crown of cycling success, comedy superstardom and fashion iconicness last year

(Bradley Wiggins: Tour de Force, which should not be confused with Lance Armstrong: Tour de Force). Deering here provides the words that accompany images from his photographer sidekick Ashley.

How best to describe the pairing of Deering and Ashley? Well, imagine, if you will, the Hairy Bikers in lycra. Unpleasant as that image is, now imagine the lycra-clad Hairy Bikers having to carry one of their scenery-and-food programmes for the regulation forty-five minutes only they're not allowed to actually cook anything. Instead, they have to fill all the extra air time with even more banter. That, more or less, is Deering and Ashley and their 12 Months in the Saddle: shots of the pair in lycra, lots and lots of scenery, and an awful, awful awful lot of banter. 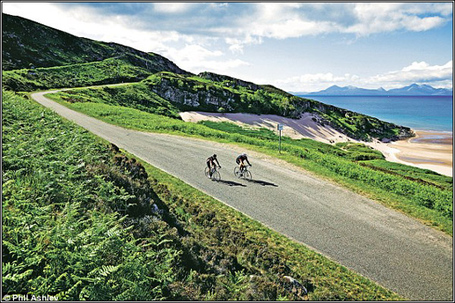 "There's a brief pause for an energising Cliff Bar and a call home.
'How's Jane?'
'Good, pleased to have me out from under her feet for a couple of days I think.'
'I imagine her with a big old fashioned two-piece telephone.'
'Wearing a negligee.'
'And fluffy mules.'
'With huge fake eyebrows. No, I mean eyelashes,'
'And a fag.'
'In a cigarette holder, like Princess Margaret.'
'And a red neckerchief.'
'That's too weird. There's a line, you know.'
'I see a line; I cross it.'
'Oh you maverick.'"

Banter is a curious thing. Once upon a time banter used to be posh and persiflage, it used to be witty and repartee, intelligent and badinage. Today, well today banter is just two blokes who aren't nearly as funny as they think they are talking tripe at one and other. It's Richard Keys and Andy Gray. And it's everywhere. 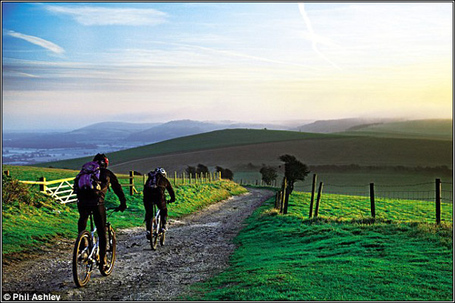 '''But I can't possibly write at home. I must go to Marwood's immediately.'
'Why can't you write at home?'
'I don't have a desk. I don't even have a table.'
'Can't you write in the big chair?'
'Yes, I can write in the big chair, as long as you can finance a spinal replacement tomorrow.'
'That thing you write on is actually called a laptop you know.'
'Yes, it is called a laptop. However that pad you use to fiddle with Photoshop all day is called a tablet. There's as much chance of me bending double and balancing this on my knees so I can get writing as there is of you dissolving two of those in a glass of water.'
'What's so good about Marwood's anyway?'
'They have very good coffee and relatively flat tables.'
'Last time you went there, you came back so wired you had eyes like Charlie Sheen and were ordering Shriekback CDs on Amazon until four in the morning.'
'Yes, but that was because they have a sign behind the counter showing a scary sort of dominatrix with a speech bubble saying, "Hey! You with the laptop! Buy some more coffee!" Do you know what their WiFi password is? "buymorecoffee."'
'That's quite funny.'
'Yea, it is quite funny.'"

The banter here is padding in between talking about the twelve rides - the twelve epic rides - Deering and Ashley rode over the course of the twelve months. Most of these rides are in the UK: five in England (coast-to-coast, South Downs, Fred Whitton Challenge, London at night and Exmoor), two are in Scotland (Bealach na mBa and the West Highland Way) and one is one Wales (the Dragon Ride). The other four are in France (the Ventoux and Paris-Roubaix), Italy (l'Eroica) and Belgium (the Ronde van Vlaanderen). 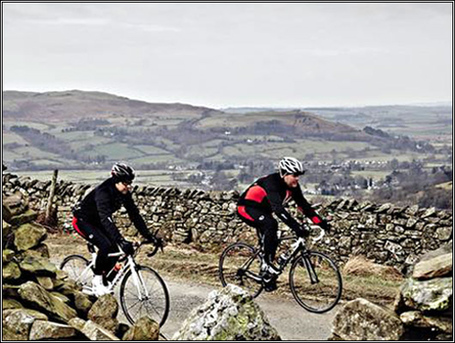 With stuff like the Dragon Ride, the Fred Whitton Challenge and the continental excursions, the audience for the book seems pretty clear: sportavistas who want to either read about others doing rides they themselves have done or get ideas for possible future excursions. Such readers are reasonably well served by 12 Months in the Saddle with Ashley's photography capturing the rides very well and justifying the purchase 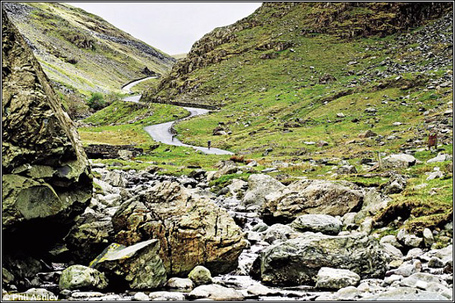 12 Months in the Saddle isn't a guide book as such, it doesn't offer any maps and the text doesn't provide any directions, either on riding the routes or on how to get there, where to stay or what to eat. But it is very much about the vicarious thrill of experiencing others doing these rides: suffering through the snow, bouncing over cobbles, climbing in heat of Summer. If scenery and sportavista suffering - served with large dollops of banter - is what you're looking for, here is as good a place as any to find it. 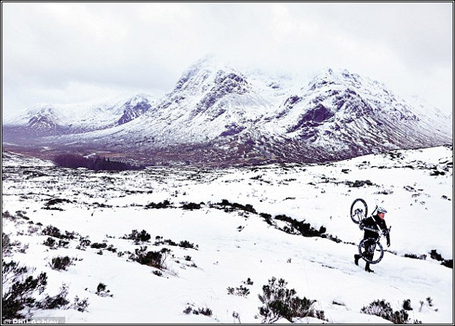