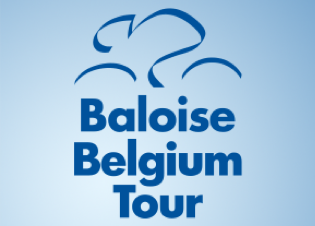 I figured no one else is going to write a preview, so here we go. This year the race is named the 'Baloise Belgium Tour', but I guess we'll stick with Ronde van België. It's Belgium's oldest stage race and it's usually the first race where the cobbled classics riders get to show themselves again after their post-cobbles break.

The Giro - worlds most awesome stage race- is going on right now, and of course we'll all be focussing on that, but there are some good reasons to watch the Ronde van België too. I'll give you five:

It looks better than ever. Yes, the race still starts with the traditional flat stage form Lochristi to Knokke-Heist, but the fun begins on stage two on Thursday. That stage is the new cobbles stage. The riders will have to climb the Berendries, Ten Bosse, a paved side of the Muur (they can't ride the actual Muur because of roadworks), the Bosberg (twice) and the Congoberg (a cobbled hill that is a bit similar to the Bosberg, they'll also climb this one twice). The finish is in Meerbeke, on the spot where the old Ronde van Vlaanderen used to finish.

Stage three is the TT. It's a bit shorter than usual, so it should be less decisive for the GC. Next is the first Ardennes stage with three ascents of the 'Petit Poggio'! The last stage is as usual a super hard Ardennes stage. The riders will have to climb thirteen classified hills, including three ascents of la Redoute and le Côte de Banneux.

The Ronde van België is always one of the main summer targets for the Belgian CX riders. BKCP bring not only Wietse Bosmans, David Van Der Poel, Marcel Meisen, Philipp Walsleben and the Vanthourenhouts, but also Niels Albert, who usually does well in the Ardennes stage. Telenet-Fidea start with Peeters, Meeusen, Wout van Aert and Bart Wellens, who won a 10km run two weeks ago after having ridden 140km in the morning. No Sunweb-Revor unfortunately.

The smallest team on the startlist is probably To win - Josan CT. But this team has a really strong rider: Jérôme Baugnies. That name rings a bell? Could be. He's had a pro contract at Topsport (2010&2011) and Netapp (2012) but apparently he wasn't really good at following team orders, so he's back to the continental amateurs now. He's been dominating the biggest amateur races all season long and he'll probably want to take this opportunity to show himself to the pro teams. Here are his season results.

If you don't believe me that this is an impressive list, ask V90.

We all know Nibali is going to dominate the Giro, the battle for the GC should be much more exciting in this race. 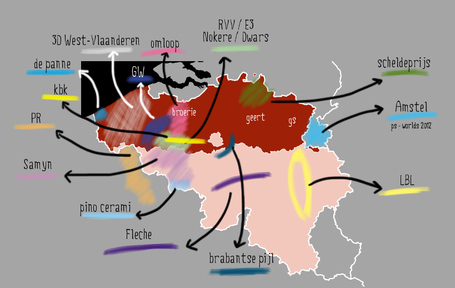