Giro d'Italia: On the Scene in Ivrea for Stage 16

Benat Intxausti took the post-rest-day stage win on the 238-kilometer stage from Valloire to Ivrea.

Share All sharing options for: Giro d'Italia: On the Scene in Ivrea for Stage 16

In Ivrea yesterday, I decided to take advantage of the not-terrible weather and ride the last 35 kilometers of the stage course before the race came through.

As usual, every village along the route was festooned in pink, ready to greet the Giro. 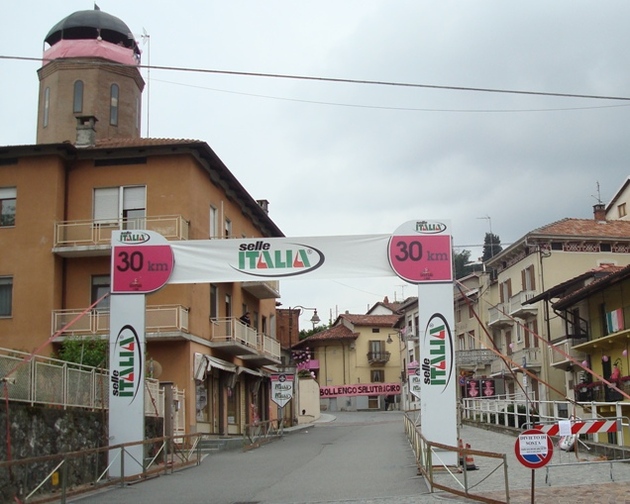 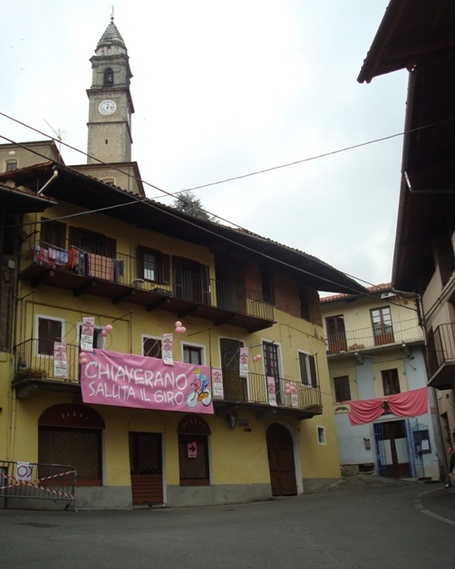 This family had their front-row seats all ready for the afternoon's show. 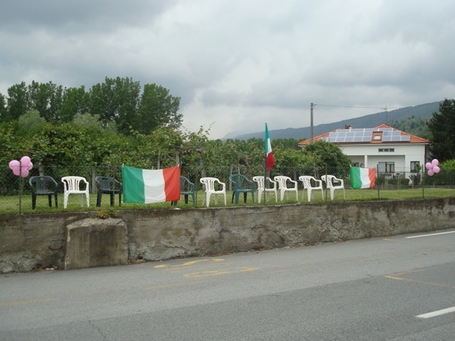 The six-kilometer climb to Andrate was plenty steep for a flatlander from Minnesota. 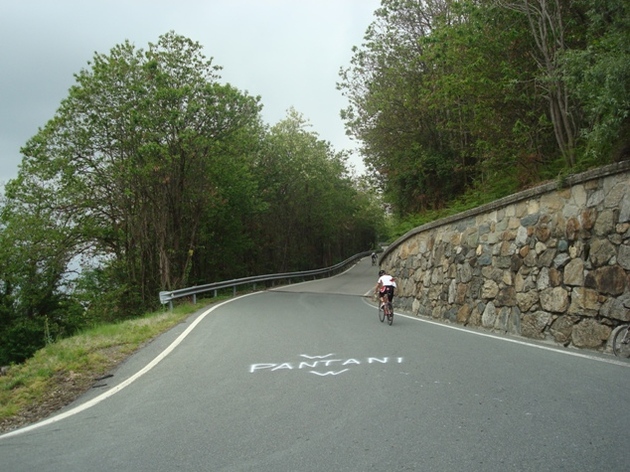 Then it started to rain, making me nervous about the descending conditions, not so much for my ultra-cautious self, but for the fearless peloton. 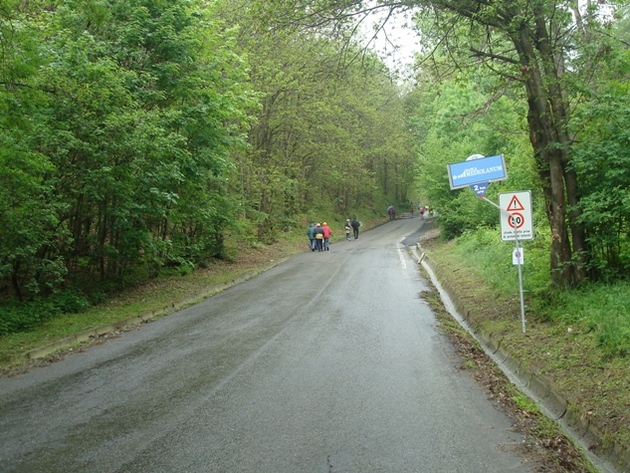 I rode up the last bit of the climb chatting with Nick, a local fire and rescue worker who rode his mountain bike up to join his fellow rescue squad members at their post along the race route at Andrate. When we reached Andrate, Nick introduced me to his friend, Giulio, the mayor of the village, who took our picture. 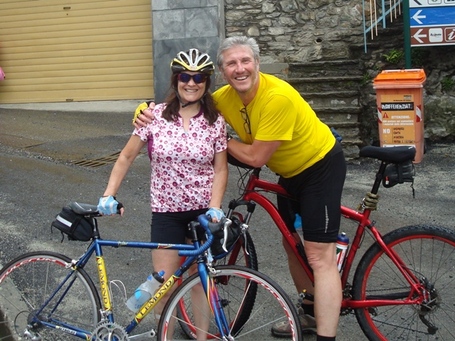 After I bundled up for the ride down, a couple of young guys who had just reached Andrate asked me to take their picture. They were from Australia, and had been among the very few cyclists to ride to the finish of the Galibier stage. They told me they had to skirt around the police in Valloire, but after that, they had no problems getting up the climb. They also took a picture of me, which shows the beginning of the descent in the background. 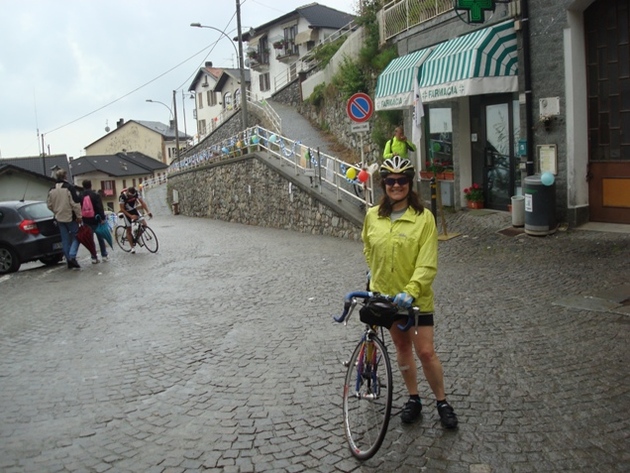 The descent was steep and technical, not to mention the danger of encountering leaping gazelles. 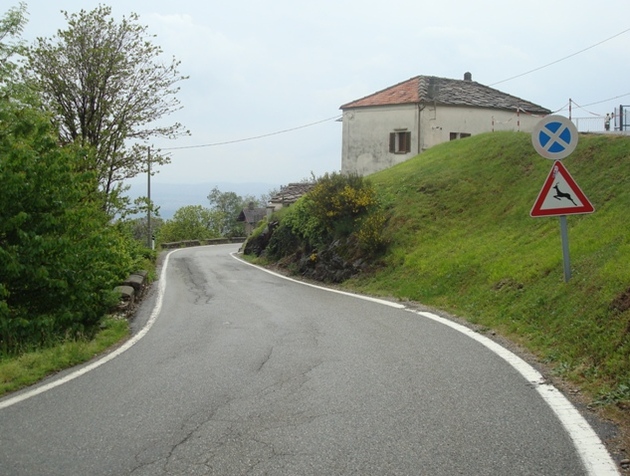 Back in Ivrea, the sun was shining, and lots of people were out enjoying the festival of the Giro. 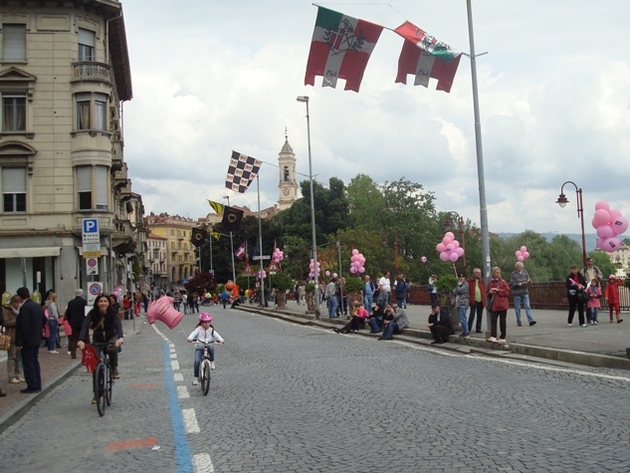 By the time I had a shower and something to eat, I wasn't feeling too ambitious about hurrying to the finish area. In fact, I didn't even get there in time to photograph the stage finish. I did see the podium ceremony, and later, at the press conference, I asked the "ultima domanda" (last question) to Benat Intxausti.