Opening weekend continues with the spectacle of the team timetrial on the tiny island of Ischia, off the coast of Napoli. This promises to be beautiful as well as exciting. Don't expect any major impact on the general classification though, timegaps will probably be limited.

The field looks quite evenly matched. No teams have super chrono squads but there are quite a lot of teams with quality. Movistar, Sky and Radioshack all have strong TTers and know how to do the TTT. Teams like BMC, Katusha and Orica all have history of performing better than the sum of it's parts as does Astana who are also motivated to put Nibali in a good position. Garmin looks like the most even team though unlike Sky who may be hampered having their Colombians that they need to keep in the finishing five. 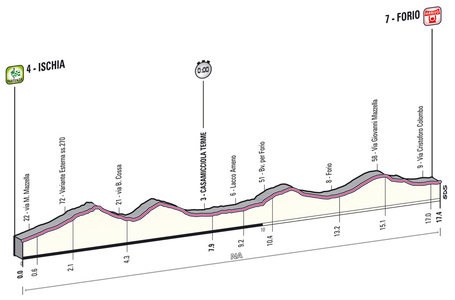