The small teams were on full display today in a wet, difficult stage in Calabria, as Bardiani's Enrico Battaglin took a small-peloton sprint from Fabio Felline of Androni, after denying a massive attack from former Giro winner Danilo Di Luca. Battaglin accelerated up the right side of the peloton with 500 meters to go and stayed fully clear of Felline, Giovanni Visconti, and the heads of state for the win. Luca Paolini stayed with the head of the race and remains in the maglia rosa tonight.

Di Luca, the Killer of Spoltore took off after Sylvain Georges of AG2R on the final ascent of the Croce Ferrata, reeling in the Frenchman and drawing Colombia's Robinson Chalapud for company. On the 9km twisting, rolling descent in the pouring rain, Di Luca -- now with VIni Fantini -- launched one acceleration after another, with Chalapud drifting back and forth off his wheel, and Di Luca kept up the effort until 500 meters from the line, when he was swarmed by the two or three dozen riders comprising the final break. Di Luca will always be remembered for winning the Giro amid disgrace and doping suspensions, but the good side of Di Luca, the unfathomable aggression and will to suffer, were on full display today. 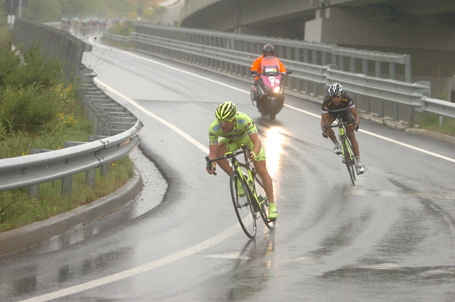 Surprisingly, the pressure got to Bradley Wiggins, who let out a gap at the end and dropped 15 seconds, slipping to sixth overall. It's a minor matter, but indicative of the fact that the Giro will be a nervous affair for him with its endless tricks and twists.

The Killer in the aftermath... 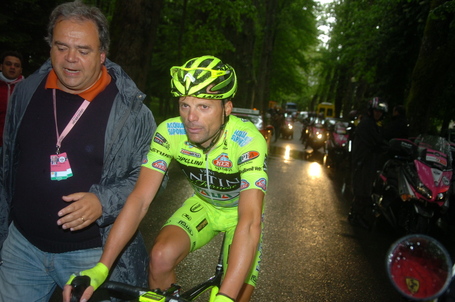 And the quiet loveliness of Campania... 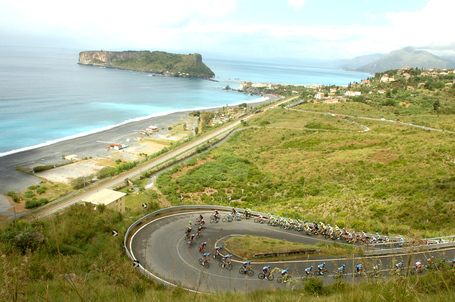