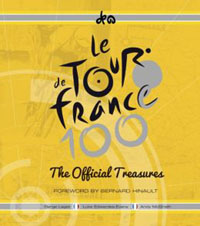 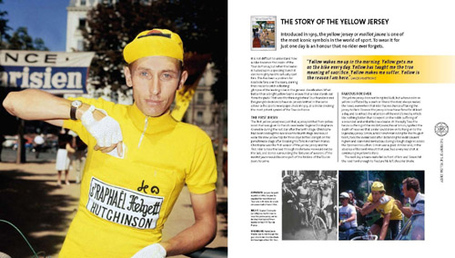 Laget fell in love with the Tour when he was on holiday aged eight and saw the race go by and later went to become a journalist with l'Équipe - covering the Tour since 1987 - and a Tour historian. Some of the memorabilia included in Le Tour de France 100: The Official Treasures comes from Laget's own personal collection. The memorabilia, I should point out, is all in facsimile form. So don't buy this thinking you'll make your money back by taking it along to the Antiques Roadshow. But even in facsimile form, Laget's selection of memorabilia is the real reason you'll want to own this beautiful book in a box. 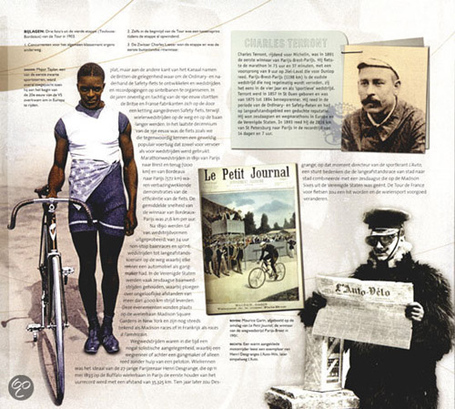 Before talking about the memorabilia, let's quickly consider the book itself. At 94 pages it's one of the briefest histories of the Tour on the market. The individual Tours are ripped through in fewer than fifty pages, broken down by era (Bobet, Anquetil, Merckx, Thévenet. Hinault etc). These sections are well written and lovingly illustrated, but they are sprinting through marathons. When it comes to the more broader subjects - the stories of the individual jerseys, or a look at time trial bikes - the written history is much more fun and informative. But really, this is not a book to buy for the words. This is a book to buy for the memorabilia. 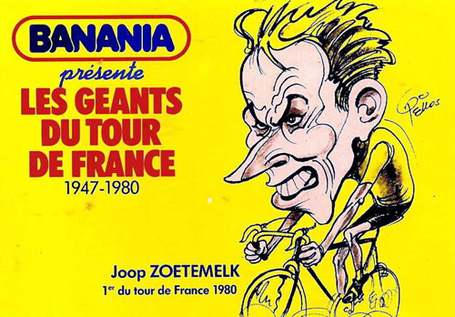 Above: One of a series of promotional postcards from Banania.

This memorabilia - postcards and posters and photographs and letters and the rest - engages you. Part of the joy of the book is turning the page and seeing what's being given to you next, so I'll not give you a full listing of the individual pieces. Some - like some of the postcards or photographic prints - you may want to frame and hang on the wall. Others, such as a journalist's identity card from l'Auto, you might just want to stick in your wallet and see if you can bluff your way into the race one day. The facsimile of a hand-written report from Antoine Blondin will only annoy you when you realise that not only could the old sot write, he even had good hand-writing (mine being good enough to qualify me as a doctor I'm green with envy). Other things, like the paper hats from l'Auto and Amora, are just perfect for popping on your head to get you in the party mood as soon as live coverage of the race comes on your TV. More books should come with paper hats to help you get in the party mood. Fact. 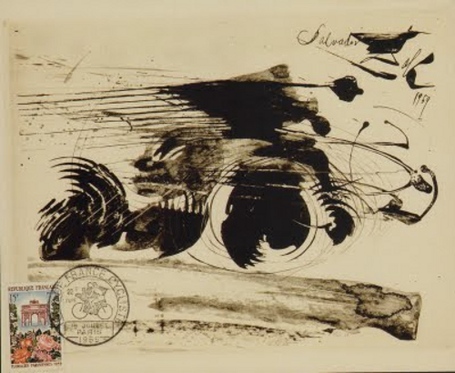 In short, Le Tour de France 100: The Official Treasures is fun. It's a book to treat yourself to, or to get someone else to treat you too. It's a kids' book for adults and an adults' book for kids. If you're an indulgent godparent hook your godchild to the cycling bug with this. And maybe nick some of the best bits for yourself before you gift-wrap it. 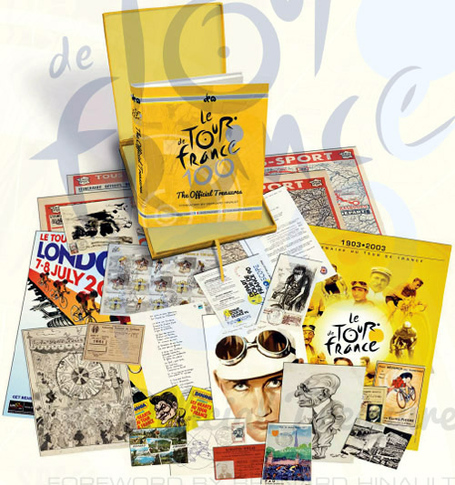