The good folks at Chrome would like you to know that they've taken their Citizen bags, which I previously wrote about, to a new place... the world of artistic photography! They've teamed up with photographer Chris Milliman to make some limited editions of their ubiquitous Citizen bags which incorporate Milliman's work onto the bag design. Milliman is a photographer and I suspect a cyclist, with a portfolio as diverse as stages of the Tour de France and stark, lovely shots of urban infrastructure in New York and Chicago. Check out his work here.

The bags are pretty great: 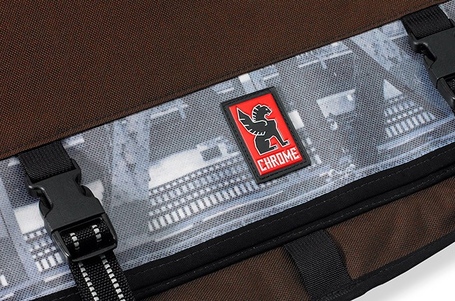 And like I said before, they work well too.

Chrome asked me to check out one more item for them, the De Haro windbreaker. Named for the first-ever mayor of pre-statehood San Francisco, the De Haro is nicely in keeping with what Chrome has set out to do, which is make fashionable clothing that functions much better than you'd expect when actually riding your bike. 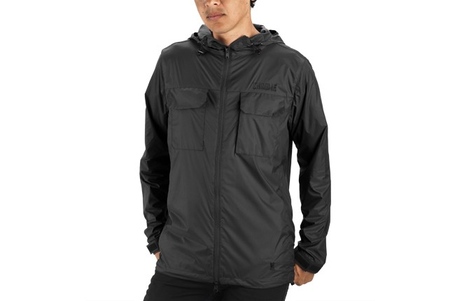 Does it work? Yep... I've been wearing it on cool Seattle mornings with the occasional shower, and it's fairly warm but ventilated as well. Is it maxed out on technology like your Showers Pass? Nope. But it's designed to look a lot better around town than your Showers Pass is. Save the $250 cycling rain jackets for long rides in lousy weather. But for hanging out, for biking around town between non-biking moments of your day, and even for some serious riding this is a very nice, functioning jacket.

Two things: it is definitely a cycling jacket. The sleeve cuffs have reflective strips (pretty good place for them) and the key areas have drawstrings depending on whether you want air in or out. There's also a hood, which I have mixed feelings about. It gets in the way of looking over your shoulder and I'd prefer to tuck it in while biking. That's more a feature for when you're off the bike.

The other thing is, the De Haro is unbelievably lightweight, 0.3 pounds, which I'll round up to 6 ounces. [Quick check: My O2 weighs 13 ounces.] It weighs nothing. It tucks into a back pocket easily. I've left it in my Citizen for weeks because I hardly notice it's there. This works out pretty well on the west coast in spring, where you don't think you need rain coverage or extra warmth, but you can't be sure. Several times before a significant training ride I've looked at this and the O2 -- an excellent, serious rain layer -- and chosen the De Haro. Because my pockets are full enough already, and stashing the O2 is not fun.

So, it's not your all-year serious rain layer, if you live in cold or very wet climes. But for a low-cost ($95) in-between layer when you're not sure about the weather, or for something light and good-looking to just have handy, it's a definite keeper.