Only a few more days until the 100th Tour de France begins. While not a brutally tough course, the 2013 edition is certainly tougher than last year. My legs are tingling already.

Let's rate the climbs by difficulty and then take a quick look at the 6 mountain stages.

Let's take a brief look at the numbers: 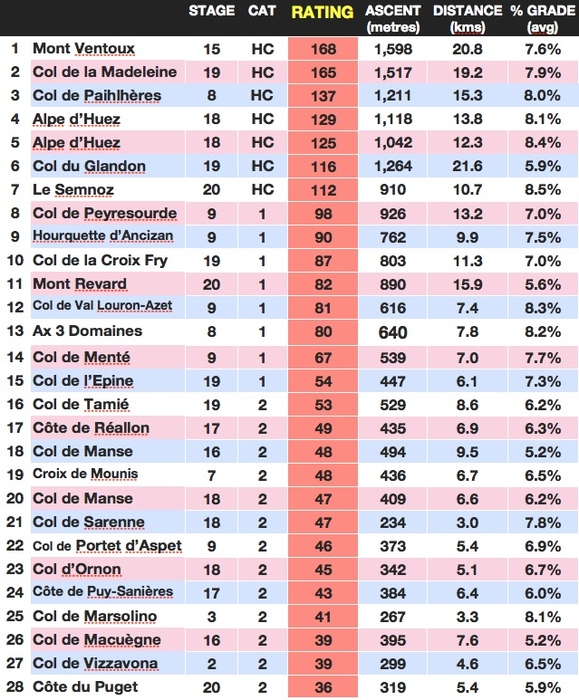 Note: I've used the official data provided by the Tour, so some climbs look shorter than they really are since the easier early stretches are excluded (eg. Glandon, Semnoz). For Alpe d'Huez, the first of the two ascents turns towards Col de Sarenne below its usual summit.

Isn't it a little strange looking at a list of Tour climbs and not seeing Tourmalet, Aubisque, or Galibier. Refreshing? I am going to say ...... yes!

We'll have to wait until the start of week 2 for the first big climbing stage as the race enters the Pyrenées. This seems the easiest of the mountains stages, but it's obviously back loaded. 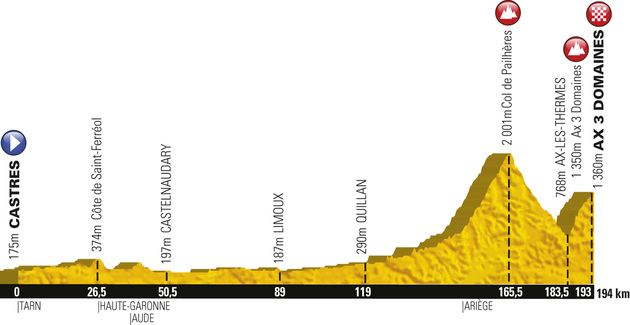 Port de Pailhères is a remote climb in the eastern Pyrenées that has appeared four times in the Tour de France - first in 2003. Three of those times the stage also finished atop the ski station of AX3. Mauricio Soler has the fastest Tdf time up this eastern side.

First rider over Pailhères will win the Souvenir Henri Desgranges prize as it is the highest point of the 2013 Tour (2001 metres). This must be the lowest "highest summit" in an awfully long time. Also very rare to have the highest summit in the Pyrenées. 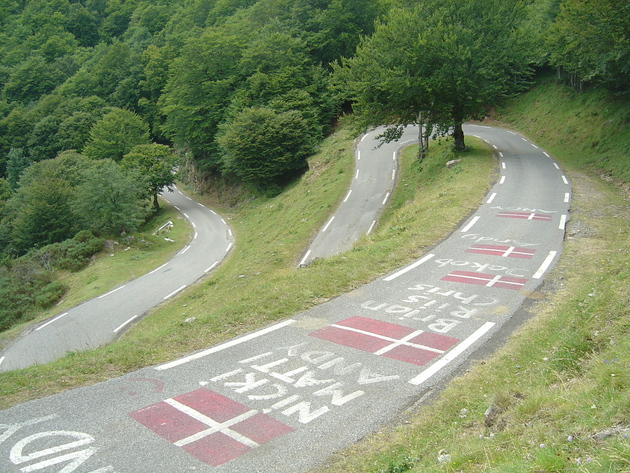 The French would call this a route casse-pattes (broken foot, up, down, up, down, etc.). I quite like this stage as I believe it’s the organisers attempt at an interesting big Pyrenéen stage without using the annual Aubisque-Tourmalet-Aspin trio. In fact the lovely La Hourquette d'Ancizan is a quiet alternative to Aspin between valleys.
A few ramblings: Yes, I did some research. 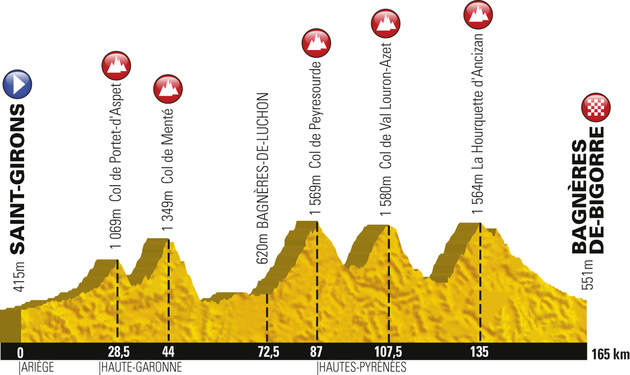 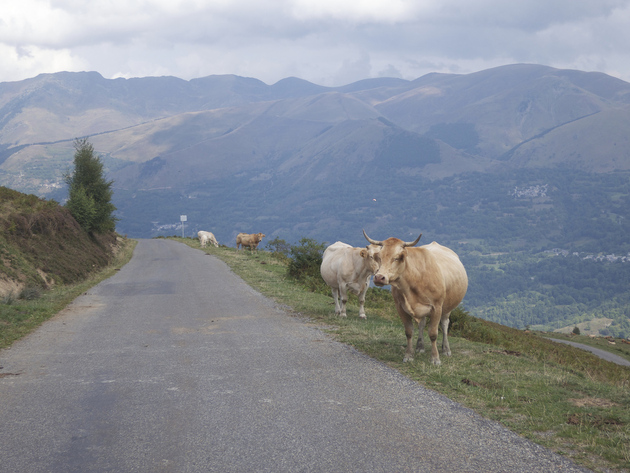 Mont Ventoux is the hardest climb in the 2013 Tour de France. This will be the 15th Tour appearance for Ventoux - the 9th as a summit finish. It was first climbed in 1951 -- with the first summit finish was in 1958: Charly Gaul for the win! 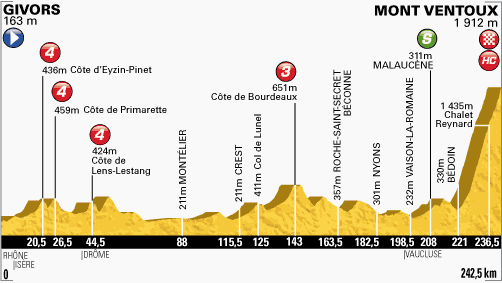 Don't let the average grade fool you, the first 6 kilometres are dead easy, but the moment the road turn up into the forest, it is nasty steep. With 6 kilometres to go, the route leaves the forest and enters the unique, barren, lunar slopes. It is less steep here, but the wind may make all the difference. It's often ferocious, especially coming over Col des Tempêtes (storm pass) near the summit. I love this climb, so unique. 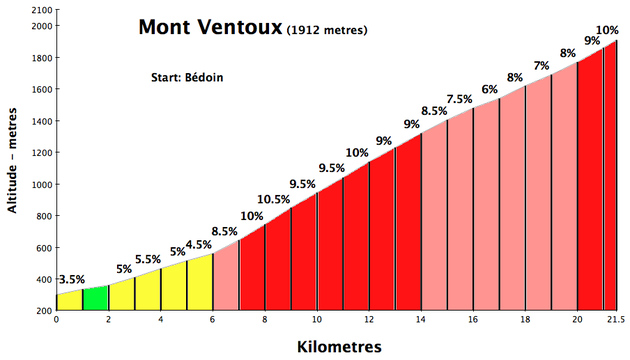 Ventoux would have been a better choice than Alpe d'Huez for multiple ascents, given there are two fabulous sides (plus a third easier side) up the Géant en Provence. But this Bastille Day stage will be unmissable.

The last half kilometre is steep: 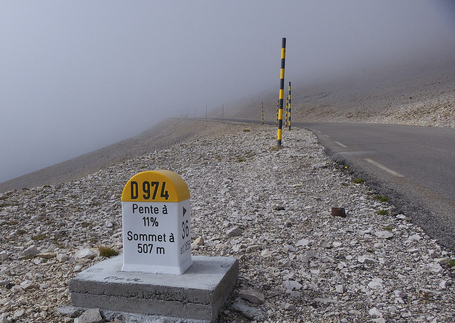 Near the summit is the Tom Simpson memorial. A poignant reminder that "doping" isn't just cheating, it is dangerous. 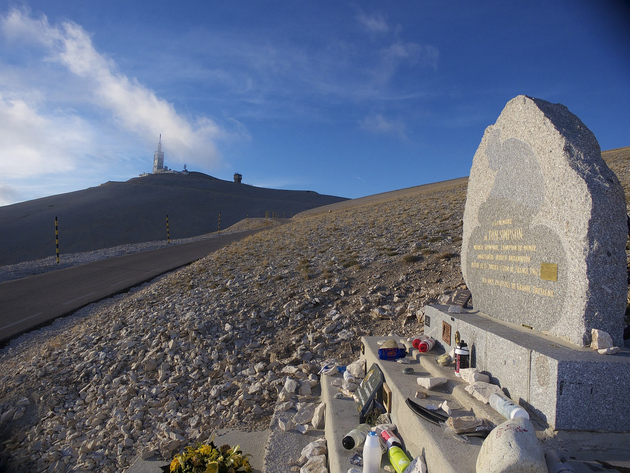 We, the wise members of Podium Cafe, voted this the queen stage last autumn. So it must be true.

For all those complaining about the Alpe being climbed twice, remember that for the fans on the side of the road it will be complete bedlam twice the fun. The mountain is already famous for being the largest toilet in France the night before over-run on Tour day.

This will be the 28th stage finish atop Alpe d'Huez. It first appeared in 1952: Fausto Coppi for the win. It was 24 years before its second appearance in 1976, and now has become perhaps the most famous climb in cycling. 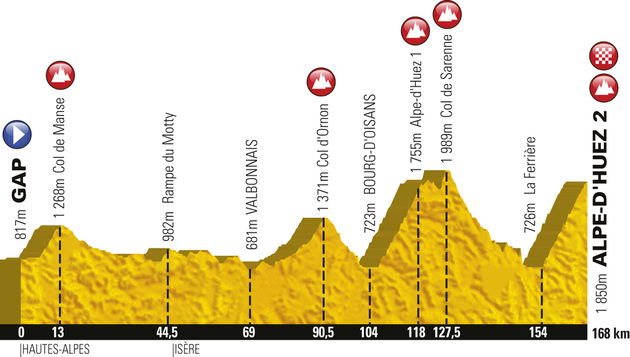 After an initial ascent of the famous route up Alpe d'Huez, there is some downhill and a couple of steepish kms to arrive at Col de Sarenne @ 1989 metres. But the fun part is the jaw dropping descent down the other side of Sarenne. Steep, remote, hairpins. 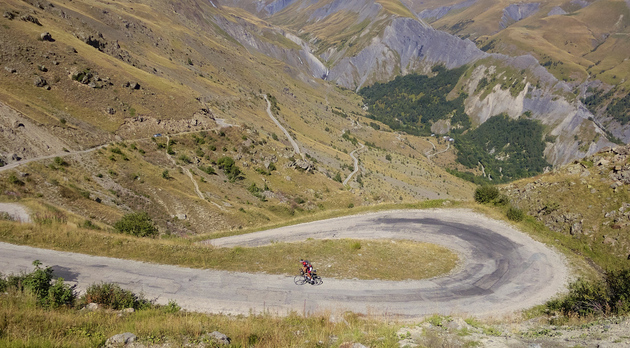 This will be hair-raising and tricky. It's roughly 27 kilometres of descent and then a second ride up the Alpe. It is easy to be cynical about another Alpe d'Huez appearance -- there are better climbs in the immediate vicinity, but let's not go overboard. It will be a special stage.

The Alpe in autumn: 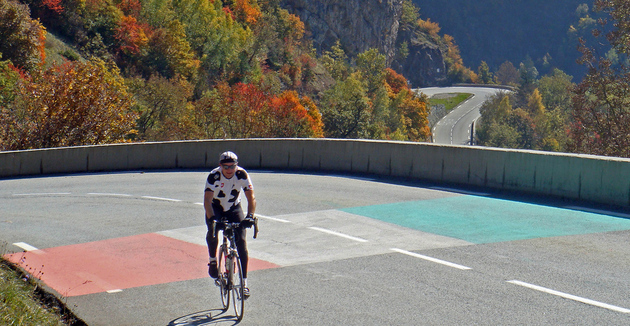 My two cents: they should have climbed Col de Sarenne (it's a jaw dropping climb), then descended Alpe d'huez down to Allemond (on a 3rd road up/down), and then climbed the classic Alpe d'Huez route. One day they'll let me design a Tour.

Yes, Madeleine, (and Ventoux) are the two toughest climbs in the 2013 Tour. And Col du Glandon isn't far behind.

Personally, I think this is the "don't miss" stage of the Tour. I live relatively near to the final climb and always consider it as quite tough. But look how tiny it seems next to the first two monsters. Imagine a hot day in late July. I can't wait. 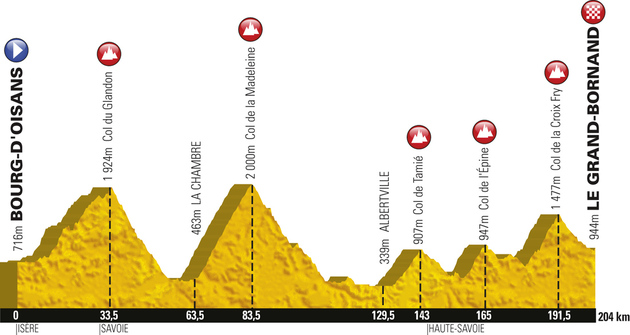 This may not be a summit finish, but this stage is awesome. Trust me. On TV, we'll hopefully still see the two Hors-categorie climbs at the start, including the beautiful Lac de Grand Maison half way up to Glandon, and the brutal south side of Madeleine.

Note, the first climb is really the route to Col de la Croix de Fer, but 2.5 kms before the summit there is a left turn and a couple of hundred metres to Glandon. The Glandon descent is hairpin heaven.

Still, the final three climbs are also fun. Tamié passes the lovely Abbay de Tamié and its cheese. Epine I always call half of a beautiful big climb, just a little short.

The last time the Tour finished a stage to Le Grand Bornand via Col de la Croix Fry? In 2004, this was the famous stage where Lance, Jan, Floyd, and Klodie descended and HWMNBN tried to request the stage be gifted to Landis, but The Germans declined to play along. Armstrong would beat Kloden by inches to win.

Col de la Croix Fry is my favourite winter climb near me. Podium Cafe's favourite son Jens cycled it earlier this year with his own personal photographer: 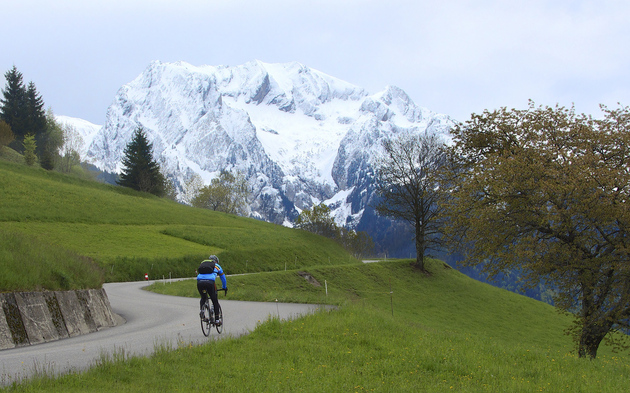 Le Semnoz? Never liked this climb. It just keeps getting harder, through never-ending woods, called a boring grind by @friebos. Yes, we are complaining in part because Le Semnoz is hard work. 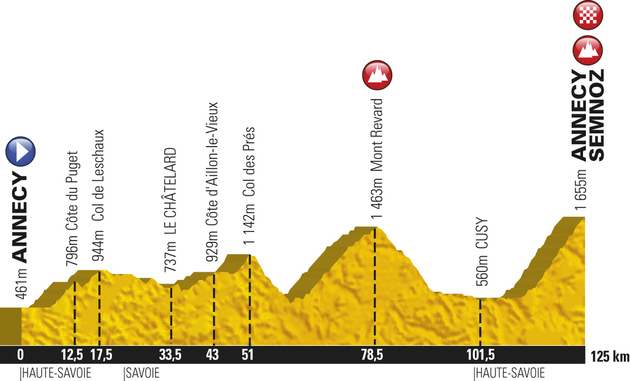 Le Semnoz is the biggest climb near beautiful Lake Annecy. Let's get the nomenclature correct: Le Semnoz is the big massif on the west side of the lake, Crêt de Châtillon is the name of the summit: cow pastures in summer and a small ski station in winter. Beers at the top!

There are multiple routes up this great mountain. The Tour will take the hardest north side, starting on a little road from the west. Its only previous appearance in 1998 was neutralized due to a rider protest during the Festina affair.

For movie buffs, along with Ventoux and Izoard, Le Semnoz featured in my favourite cycling film "Le Velo de Ghislain Lambert." It is also another on the list of big climbs completed by Jens and his personal photographer: 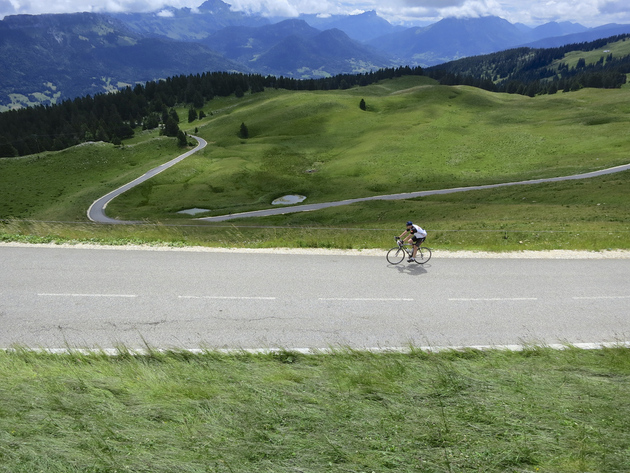 A very bumpy stage that will be this year's Etape du Tour, it will also climb Mont Revard (4th appearance), Col des Prés, and a scenic backroad to Col de Leschaux (Jens!): 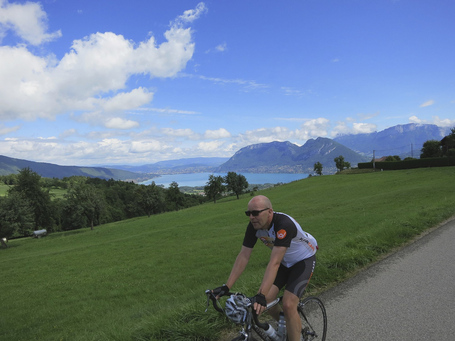 If you made it to the end, I owe you a beer.

This is a better Tour route than 2012. I am looking forward to seeing 3 days of beautiful Corsica, the hilly Time Trial, the Team Time Trial, etc. But I am especially excited to watch 6 well designed mountain stages.

My final advice? Pull up a BIG CHAIR and enjoy the show. A très bientôt.