Share All sharing options for: Le Tour: The Nine Situations of Team Sky

The great warrior philosopher Sun Tzu has held the key to many a battle over the millenia. Generals, even western ones, are guilty of malpractice if they don't take a good hard look at "The Art of War," history's great How to Win Friends and Crush Rivals guide for dummies. Certainly Chinese generals have long adhered to its tenets, or at least when they became corrupt and blew it, they could go back and figure out why. Business executives slobber over its wisdom and the vague prospect that they can become richer than Roosevelt if only they can put Sun Tzu to work on Ted Chaough or those jerks at BBDO. Athletes too have been known to go scratching around for advantages. Which is why we discuss it today. One simple reason. 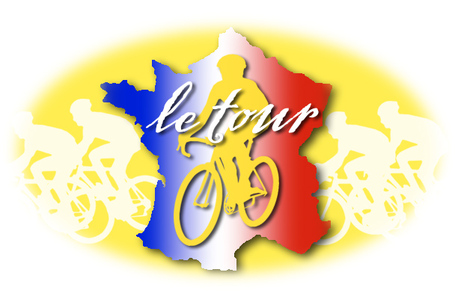 Not that Team Sky need any help, from an athletic point of view, but on the other hand after last year's dominance (and if the Giro is any guide), the reality is that everyone regards them as the overwhelming favorite. Such a status can be a good thing in, say, football, where you're as likely to intimidate a rival as not, and you only have to deal with one at a time. In cycling things get sticky, fast, for the overwhelming favorite, because if people buy that storyline, it has the potential to galvanize the other 21 teams as the Anti-Favorites. This is what awaits Sky in Corsica starting on Saturday.

Face it, nobody really likes them. Cavendish's Quick Step team wants to show them they made a mistake with the former World Champion. The Italian teams just got done raking Sky over the coals at the Giro. The poorer teams can be forgiven for wanting to slash the tires on the ultra-fancy Sky bus. Certainly any team that stood there taking one flurry of body blows after another from Team Sky at the 2012 Tour is not likely to harbor any warm feelings. And do I even need to mention Rupert Murdoch?

So Sky, despite its rich talent and hard work, really do need something special to overcome the challenges awaiting them this July. And Sun Tzu is here to help.

Now, the Art of War is a pretty dense text, so for today let's look at what Sun Tzu called the Nine Situations, or Nine Terrains. Sun Tzu said:

Let's sort out the Nine Situations Sky will encounter at the Tour de France:

OK, so how do Sky apply this knowledge to draw up a winning plan? Again, let's bring in ol Sunny Tzu:

Stage 8 could be interesting, with its early test and relatively threatening climb up the Port de Pailheres after an easy approach. Teams will be anxious to gang up on Sky that day, since the effort required to mess up Sky's plans is less than most of the other climby days. As the text tells it:

This is a lot like what happened on the famous occasion when Hannibal was hemmed in among the mountains on the road to Casilinum, and to all appearances entrapped by the dictator Fabius. The stratagem which Hannibal devised to baffle his foes was remarkably like that which T`ien Tan had also employed with success exactly 62 years before. When night came on, bundles of twigs were fastened to the horns of some 2000 oxen and set on fire, the terrified animals being then quickly driven along the mountain side towards the passes which were beset by the enemy. The strange spectacle of these rapidly moving lights so alarmed and discomfited the Romans that they withdrew from their position, and Hannibal's army passed safely through the defile.

Bottom line, on Stage 8 Sky should bundle flaming twigs to a herd of oxen in order to dissuade teams like Movistar from attacking. Meanwhile, they should go great guns on stage 9, sit back on the medium mountain stages, slog it out on Ventoux and the Alpe (like they have a choice?), gather in plunder against the watch, and be ready to unleash hell the last two days if the war hasn't already been won.