Stage rating: Medium Mountains (I think -- can't locate the Tour's official rating ATM, but this has to be so) 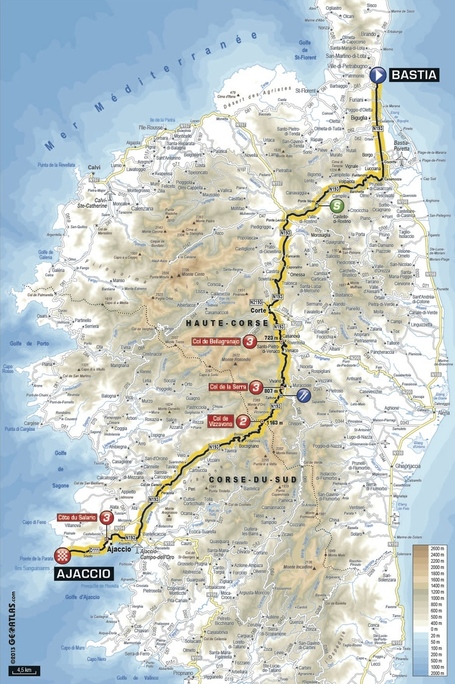 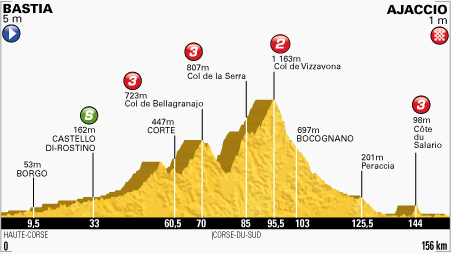 It's come to light that Euskaltel-Euskadi, with few other prospects, have come to the Tour to win the polka dot jersey. Juan Lobato struck first Saturday, garnering all of one point, but the situation gets real on stage 2, with cat-3 and cat-2 points totaling as much as 11 points on the line. Of course, by Paris we won't care much about 11 points.

If the climbs aren't handled too hard, one can imagine this ending in a sprint. There are 60km from the Col de Vizzavona to the finish, so it'll take a pretty large and determined lead group to hold the sprinters' peloton at bay. But! awaiting them is the Cote du Salario, a single km of nearly 9%, just 12km before the finish. Here you can expect Marcel Kittel's day in yellow to end, along with Cavendish and Greipel. To the front you can maybe expect to see Peter Sagan and Alexander Kristoff, among others. But they'll need some help finishing things off. Should be an intriguing one.

Kristoff. If he's there, he'll be nursing fewer bruises than Sagan.