Welcome to the Tour that just keeps on giving. Nothing is predictable so far in this race and just when you think it's going to calm down it goes into overdrive again. If it goes on like this the Eneco Tour is going to have a tough time winning the Stagerace of the Year title like it usually does.

Share All sharing options for: Three stars of the Drieweken de Frankrijk 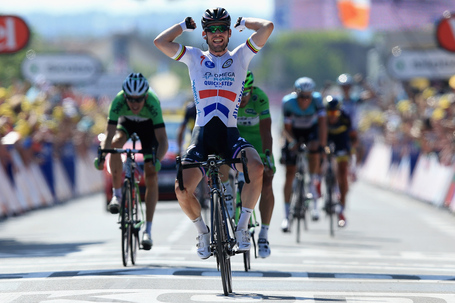 You can take a team out of Belgium but you can't take the Belgian out of the team. This was a classics juggernaut that had been tamed to function as something as banal and one dimensional as a leadout-vehicle for the worlds greatest sprinter for three weeks in July. But when cornered, with fewer wins than expected and a string of frustrating stages behind them, they ripped off the thin veneer of civility and exposed the raw flahute-instincts that they have built their classics success upon. They turned the race on it's head (again) with a split second decision to try their luck, to attack and see what would come of moment of chaos. From there on they didn't miss a beat. They found an ally in Belkin to eliminate Argos, were attentive and made the split when Saxo hit the gas and they played the finale to perfection even though they were up against the brilliant finisher Peter Sagan and took the win. 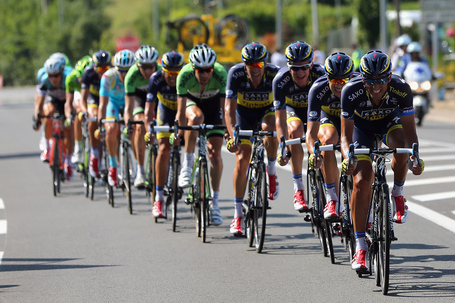 Gotta love an orchestrated team attack from a GC team. Saxo-Tinkoff were mentally well prepared to race today. They probably hadn't anticipated an opportunity of the magnitude like the one that appeared today but they were clearly prepared that the wind could create danger moments on the road and they needed to be attentive. So when OPQS and Belkin opened the hostilities they were around but they declined to take part in the pacemaking at first. Then someone, somehow sensed an opening and in one swift action they committed the entire team to an offensive that was never a sure thing to succeed. But Contador and his troops didn't care they put their heads down and pressed their advantage to the max. The minute and nine seconds they fought hard to conquer may not win them the Tour but it sure has Froome and Brailsford shopping in the adult-diaper section in the nearest Carrefour tonight. 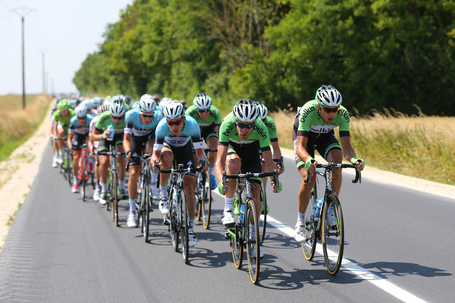 Here's what you do. You take a peloton of the worlds greatest stageracers, put them on a road in France in July for the most prestigious race there is, with the whole world watching. And then you get the poor bastards to race like it was a filthy, freezing, windy Flemish Wednesday in March. Success!
You can't beat the pure brutality of the kind of bikeracing we saw today with teams using the conditions to turn the screws on one-another to separate the wheat from the chaff. It's cruel, vicious, unfair. And beautiful.