Three stars on the eve of mayhem

Today, as exciting as it was for a while in the finale was ultimately just a mild preview of what awaits between now and Sunday in the Tour. So here are three stars that point to what we we may have in store.

Share All sharing options for: Three stars on the eve of mayhem 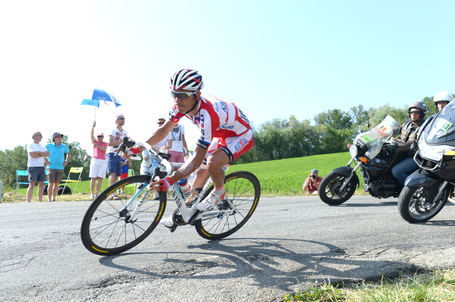 We've been waiting for J-Rod to be a factor in this race but until Ventoux he was virtually invisible. Today we saw Katusha attempting something for the first time and it netted Purito a minute on a few of his competitors. With a little luck the little climber has consciously built his form for the brutal final week. If that is the case then there is more attacking to come. 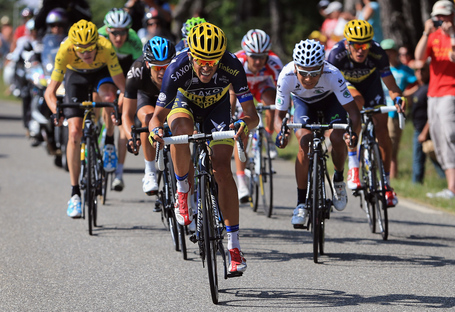 The rest day comments out of the Saxo camp sounded a little downbeat. It was hard not to interpret it as if they have given up the idea of toppling Froome from the no 1 spot and that's why it was good to see them attacking when Katusha had laid the groundwork by splitting the field on the Col de Mense. Let's hope it was a signal that they will continue taking the fight to Sky all the way to Le Semnoz. 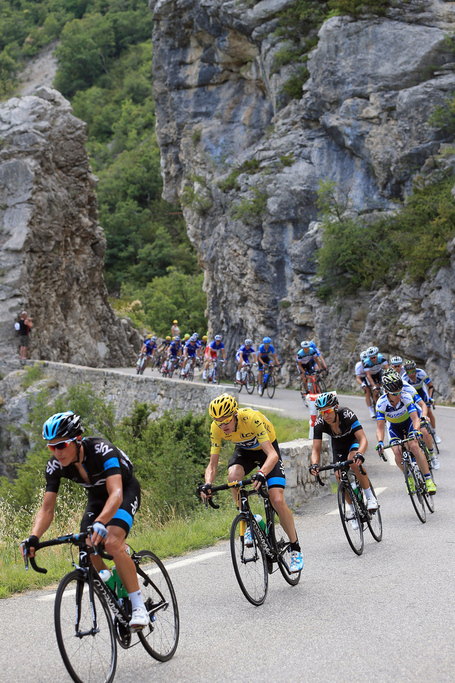 It's going to be an intense week and we got got a little foretaste of one of the main characters in the coming days, the fantastic nature and scenery of the Alps. Show me any other sport with a more spectacular arena.