Stage 19 - A Detailed Look At My Favourite Stage Route

Share All sharing options for: Stage 19 - A Detailed Look At My Favourite Stage Route

I thought I'd take a closer look at stage 19's route as it will be entirely televised, and given the Tour so far it's easy to see this being an incredibly active, and brutal day on the bike. Yes, I am excited. 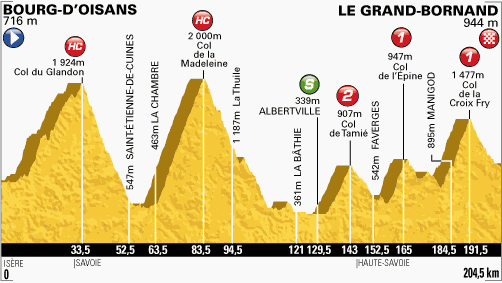 Starting at the foot of Alpe d'Huez after a short ride through the valley the route will turn right and almost immediately head up. The climb passes two beautiful alpine dams/lakes, first at the foot of the climb, and then much, much higher, the Lac de Grand Maison.

The climb is split into three sections, separated by two short downhills. The first section including two full kilometres averaging 10% may be tough enough to split the peloton and start the formation of the grupetto - perhaps 175 kilometres from the finish line !

They are in fact climbing Col de la Croix de Fer. Col du Glandon sits on the shouder of Croix de Fer - a left turn two and a half kilometres from the summit -- see profile.

The descent of Glandon

We talked about this a little in the Alpe/Sarenne preview. But the descent of Col du Glandon is quite technical especially the top three kilometres.

The top 3 kms are very steep … 10-12% with sharp hairpins. ALWAYS a blood bath during the La Marmotte cyclosportive. My first time, there were ambulances/medical cars at first three hairpins. One year they let riders down a few at time due to crashes. Another year a rider was killed. They neutralize the descent now.

Below: The difficult top 3 kms of Col du Glandon, the day before the road opened (you can see more hairpins down to the right). 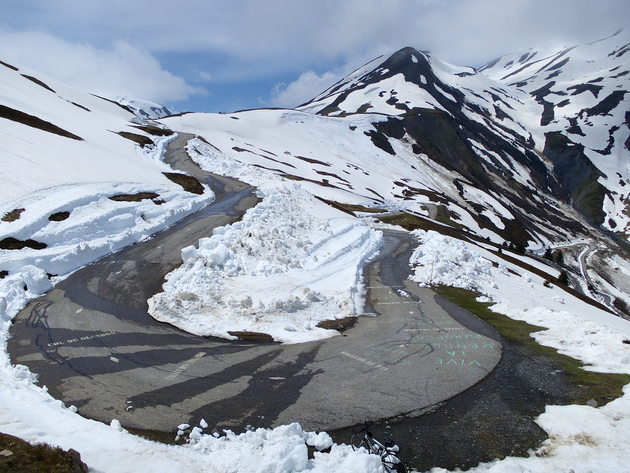 After descending Glandon, and quickly crossing the Maurienne valley, the route immediately heads up again. 19.5 kilometres long and 1550 metres of ascent (5100 feet), Madeleine is only slightly shorter than Ventoux with a higher average grade. Roughly 40 hairpins relentlessly heading higher. Not easy.

The last few kilometres are on the ski slopes of St-François-Longchamp ski station. It can be incredibly hot on these unprotected south facing hairpins --- but I expect it might just be wet tomorrow. 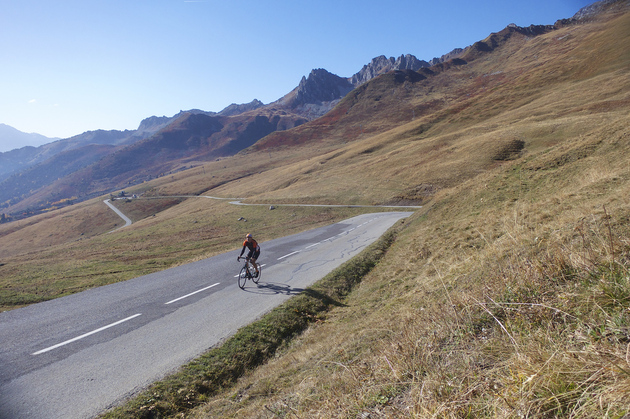 The long descent of Madeleine of course has some tricky parts - especially the top, but this will be faster and less technical than Glandon.

View near top of the descent: 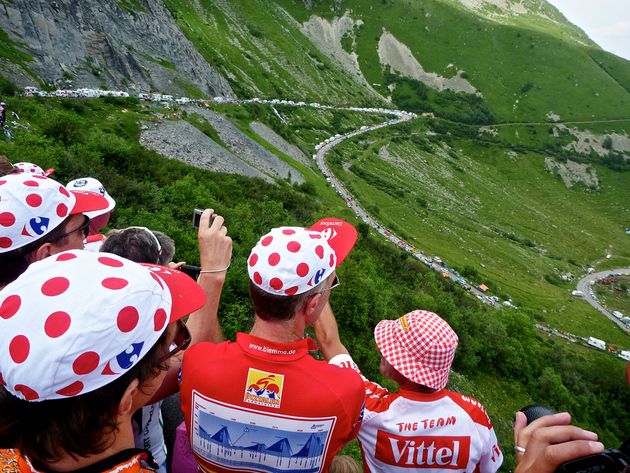 Think of these two as half a big climb each equaling one good sized climb. 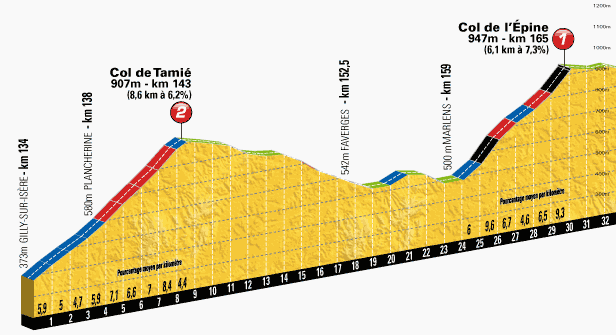 At the summit of Tamié tourists can visit the old stone Fort de Tamié that protects the valley to Albertville well below.

The descent is not steep and super straight. The easiest descent of the entire Tour? Fast. They'll pass the beautiful old Abbay de Tamié, famous for its cheese.

For Col de l'Epine, expect some nice helicopter shots of the hairpins here as this fun medium climb winds up the side of a mountain.

The peloton will pass (then descend) Col du Marais before taking a sharp right to begin one of my very favourite winter ascents: Col de la Croix Fry.

2004 Tour de France - Stage 17 had the same finish. On the final climb of Col de la Croix Fry, Lance Armstrong looked to gift the stage to his (then-loyal) lieutenant Floyd Landis even signalling this to T-Mobile stars Jan Ullrich and Jan Klöden. But they had other ideas.

This led to an unbelievably competitive descent with Klöden seemingly escaping to victory only to be pipped by inches by an ever-vengeful Armstrong, his third straight stage victory.

After passing the little town of Manigod half way up, this climb gets very steep for a couple of kilometres. After a long, long day, this might be the final spot for fireworks. It's certainly where I would stand if watching the stage live. 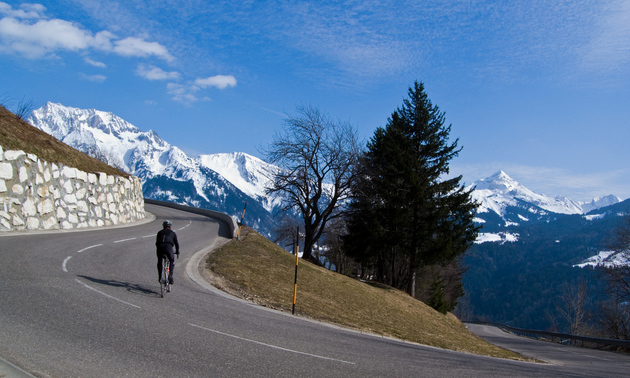 The descent down to Le Grand Bornand is general very, very fast - not tricky. After summiting Croix Fry it will not take long until we have the stage winner of my favourite stage route of this 2013 Tour.

This is a stage with the potential for excitement throughout, from the very early steep slopes of Col du Glandon, until the hair-raising descent to Le Grand Bornand. It's impossible not to expect compelling story lines throughout in a stage that will be far harder for Sky to control than at the Alpe or Le Semnoz. And don't forget the Grupetto. This is the stage to keep an eye on time cut-offs. The Lanterne Rouge will earn his stripes.

My recommendation: pull up a chair, open a beer (or two), and prepare to be thrilled.