An Alpe d'Huez day in the Tour never disappoints and today was no exception.

Share All sharing options for: Three stars of Double-Alpe day 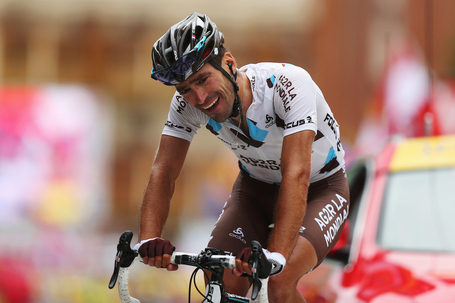 No words necessary. Savior of the Tour for the French and he did it in a way that was 100% heart

Hard not to feel for Tejay van Garderen who looked to have the win in his hand until he ran out off steam completely with a few kms to go. He aimed high and almost grabbed a race-saving move but in a way that was almost symbolic for the entire BMC campaign he came up empty. Luckily for him there will be many more years and many more chances. He will be back to compete for the Yellow jersey. 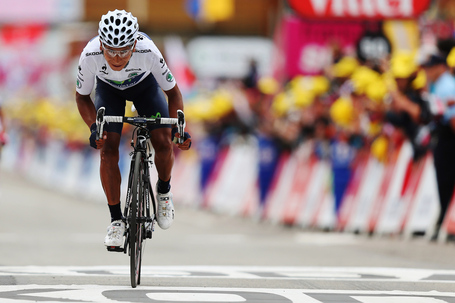 When Froome on the top half of Alpe d*Huez made his subtle subtle signal (most resembling that of a stranded sailor on a deserted island trying to attract attention from a passing airplane) that he was in trouble and needed energy-refilling, Quintana was the first to pounce on the opportunity. The kid races with maturity beyond his years and I struggle to think of one moment in this race where he has made a really bad call? Hard to imagine him not being on the podium on Sunday now. 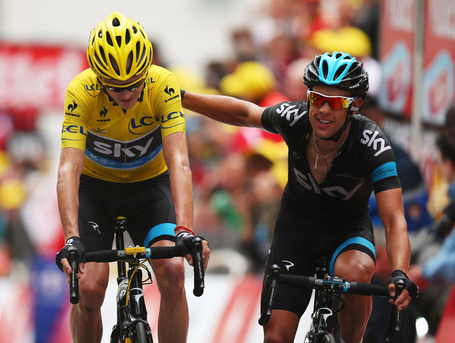 Sometime even the strongest can use a friend and helping hand. Today Porte was that and more for Chris Froome. The two are a lethal duo for sure. Porte is not far off his leader in strength in his best moments and the dynamic between the two make up a stark contrast to the one between Froome and Wiggins. In the situation where the leader struggled and needed pacing into safe port which slightly mirrored last years stage to Peyragudes the difference was clear to see. Where Froome rode awkwardly and impatiently looked back to see what the hell Wiggins was doing slipping off his wheel, Porte was instead looking back with care and looking after his captain. It might have been an insignificant few meters but mentally the difference should be of immeasurable importance to Froome going into the last two hard stages. 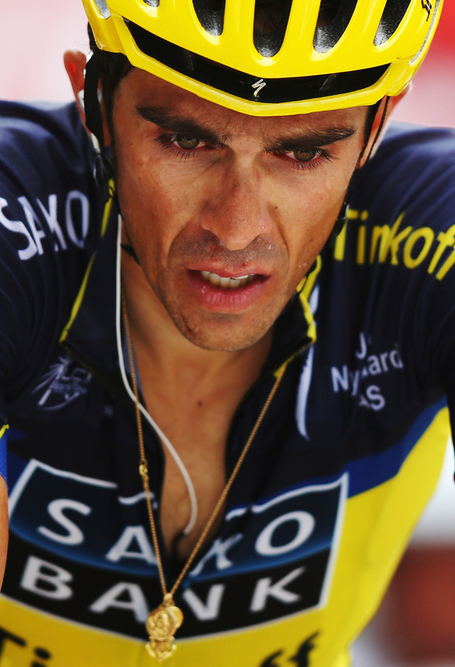 Saxo were active right from the beginning and their intentions were pretty clear from Km 0. They tried desperately to put pressure on and place some of their stronger riders in the breakaway but Froome took the initiative and fended them off when his team was unable to. In doing so he looked to be spending a lot of energy so even if they failed that move looked a promising start to a day of wearing Froome down. Then Paulinho and Roche went on an attack that left them hanging in limbo until the first Alpe passage without much point seemingly. The somewhat expected Contador and Kreuziger attack down the Sarenne went nowhere really and when things got real up the final climb they both fell off the pace. Ultimately they ended up losing time even to the semi-bonked Chris Froome and if the Saxo offensive had helped to deplete his energy reserves they were not there to benefit from it. In the immortal words of Homer Simpson "You tried and failed. Lesson is: Never try". 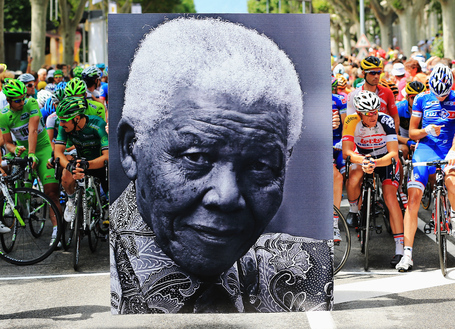