Share All sharing options for: Le Semnoz - A Closer Look

Above: Highway signs are better in France (here's another).

Le Semnoz is the biggest cycling climb near beautiful Lake Annecy. Let's get the nomenclature correct: Le Semnoz is the big massif on the west side of the lake, Crêt de Châtillon is the name of the summit: cow pastures in summer and a small downhill and cross-country ski station in winter.

This will be its first Tour appearance.

In 1998, Le Semnoz was scheduled to be climbed but the stage was neutralised as part of a rider's protest against police anti-doping efforts during the Festina Scandal.

There are multiple routes up this great mountain. The Tour will take the hardest north side, starting on a little road from the west.

Ghislain summiting the south side of Le Semnoz:

The amateur cyclosportive L'Etape du Tour, the other week, used the same route as stage 20 --- cycled by Podium Cafe's own Maratsafin.

The riders will start on a quiet little western branch of the north route climbing through a thick forest. It joins the principle north road (coming from Annecy) after several kilometres. It's not my favourite cyclo-tourist climb as it is steadily steep, but with few views beyond the woods on either side. However, the last couple of kilometres are superb, and the views from the summit while enjoying a beer are outstanding. 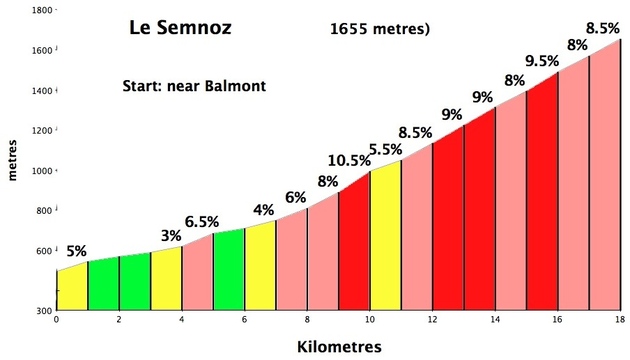 Generally the route is very quiet, but there are the occasional traffic jams nearing the summit:

The name Semnoz comes from the Romans who thought the mountain looked like a Salmon. 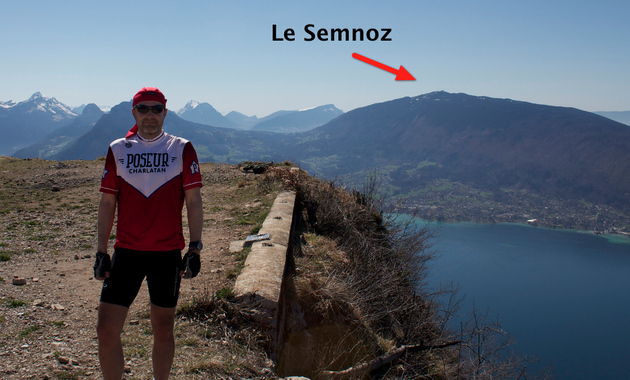 Lots of Mountain Views at summit: 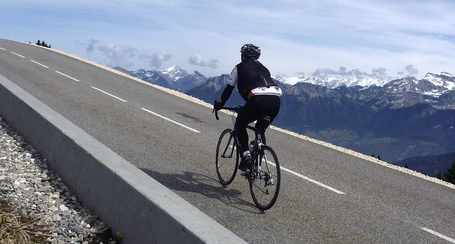 The Woods on north side:

The final climb, of the final stage before Paris should be a challenging finish to a very lumpy stage. Jerôme Coppel for-the-win!