The battle to win the Tour may be over, but there will be plenty of fighting over lower positions and the climber's classification on the final summit finish of the Tour. 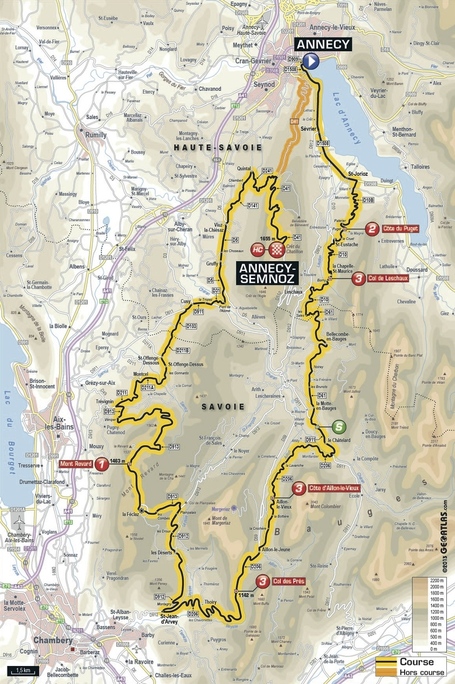 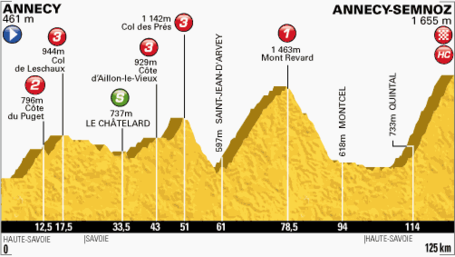 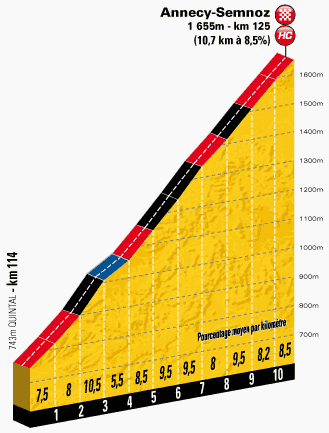 Chris Froome is going to win the Tour de France. His margin of victory may not be in excess of five minutes as it is now, but barring a disaster, he will wear yellow into Paris on Sunday. Second and third placed Alberto Contador and Nairo Quintana put their teams to work in what looked like an attempt to pressure Froome on the final climb of the day, the Col de la Croix Fry, but little came of it. A brief flurry of attacks, followed by a regrouping, riders either lacking the legs or the inclination to take risks on a wet descent. Sky looked vulnerable, but Froome was capable of handling challenges on his own, even if he looked a little less spry than last week.

But take heart, we can still have a stellar stage on our hands! In a year of firsts, this is the first time the Tour has ever used the climb to Semnoz. It's a tough one too, ascending 922 meters over 10.7 kilometers for an average gradient of 8.5% with ramps into the double digits. Steep enough to hurt and provide little benefit to following wheels, but not so steep as to devolve into survival - in a word, perfect. Resident mountains expert Will has an excellent in-depth look at the climb that you should totally go read. Summary? He says it's tough too, and his legs should know.

Behind Froome, there is plenty of reason to fight for time. Nairo Quintana has sealed up the young rider classification, but he sits a mere 21 seconds behind Contador. The Colombian has superior climbing legs - second only to Froome's, and occasionally better - and put just over two minutes into Contador on yesterday's final ascent of Alpe d'Huez. His targets are clearly set on second place and Contador will have his hands full dealing with the young talent. But Quintana is not the only one with incentives to attack for fifth place Joaquim Rodriguez is a mere 47 seconds behind Contador. With Rodriguez finding his best form in the past week, expect major reshuffling of the top five. And fireworks - expect lots of fireworks with nothing save a relaxed jaunt into Paris to save energy for.

The battle for the maillot a pois should be hard fought as well. Thanks to a long, long day out front in the saddle today, Pierre Rolland is a mere point off the lead of Chris Froome. Mikel Nieve and Christophe Riblon are not too far behind, so count on at least two of them to get in the breakaway that goes early. If he wins the stage, or even comes in second, Nairo Quintana could take the jersey as well. Of the five within reach of the polka dots, Quintana probably has the best prospects for taking it to Paris with the final climb loaded with far more points than the preceding climbs combined.

Joaquim Rodriguez. Katusha have not won a stage yet and are plenty motivated to make sure a break does not hit the climb with an insurmountable gap.