To honor hockey's Chicaco Blackhawks who recently won a gloriously deserved Stanley Cup over a much, much inferior team I will award an NHL style Three Stars of the Game Stage for the rest of the Tour de France. Today it was pretty straightforward.

Share All sharing options for: Three Stars of Stage 4 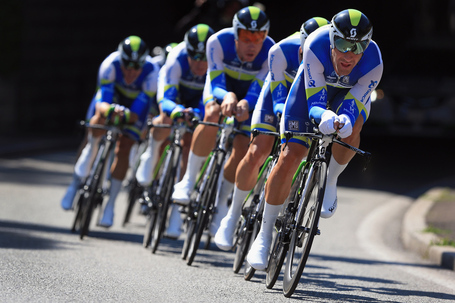 Seriously, nobody had Orica down as winners today. We all know they are a very capable TTT outfit but some of the biggest contributors (Durbridge, Bewley, Howard, Mouris) when they have succeeded in the past weren't here and frankly the competition is turned up a notch here compared with Tirreno for example. So when they pulled off another perfect example of how the best teams are greater than the sum of it's parts all you can do is doff your cap and raise a glass of Fosters in respect. Bloody well done mates. 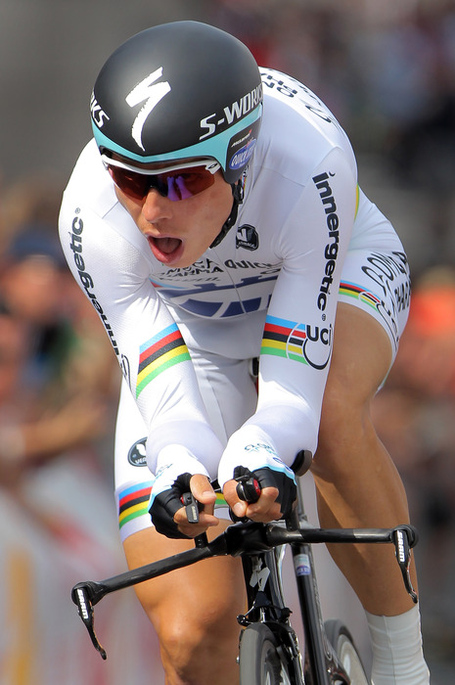 Bruised battered and bleeding, the German TT specialist looks like a walking dead after his brutal crash on stage 1. I didn't think he would start today and much less lead his team in his inimitable style to a very near victory. Fired up with a lust for revenge after last years lost TdF he is the most formidable TT machine in the peloton today. Even Cancellara at his best doesn't quite compare to the raw power of the Panzerwagen. Let's only hope that his team did the right thing letting him ride after his concussion/non-concussion(?), as much as we love watching displays as the one today we don't want them to be at the expense of the rider's health. 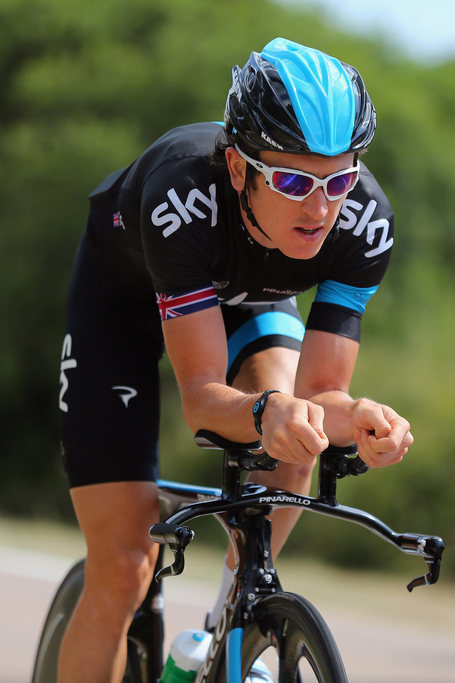 Another crash victim who fought through today's stage suffering the injuries from the stage 1 crash. In his case a hairline fracture to the pelvis that apparently make standing up on the bike near impossible. Every time the camera turned to Sky it was with surprise that you noted him still there taking active part in the rotation. Not until the final kms did he drop off to safely roll into the finish within the timelimit. In an event that is perhaps more about riding through the pain than any other in cycling his and the efforts of his partners in misery from stage 1 were the hardest of the hardmen today.