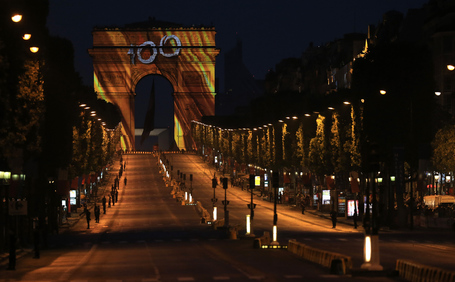 The Tour de France got exactly the finish it had hoped for. The three big name sprinters André Greipel, Marcel Kittel and Mark Cavendish went head to head in the final sprint in a fight to determine who is the greatest. Kittel was lead out in front and powered to a commanding win with his two competitors desperately trying to come out of his slipstream to overtake him in the final meters but without success. 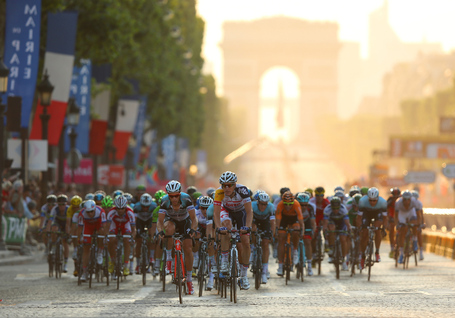 This gave Kittel his fourth stagewin of the Tour and he and his Argos team are the big winners in the sprint battle this year, Cavendish got two wins and Greipel one and the young German Kittel now looks like a future dominant of the sprints. The style in which Kittel won was very similar to how Cavendish has done it in past years with his team winning the leadout fight to let him hit the finishing straight in front of his competitors. Having clearly the best legs in this race he then used his superior power to finish with quite a comfortable margin. After a few dominant performances by Cavendish this was perhaps the best sprint, or most competitive, sprint we've seen on the Champs Élysées in many years. 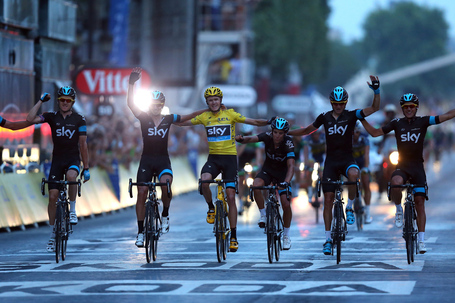 The late night racing on the Champs Élysées provided a stunning backdrop to Chris Froome's Tour de France victory and he finished the race safely behind the sprinters with the entire Sky team crossing the line shoulder to shoulder celebrating their second consecutive win in the biggest bikerace in the world. 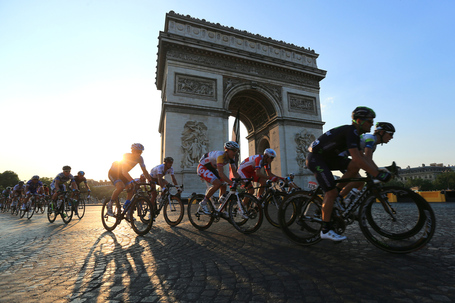