Non-threatening math for the point-seekers out there

I know how you guys generally feel about math. Frankly, it's not a subject that-- INTEGER!!! hahaha... sorry, I shouldn't do that to people. That isn't nice. 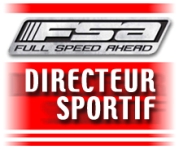 Why I'm writing about math is to size up some of the season's bargains from the FSA Directeur Sportif Competition: the Hundred-to-One Club! Now, who is and isn't a bargain is something more nuanced than what I'm about to offer. Undoubtedly Ursula's rankings rely on some sort of algorithm that I'm unaware of. When it comes to the rankings, precision is everything, and this is after all a man who puts needles into people for a living. Why I don't know about it? Well, for starters, he has all the needles.

So while maybe 80:1 or 70:1 is a bargain too, I want to focus on the guys who have so far brought in 100 or more points for every point/dollar spent. There aren't many of them, and they're definitely bargains. Recall, the point is to get max production out of your entire roster, from the expensive guys to the cheap ones. Having 25 1-point bargains might be the ultimate in efficiency, but getting your top guys to produce is where the big gross point totals come from. So let's break this down.

The Best of the Best

Of the 22 riders costing 20 or more points, there are a handful of riders poised to join up with Froome -- who, it should be noted, is probably done scoring points this year. He had been targeting the world championships, but I wouldn't put too much stock in him for a one-day race, even assuming that's still in his plans. (The time trial, on the other hand...) Anyway, Sagan is an OK bet to meet up with Froome, which he can do by passing the 3200-point level. Sagan, of course, is exactly the guy to put stock in for a one-day race, and there are plenty left, as well as the Vuelta, where he'd be a lock for a couple hundred more points.

The next-best bet is 24-pointer Vincenzo Nibali, who needs 673 points from his assault on the Vuelta or elsewhere to make the cut. Victory in the Vuelta is worth 600 alone. Vinny also tends to go hard at the Worlds, which are in Italy this year. Odds are, he gets over the hump. Then finally there's Fabian Cancellara. A 26-point investment, he needs over 1000 points to get home. Not sure if that many points are on the table for him, though the Worlds ITT is worth 350.

Middle of the Pack

This is more fruitful territory, the 6-18 point guys who make up the bulk of your team. 100:1 is still a very tough nut to crack, even as the prices start going down.

Like the 100:1 Club, this might not be the precise number at which suckage* is precisely measured, but I think it's safe to say that if you're on this list, you either aren't cut out for FSA DS glory, or you're on my team. Probably both. This list contains riders costing at least 10 points; there's a long list of doughnuts out there if you want the full picture.

[*suckage of course refers solely to the numeric values on which this game is run. There are a lot of guys who don't score points, and yet very much do NOT suck at their jobs. It's merely that scoring points is someone else's job. Or that you had bad luck. Or that your cost was based on the classics, which are as predictable as earthquakes.]