It was a first day in he mountains that provided more fireworks and upsets than anyone had anticipated. To explain today, stars only won't suffice. We need the full palette of astronomical phenomenons. 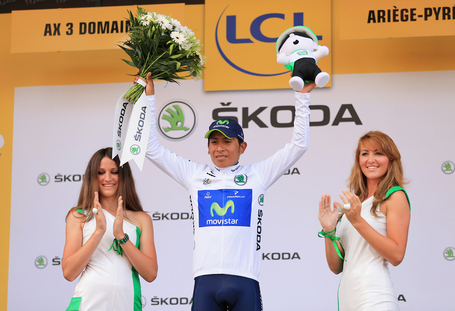 Yes I know technically he didn't quite pull his long-range attack off and he had to see himself passed on the final climb and lost 1:45 on the stage. But who cares really? Everyone who saw that stage saw a Tour de France-star born, pretending otherwise would just be silly. To be continued. Count on it. That creep can roll. 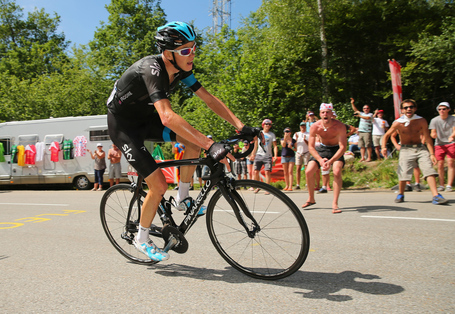 Yes I know technically Quintana didn't quite pull his long-range attack off and he had to see himself passed on the final climb and lost 1:45 on the stage. But who cares really? The opening aggression from Movistar sparked what might have otherwise been a passive stage into all-out war. Outsiders/stagehunters like Gesink and Rolland also used the opportunity to try their luck rather than sitting in passively. Sky was forced to respond to Quintana, who no one really knows where they have, and deploy the Skybots earlier than they would have liked. The ensuing carnage ultimately posed an excellent opportunity for Froome and Porte to stick the knife in. When Kennaugh was done at the bottom of the final climb Porte set in an acceleration that was for all intents and purposes an attack which Froome later finalized to blow the GC to bits. We got a fantastic stage instead of a lame detante. Only downside..... it might have killed the rest of the race. We'll see.

Belkin looked to be among the long list of losers on the stage. Gesink's attack went nowhere and as the pace went up the Belkin boys seemed to slip quietly out the back with the majority of the field. But they rode perhaps the smartest race of anyone, taking their own pace to conserve power and avoid blowing up. As others went over their limits and found the final kms excruciting, Mollema and Laurens ten Dam advanced through the pack to take 4 & 5th on the stage. That was a nice bit of stealth-riding. What can two more weeks of riding like that get them? 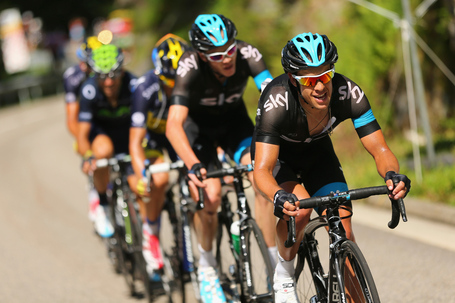 Are they as good as we thought and feared? Yes. Any more questions? 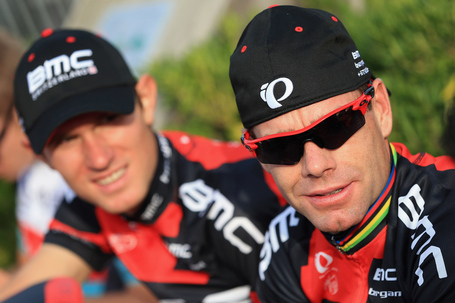 For a team that came with two potential stars and who seemed like their greatest problem was going to be establishing pecking order, today was about as horrendous an implosion as you could imagine. It made Ochowitz trying to crawl out of a ditch look like a bright shining moment. I'm sure it's someones job tonight to try and come up with a plan to salvage this TdF for BMC. I don't envy that sorry bastard his task. 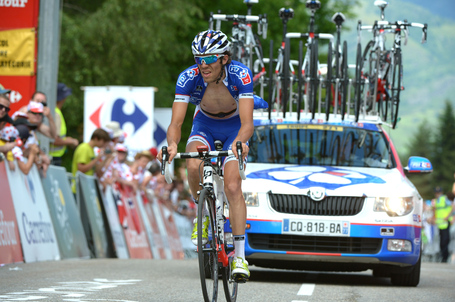 Thibaut Pinot, you broke my heart (and those of countless Frenchmen too I suppose). What happened little dude? Info seems scarce but his disappearance from the GC (6 min lost) and Rolland's limited ability in this Tour can make this a long two weeks for the French who have yet to score a top 5 result on a stage. All isn't lost of course .Pinot and Rolland can rebound to grab a stage or in Rolland's case a polka onesie but hopes were set higher so it had better be an Alpe or Ventoux win if it is to impress anyone.
The one bright note today was a solid effort from Ag2r who had Peraud and, surprisingly, young Romain Bardet in with respectable performances