Three Stars of Madness and Chaos

How do you sum up brilliant stages late on a Sunday night.? Well you can't really but you can always look at the pretty pictures.

Share All sharing options for: Three Stars of Madness and Chaos 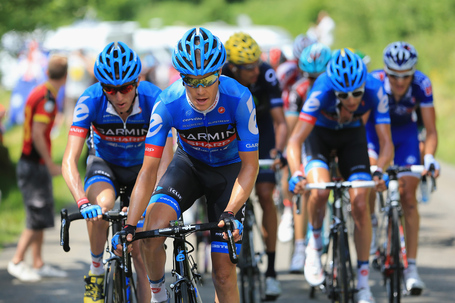 It was a crazy start to the day and no one helped create the crazy more than Garmin-Sharp who threw just about every rider they have out on the attack. They didn't stop until they, with active help from a bunch of others, had completely detonated the peloton. For a while it looked as it wouldn't do them much good as Hesjedal went backwards and Talansky appeared to struggle to hold on. And then Dan Martin stepped up and finished a brilliant bit of team strategy. 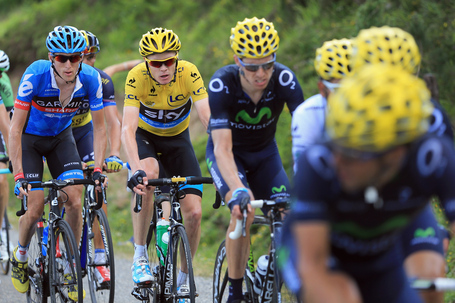 Some will say they didn't make the most of the situation they helped create today and maybe that's true but then again I have never been able to find the perfect snack that is both delicious, healthy and at the same time not fattening. The world isn't perfect, sometimes you can't have everything you want at once. As a team they did massive work today putting both Sky and Saxo under immense pressure. They fired one of the podium candidates right down the garbage-chute and they currently hold places 2, 7 & 10 on general classification so stick that in your pipe and smoke it. 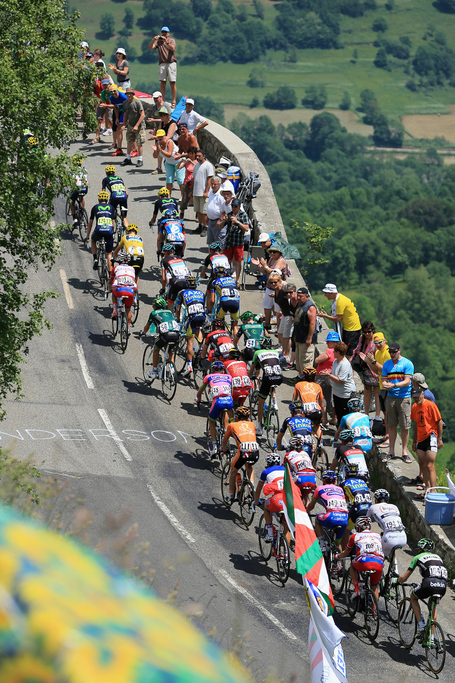 We always talk about this, how good it is to see the early action, the formation of the breakaway and the frenzied first hour of action. The full stages in Corsica provided plenty of extra beautiful scenery but as far as early action they were pretty much a dud, little of substance happened and the racing was unusually tepid in the early hours. But today came through in spades. That whole stage of racing we saw today was some of the best sports TV I can remember watching. Bike racing at it's very best.