Time to find out if the Green Jersey is still being contested.

Share All sharing options for: TdF Stage 10 Preview: Tour of the Heartland 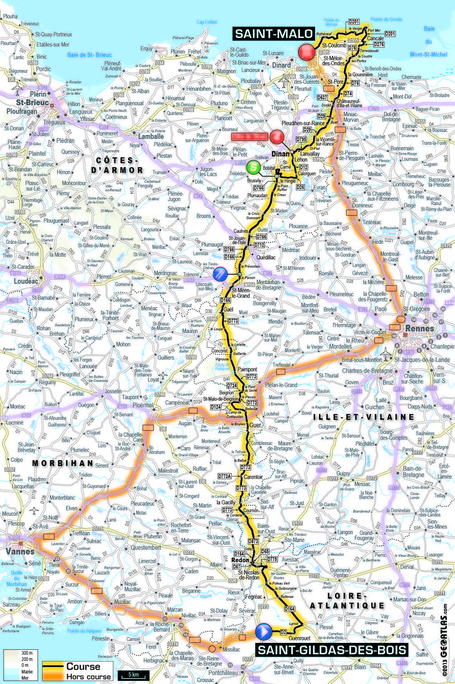 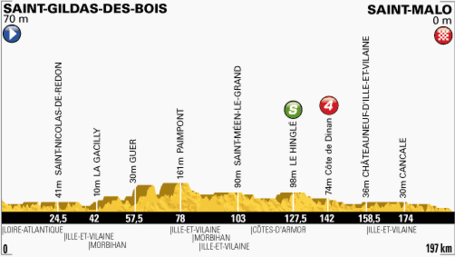 The Tour de France continues its survey of obscure saints and the country of France, heading up to the original cycling hotbed of Brittany. I know Paris gets the headlines when you delve back into the past, but think about it, could any major city really be where cycling takes root? Not really, and in fact the two original races in French history, dating back to the early days of the velocipede, were Paris-Bordeaux and the still-happening Paris-Brest-Paris, with the turnaround being the center of Brittany. You know who else is from Brittany? Bernard Hinault. That's how cycling-mad Brittany is.

OK, on a more local level, it really is one of the cycling-maddest regions of France, and it is also home to the kind of rolling and occasionally steep terrain that often make for really exciting racing (as opposed to Bordeaux). Tuesday's 10th stage of the 2013 Tour de France will give riders and viewers a flavor of what makes this a great place to ride. [Wednesday too, but let's table that for now.] This stage may be likely to end in a sprint, but there will be nothing simple about it, and controlling the pack will be left to whichever sprint team feels up to the task of driving the pace over innumerable small hills, rather than a flat autoroute. On the other hand, the team most incentivized to control things would be Cannondale, and they're a nice mix of beaters who can climb a bit, not unlike their leader Peter Sagan. Breakaways will also come into play, and they won't be easy to mark. In short, if the riders (or some of them) want to make hay, Stage 10 is a pretty good place to do it.

Competitively speaking with Sagan holding a 93-point lead over his closest challenger, and all the other cards too, will sprint rivals like Andre Greipel and Mark Cavendish even contest the points jersey anymore? Check out the intermediate sprint. If they don't bother, we have our answer. If they do, well, it's not much of a bother so they may battle it out just in case (e.g. if Sagan crashed out or got ill). But sprinting isn't as easy as it looks, or sprinting to win isn't. Burning a few matches halfway through may take a tiny edge off your legs in the finale, if you aren't careful. So... we'll see.

Andre Greipel. I think the peloton will be incentivized to chase and on a tough day I'll bet Greipel has a bit more in the legs than Cav.