Not all the days in the Tour are sparkling adventures. There's always something to smile about though.

Share All sharing options for: Smile! It's Three Stars of Saint Malo 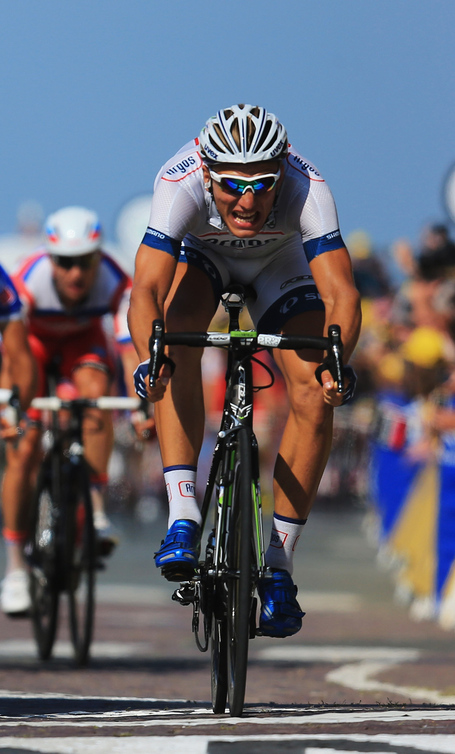 Mark Cavendish dislikes losing. He dislikes losing to André Greipel even more. Well luckily there's a remedy for that ailment now: Marcel Kittel. No joking, there has been very little to challenge Cav when it really mattered in the last years.That ends now. Kittel is a serious, serious threat to Cavendish's supremacy. I'm even slowly beginning to ponder whether Cav might not even win on Champs d'Elysées? I mean not win on Champs? Its' unheard of. It defies the laws of nature. And it might be reality this year if Omega Pharma don't seriously get their ducks in a row, and fast. 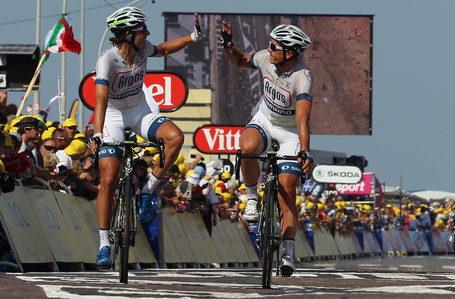 No other images in sport do more to strengthen your faith in mankind than the ones of teammates celebrating their captain winning a bikerace. Often hard to explain to outsiders, the fundamental nature of cycling as a teamsport is sometimes so blatantly obvious in these images. The entire Argos-Shimano team this year is dedicated to allowing Kittel to deliver on his promise and while they may not have the biggest names their dedication and single-mindedness is paying off. Kittel may be the one on the podium and in the interviews but he is clearly not the only argonaut enjoying himself in this TdF. 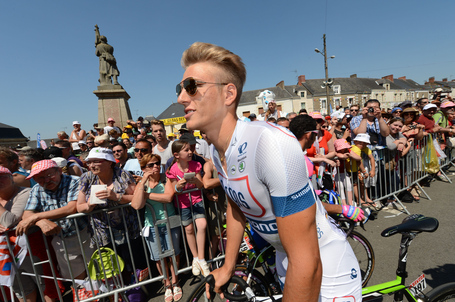 Clearly we should have all known what was coming when we saw Kittel turn up to the race looking like this. There is no option to fail when you look like Dolph Lundgren's fitter and crazier younger brother. Domination is the only option. Cav really need's to find a grumpy Italian buddy and shove off to some Siberian cottage to get in the mood to beat Ivan Drago Kittel. Otherwise he may very well be resigned to playing human Bocce-ball with Kittel's sweepers for the remainder of this race. I mean, look at it.....look at it! 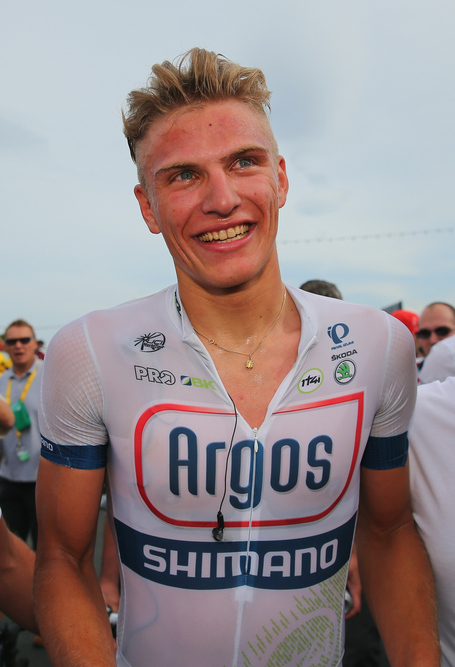