I promised Jens a 10,000 word essay on why Vincenzo Nibali is so awesome. So here goes.

Pedigree: The highest. When victory is close, the Shark of the Straits doesn't aimlessly circle around. He smells blood and WHAMMO! Victory.

Of course, that's in Italy. Outside his homeland, Nibali has done more than enough to be named the opening favorite, winning by his fingernails in the 2010 Vuelta, then becoming a Tour guy for a couple years (culminating in third place last year) before dedicating 2013 to bumping up his palmares. His Giro d'Italia victory was his one truly powerful statement; til then, Mr. Small Motor had only that one tenuous Vuelta success and a lot of flashes of excellence. And let's not forget, had Igor Anton not crashed out of that 2009 edition, Nibali would likely have been battling for second.

Team Support: Impeccable. No Fabio Aru, sadly, but the rest of the Baby Blue Wave are back: Kangert, Fuglsang, Brajkovic, Iglinsky, etc. Climbers everywhere you look. Not sure what they do in the TTT, but it wouldn't shock me if they were top five.

Anything Else? I'm not sure this is the best course for Nibali, but it isn't terrible. The time trial doesn't disadvantage his rivals significantly enough to help Nibali, a decent cronoman. And the lack of downhill runs to the line after major climbs takes another of his qualities off the table. But the race will be decided on the extreme gradients, and Nibali isn't any worse than the rest of this lot when the slope hits 20%.

The big question is whether he can do the double. I don't see why not; when he won the Vuelta, it was four months after helping Ivan Basso win the Giro, where Nibali himself took third. This is in his wheelhouse. 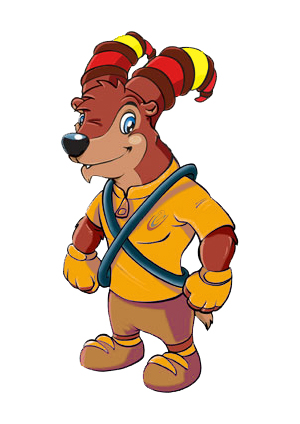 Yep, he's back. From where, you might ask? Don't. [OK, the Vatican. For his own protection.] Hey, I did say that ASO are importing the Giro's ideas to the Vuelta. You thought I was kidding?

Vueltabecco Says: "You'd think somewhere in that 10,000 words Chris would find time to mention how Nibali got smoked by Arroyo last week."

Pedigree: Colom... oh, you mean palmares? Second to Nibali in the Giro. A very respectable result, of course, though it wasn't terribly close. But there are reasons to think the best is yet to come. He began that Giro in the service of Bradley Wiggins, whereas here he comes in as the protected guy. At 26, Uran should be hitting his stride in the grand tours. The Giro was a breakout ride; let's see what he can do next.

Team Support: You caught the part about how he's on Team Sky, right? Puccio, Cataldo, Kiryienka, and of course Sergio Henao to keep an eye on Uran.

Anything Else? Nope. Can't think of... oh, he's signed with OPQS for next year. But that won't affect Sky's management of the race. Right?

"No, I'm sure Sky will do everything they can to increase Uran's point totals."

Team Support: Superdomestique Dani Moreno by his side, as well as Gusev, Losada, Paolini and the Vicious Angel. Good, veteran setup. Sort of a poor man's Astana. I bet this concept goes over very well. In Astana.

Anything Else? It's tempting to look at his palmares and age and say that Purito just can't win the big one. Getting hornswoggled out of last year's Vuelta was a stinging defeat, but if Rodriguez is coming to this race in optimal form, he's probably the favorite to win. I question how optimal his form is, after a demanding ride onto the Tour podium, but if it's close to his best, and he's within shouting distance as the peloton starts up the Angliru... would you bet against him?

Vueltabecco Says: "The other day I google-translated 'purito' and it said 'heimlich maneuver'."

Pedigree: Winner in 2009; second last year. He has pretensions for other grand tours, but the Vuelta is the only one where you might want to take him seriously.

Team Support: A lot of the usual suspects: Szmyd, Capecchi, Gutierrez, Intxausti. Movi have been putting up huge rosters all year. This is a bit more like Plan B.

Anything Else? I can think of a few reasons not to get on this bandwagon. For starters, he was all-in for the Tour until DerailleurGate, so for Valverde to come to the Vuelta at all is maybe not a change, but maybe not what he was planning his season around either. He hasn't shown up on a stat sheet since the Clasica San Sebastian. But much of the course is good for him, including the first two weeks, and if the Angliru succeeds in trashing everyone, Valverde may be left standing in the end.

Vueltabecco Says: "... and what a warm, cuddly story that would be."

Pedigree: Sneaky favorite among the cognoscenti. But his grand tour rap sheet isn't long. His fifth in the Giro was a big step forward for the 23-year-old, which is why this feels about right. In reality, though, I don't see Betancur fifth. I see him on the podium or no higher than 8th. No in between.

Team Support: Ah, French teams at the Vuelta. Betancur's support will likely come down to Domenico Pozzovivo and Rinaldo Nocentini. You could do worse. I think. Not sure though.

Anything Else? It's tempting to get carried away about this kid. Second on the Galibier stage of the GIro. Third to Tre Cime. Yes, both of those were snow-shortened, but Betancur is a guy for the nasty climbs. On the other hand, that was in nasty cold weather, to which no Colombian mountain goat is a stranger, whereas the Vuelta's darkest hours will likely be marked by searing heat.

Vueltabecco Says: "I tell ya, one of these days Colombian riders are going to start making an impression on cycling again."

Me: So they didn't have any internet in the Vatican?

Pedigree: One of the surprises of the year, Kreuziger climbed all the way to fifth overall at the Tour, along with a decent dose of quality against the watch. This was The Leap people have been waiting several years for from Kreuziger. Not a huge leap, you say, given he was 8th a couple years back, and 5th at a Giro in there? I say it was The Leap. Those previous performances were miles behind weaker fields. Finishing 7' back of Chris Froome was a solid result.

Team Support: Plenty of big names: Tosatto, Roche, Sorensen, Majka, and Zaugg. Probably not a bad TTT squad, which will be important, since Kreuziger's only advantage is against the watch.

Anything Else? Bad route for him. And his record of attempting a second grand tour in a single year is abysmal. Not to mention the fact that Bjarne has lost his cash cow Tinkoff, which may or may not matter on the road. But you hear plenty of stories of the Gloom setting in on struggling teams.

Vueltabecco Says: "This course is tailor made for Kreuziger. Well, stage 11 is made for him. Well, parts of stage 11."

Pedigree: Fourth in the 2011 Vuelta, which is a curious precedent for Mollema. Not only did that race contain the two Cantabrian Monsters, Pena Cabarga and the Angliru, but it came after the Tour for Mollema, his first completion of Le Grand Boucle. But palmares are best judged by the guys ahead of you, and that 2011 Vuelta startlist wasn't too stellar. Sixth at this year's Tour probably ranks as a better achievement, but Mollema dropped from contention when the going got toughest.

Team Support: Belkobank can usually fill out a good roster, but you wonder if the team strategy is aimed more at sprints? Mollema has Laurens ten Dam, his TdF partner in crime, by his side, and that's a start.

Anything Else? This is a pure climber's race. Wasn't Mollema supposed to be a pure climber? What exactly is a "pure" cllimber anyway? Wait, don't answer that.

Vueltabecco Says: "It's a skinny guy who climbs like one of my relatives, and does everything else like one too."

Pedigree: A cut below. Probably doesn't belong on this list, except he's on Sky and they never have less than two riders threatening the podium. Also, it's not like he's bad at climbing.

Team Support: If it's not behind Uran, the Sky Machine is all Henao's.

Anything Else? We really don't know how well he can do. If his Giro stats are modest, it's because he left it all on the road for Uran. Don't believe em.

Vueltabecco Says: "Is there any Colombian you won't predict to win a grand tour?"

Pedigree: I gained a lot of respect for Arroyo at the 2010 Giro, which seems to be coming up a lot in this discussion. Anyway, he fought like crazy, and descended even crazier. But being on a Spanish team in Italy is synonymous with getting mercilessly worked over, and that's exactly what happened. Since then, bubkis, including a demotion from Movi to the Pro Conti Caja Rural.

Team Support: Amets Txurruka is the only name I recognize, sorry. Anyway, he's not an ace climber, so it's safe to say Arroyo will be getting worked over again by Nibali's team if he's in contention at the end.

Anything Else? He's not the greatest climber, certainly not on this list. But form counts for something, and Arroyo is coming off a strong ride in Burgos. If the race isn't ridden hard enough, an in-form guy like Arroyo could hang around for quite some time.

Vueltabecco Says: "Who isn't ready to re-live the 2010 Giro? Besides the winner, that is?

Pedigree: I struggled to leave him off this list, but I just can't do it. Boots has spent a little too much time cozying up to naughty doctors for me to enjoy discussing him anymore. But fourth in the last two editions of the Giro, which he previously "won." Ironically, because a Spaniard was tossed for a doping infraction. Hm, maybe "irony" doesn't cover it. Anyway, whatever you think of him, he is very tough to drop, even on the worst climbs.

Anything Else? Boots has a pretty good track record on the nasty stuff. Third on Zoncolan a few years back. Fifth at the Stelvio (a different form of misery). He also won on Monte Lupone, an occasional thriller in Tirreno. He was once 11th in the Vuelta, a lifetime ago. Doesn't appear to have spent much time racing his bike lately. That's a strategy of sorts.

Vueltabecco Says: "If you can't do the time, don't do the crime. But Scarponi took his offseason ban like a man. By counting his 700,000 EUR salary and laughing a lot at his 'suspension.'"

Honorable mention (and by this, I mean the honor of not having Vueltabecco mention you): Dan Martin, half of Euskaltel, Thibaut Pinot, Wout Poels, Chris Horner, Ivan Basso, Jerome Coppel.