It's Giro-style racing, with ocean views, sunshine and a beastly final climb

Two rated climbs means the Blue Spots will be given out. 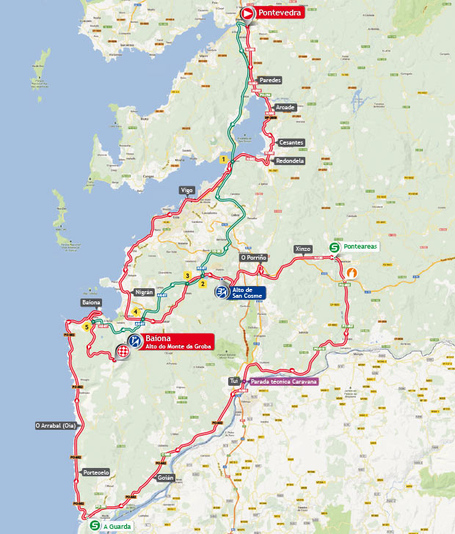 And your finishing climb... 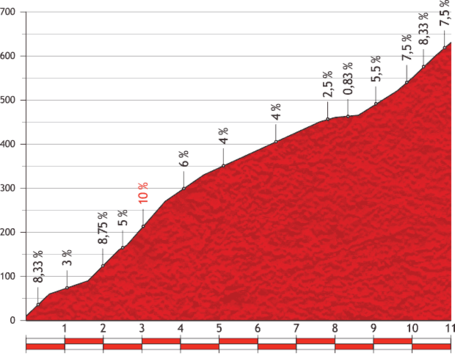 It's odd, the last-km graphic shows a little dropoff, from 15m to 5m. I'm guessing that's a mistake.

Here's how I described it in the Viewers' Guide:

Classic Giro-style stage, a positively lovely coastal run that stays flat, then turns inland for a climb, then flattens out as it returns to the seaside, and then busts ass up a 10km climb of some difficulty. Breaking down the experience for us, we will "ooh" and "ah" at Spain's little bit of rocky Atlantic coast, then we'll watch the peloton warm up, then some more tranquillo-ness, followed by a 30-minute battle to the line by the GC guys. That's the Giro experience in a nutshell.

Not much to add yet. It's early. Should be a wicked last half hour, but the old pros will know better than to kill themselves over a short climb on the opening weekend. Well, they should at least.

Can Joaquim Rodriguez screw up this perfect J-Rod stage? Yes he can. Txurruka takes it.