Notes from the Spain Desk

Not regular notes. Big ones.

Share All sharing options for: Notes from the Spain Desk

There's too much to say right now without resorting to capital letters.

WAIT! Now it turns out, the doping control missed Horner.

The team claims that Horner did not miss the test but the problem occurred because the Spanish anti-doping inspectors had the wrong hotel address. They arrived at the team address, while Horner stayed a different hotel with his wife. It seems that by the time the correct hotel was located, the testing window had already been missed and Horner was on the way to the airport.

Here's a screenshot of the email showing Horner in complete compliance. The lesson, as always: don't run to the media with an exclusive until you know what the fuck you're talking about. It's stuff like this that really makes me take the side of the riders...

This just in -- the missing Vuelta a Espana mascot has been located in Moscow, where he is seeking asylum for charges that he has disclosed secret information about the UCI. 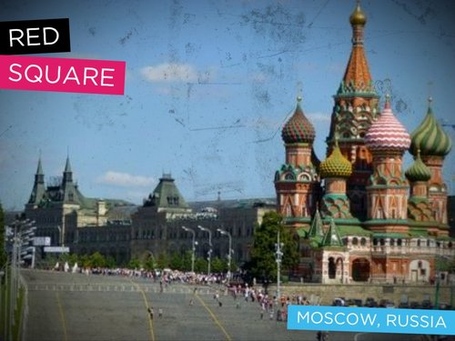 On it, he scribbled some words about seeking political asylum and protection from the UCI. Russian police have confirmed his location, and the substance of his asylum request. It consists of a series of salacious revelations about the behaviors of the UCI management, particularly president Pat McQuaid, and documents Vueltabecco has given to the news media to this effect. Some of the revelations include:

UCI officials have denied all but the first charge, which they say consists of a screen print of the Wikipedia page entitled "List of doping cases in cycling," accessed by UCI staff in charge of maintaining the page.

In a related development, the Podium Cafe should see a resumption of normal editorial activity following the release of our Jens by Swiss Guardsmen who had detained him at a knife-sharpening shop outside Copenhagen. The Swiss Guard, tasked with protecting the Becco family when members of it travel outside Abruzzo, say they have spoken with Moscow police, and while they still plan to charge Jens with the murder of Vueltabecco, they agreed to pay Vueltabecco's travel expenses should he appear as a witness at the upcoming trial.

Stay tuned for more information as it becomes available.

The Legend of El Abuelo

The Spanish Press has completed its reverse-meltdown (see above) and now the focus is all about El Abuelo (Grandpa). AS.com (warning: may contain Spanish) has a nice tribute to Horner's decisive victory over time. Everyone is reporting that next year's Vuelta will pass through Pinto, home to one Alberto Contador, and Pistolero confirms that this is too much temptation for him to stay on the sidelines. There was also another edition of Everyone Loves Transfers!, featuring dinner at 1am for riders with 20 stages and a fresh Angliru in their legs. Look for more Bola del Mundo on Third Week Saturday in the future. After all, the Angliru wasn't any more decisive than some of the last-chance climbs closer to Madrid from past editions.

Lost in the shuffle: Horner's victory completes the American Trilogy of grand tours: three maillots jaune courtesy of LeMond, one maglia rosa from Hampsten, and now Horner with the last jewel for the crown. Suck it fellow Anglo-nations Canada, England and Australia! [Thank you for not mentioning Ireland here.]

Finally, the city of Bend, Oregon and the state in general seem to be missing out on a prime opportunity to poke the State of Washington in the eye. The Bend Bulletin is running generic AP stuff, despite the fact that Horner is actually in Bend as we speak. The Oregonian is too obsessed with football to even note the achievement. From my perspective, Tyler Farrar's 5th in the 2010 Ronde van Vlaanderen still represents the high water mark of sports achievement related to the Northwest, though I would love to have seen him win yesterday and step up on the podium with Horner for a moment.