That's the relevant portion of tomorrow's startlist. I used former silver medalist Gustav Larsson to define the outer limits of relevance. You're welcome.

It occurred to me that this has to be one of the most anticipated Men's Elite ITTs ever, right? Let's do this process-of-elimination style.

That leaves now. Cancellara is once again downplaying his ambitions for the crono in favor of the road race, as he focuses on his legacy. So maybe his participation won't amount to much. But it has to be better than two years ago, right?

Cancellara needs little introduction, but I just gave you one anyway. You might also like to know that he kept an appointment with destiny two weeks ago, showing Martin the back of his hand at the Vuelta ITT. That was a mere 38km and a tad hillier than tomorrow's board-flat run up the Arno River (through Pistoia, the famed birthplace of my commuter bike). Those 37 seconds seemed to tell a story, but then again, neither combatant had much to gain from showing his cards. So it's a data point of questionable import. Aren't they all?

Martin, for his part, also appears to be on scintillating form (etymology: scintillare = to shine). That loss to Cancellara represents one of his only meaningful defeats in the Rainbow Jersey. Through two full seasons Martin has fifteen victories in the stripes. He's seen five uphill cronos and four prologues elude him, and he's missed out on a few team time trials, for which he almost certainly wasn't to blame. Only an early-season loss to Bradley Wiggins in 2012 at Algarve, and a more stinging loss to Sir Pottymouth in the Olympic Games, marred his record before last fortnight. A dominant performace in the TTT Sunday is probably a better indicator of where things stand. So too was the first crono at this year's Tour, the sole flattish one, a glittering affaire to Mont-Saint-Michel which was comparable in prestige to tomorrow. Martin won that by 12 seconds over Chris Froome (not racing tomorrow) and killed the rest of the field.

Wiggins, meanwhile, has the potential to completely upset matters. Never before has he thoroughly staked his claim on the rainbow jersey, inserting himself between Martin and Cancellara only in 2011, and then coming off an exhausting Vuelta following the demise of his collarbone at the Tour. Most years he's a Tour guy, and Tour guys nowadays are winding down their offseason in September. But having liberated himself from that prison, Wiggins is now -- for the first time -- free to go all-in at the Worlds. His form shouldn't be an issue either. As strange as this year has been, defying all his best-laid plans, Wiggo is nonetheless coming off a crono stage and overall win at the Tour of Britain, as well as a less-recent but more-relevant thrashing of Cancellara in the Tour de Pologne time trial, a 37km affair where he beat Cancellara by 56 seconds and Taylor Phinney by 1.14. Sure, that probably says less about where those guys were and more about Wiggins, but if nothing else we know the guy has been strong since August.

Phinney is the interloper, but the record says he's the defending silver medalist too, and only just. Martin's stripes were only five seconds away from being on the young American's shoulders instead this year, and while a win is a win, it certainly gave Phinney fans something to chew on. The Arno route is perfect for Phinney, nice and flat, with none of those troubling inclines to punish him for being 6'5". It's also more or less his home area, to the point where the other day he was lamenting a shift in the wind direction from its usual course. Yep, he knows the route. Form, on the other hand, is a question. Let's face it, the kid's fantastic but he's still just a kid by championship cycling standards, and I'm not sure he's reached the phase of his career where his body will hold up across a long season as well as those of Cancellara and Wiggins and Martin, all hardened by many tough years of racing. So when I see that he finished fifth in the ENECO ITT a month ago, I have to wonder what that means. Only marginally relevant, and certainly a lot of form can come in a month. He might be good enough to win. But more so than the others, I can't claim to have any idea.

Best of the Rest

Another characteristic of worlds crono fields is lack of depth, but I wouldn't say that this time around. Yes, there are always strong guys, but tomorrow there are several names down the list whom you could picture winning. Lieuwe Westra? OK, he's a longshot. Andrew Talansky? If this course had hills, his name would be much further up this post. Sylvain Chavanel? Outside shot. He won that ENECO crono, but was seventh in a more comparable event to Mont-St-Michel. Svein Tuft? More of a big fish in smaller ponds, but he's capable [Ed] exhausted and not racing. Michal Kwiatkowski? Wild card. Not sure how he lost to Bodnar for his national shirt, because he was top 7 in both Tour events. [And can we take a moment to marvel at how many Quick Steppers there are on this list?] Crazy Thomas De Gendt? Third at Mont-St-Michel... respect. But he's been adrift since. Can't blame anyone at Vacansoleil for feeling that way. Richie Porte? Hmmm... two wins against the watch, and numerous high places (4th at Mt-St-Michel). Kind of a killer, when not giving himself to the ambitions of another. Will the sight of Wiggins put him into helper mode? Hope not, because I can totally see him in the medals here. 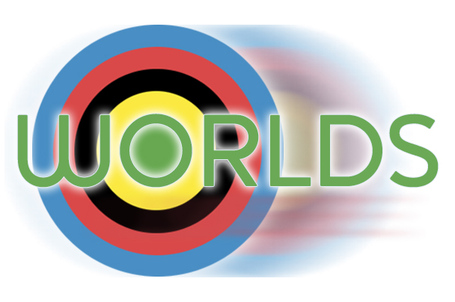