Sunday is Nats Day! And for a look at the Other Big CX Country, it's off to the Netherlands.

I know what you're thinking, when I say "Dutch CX Champs." You're thinking, oh, those guys. Yeah, I guess once the Belgian race is over I'll take a look. Why? Because you weren't in Louisville.

Or you were in Louisville, in which case you see this headline and know that we're talking about a gathering of perhaps the world's widest field of 'Cross talent. Men's Elite level aside, the Netherlands is where it's at for winners. Races? Belgium. Media? Belgium. Sven? Belgium. But for the female Sven or the next Sven or even for a selection of current and future world champs, it's the Netherlands.

But before they ambush another international field, they take on each other. Let's run through...

Is This Heaven? No, It's Gasselte

With Cross, we know the riders, we know the weather will likely suck... the biggest question about a new race revolves around the venue. And this year's Dutch Champs move to a lake resort outside Assen in the Drenthe region, up north. Officially in the village of Gasselte, the real host is 'T Naje Hemelriek, which translates into something about "heaven's prong." Remember, I'm just the messenger. Regardless, the key elements are your typical northern Dutch landscape, relatively flat/rolling and exposed... and sand. 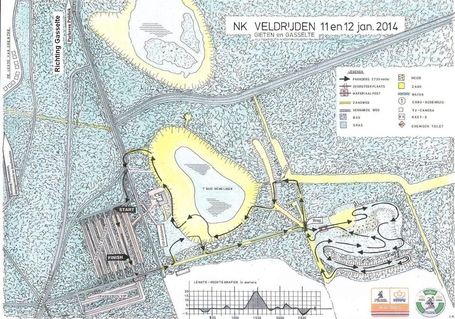 The yellow is the sand. Click on the pic and you can see the profile, wherein it appears they've conjured up some elevation. A full 20 meters. Not too shabby! There's some grassy crit-ness to the right, but then again, those are some long runs thru the sand. 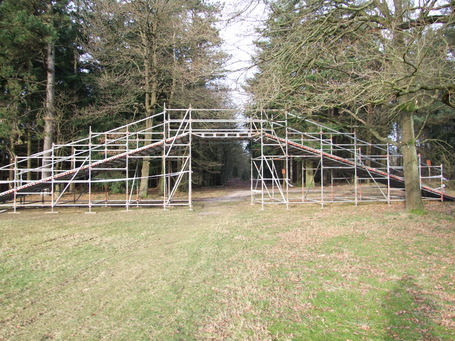 In any event, it looks like a lovely spot.

So Many Deelnemers, So Little Time

One cool thing about CX Nats is that they''re for everyone, and I do mean everyone. It starts Saturday with newbie girls, then junior women, novice boys, masters categories and amateurs. Sunday is the usual procession of Junior boys, Elite Women, U23 and Elite Men. Only in cyclocross is unnecessarily degrading a course considered a good thing.

I can't speak to who the favorites are in the Newbie Girls (one of the Meistrok sisters?) and I don't believe we'll have live pictures before the middle of Sunday, so let's start there. Full deelnemers list here.

The U23 race is slightly interesting, since it pits two sitting World Champions against each other: MIke Teunissen vs Mathieu van der Poel. The latter is dominant enough to be able to take on the Elite men, despite his teenagedness, winning nine times, including a commanding World Cup series lead, notwithstanding the jump up from juniors (where his Worlds title was earned). Teunissen's only win was in Zonhoven, when van der Poel was absent, but since Zonhoven is a pit of sandy madness, that suggests Teunissen might not hate Sunday's course. Seriously, nobody can match van der Poel's pure power, so look for an easy win there, with Martijn Budding and Gert-Jan Bosmans to join Teunissen in the chase.

On the women's side, it's another Rainbow affair, with Marianne Vos getting fit and reasserting herself as the discipline's biggest star. Sophie de Boer was fourth in the Euro Champs, and Lucinda Brand was third in Surheisterveen last week (pipped by Yara Kasterlijn, who's the Juniors favorite). So those two should constitute Marianne's closest competition.

Finally, it's no secret that this has been Lars van der Haar's year, among Dutch crossers, and he too comes in as a strong favorite. But Thijs van Amerongen and Thijs Al or perhaps the awesomely named Twan van der Brand will give Little Lars a run for his money. Van Amerongen was second last week in Surheisterveen and van der Brand fifth (after Teunissen and Belgian Bart Aernouts), so there's your form check.