Cobbled Classics: A Primer On Teams to Watch!

Because all of our posts today will have exclamation points.

Share All sharing options for: Cobbled Classics: A Primer On Teams to Watch! 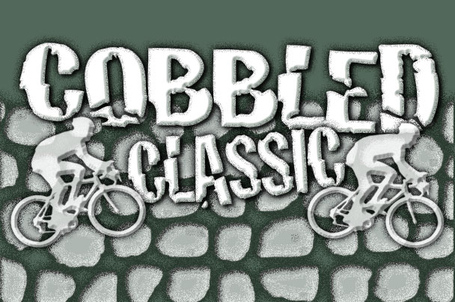 Word of warning, I will be lightly posting the rest of this month. So I don't want to put off important subjects any further. And it doesn't get any more important than the annual pre-season survey of cobbled classic teams, does it? DOES IT? I didn't think so.

This isn't a poll by any means, just a brief primer on whom to care about for the next two months of your life, with an eye toward causing you to drastically overpay for riders on your FSA DS teams whom you won't see again once the daisies bloom. Much will change before tires meet baby-heads (kinderkopje, not the actual heads of children), and we'll take all that in turn. For now...

Teams That Make You Go "Yeah!"

Teams that make you go "Yeah?"

Teams that make you go "Yeah!"... only in a sarcastic way

Your team not here? It's not too late! Come out strong at the Superbike Phillip and all this will change.