So you want to build an FSA DS Classics juggernaut?

Of course as any sound Podiumcafe reader your highest wish in life is to build an FSA DS team that steamrolls the spring classics and lands you squarely in the lead after April. What happens thereafter is of less consequence, let the lesser folk scrabble for the puny leftovers after the races that truly matter. In women's racing there isn't quite the same prestige in a few iconic races but you can still build a team to focus on the hard, gritty spring races. You can still have a team that wins where it matters . You can still be the King or Queen of April.

Share All sharing options for: So you want to build an FSA DS Classics juggernaut?

Firstly you need to find yourself some brutal Belgians ,flandriens preferably, is what I guess you're thinking now and you're not wrong. Well not entirely wrong anyway, you just have to swing your focus ever so slightly to the north. Because lets be clear, in women's racing Belgians are not so much Belgians as they are Dutch. Hard, weathered , wind&rain-loving dutchwomen. Sure there are some Belgians who are Belgians but most of the real flandriennes are dutch. It's not an entirely easy concept to grasp but look at a result list from pretty much any spring classic and you'll see what I mean. So let's start with some dutchwomen to really get you competitive.

Ellen van Dijk
After last year this category really starts and ends with van Dijk. If there is anyone coming close to aspiring to the role of Fabian in the women's peloton it's her. A dominant timetrialist these days with massive power to lay down in a breakaway, and with a pretty damn decent sprint to boot. She's been on a team with some of the biggest names in the sport but when the team needed her to step up last year she did. In a big way. Don't be surprised if she is a dominant factor in all but the hilliest World Cups this year for her new Boels-Dolmans team. Oh and she'll pick up tons of TT points too but why are you paying attention to TTs, we are talking about the spring classics here. 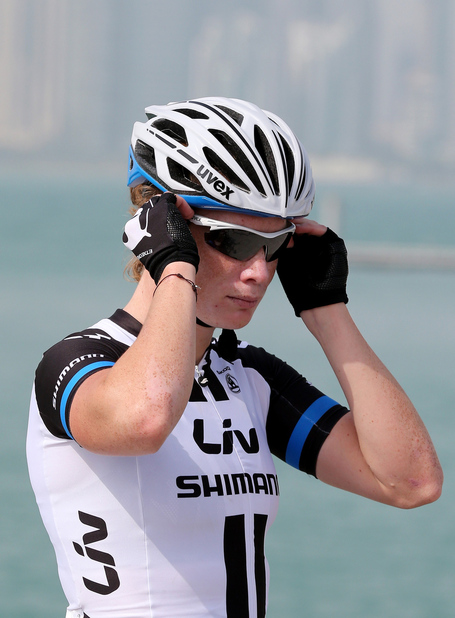 Kirsten Wild
Unless you're blind, deaf (or sensibly haven't been paying attention to all the nonsense that goes on before Het Nosebleed when the real season starts) then you will know that Kirsten Wild is a brutally efficient sprinter and echelon rider. She just won Qatar for the billionth time, making Tom Boonen's record there look like kindergarten stuff. If you need a rider who is a cross between Marcel Kittel and Stijn Vandenbergh (and come on, who doesn't?) you need Wild on your team. Wild has come close to winning Flanders, she's won Drenthe and she can win pretty much any flat crap-weather Belgian smalltown race on the calendar (and there are a few) . She won't do you any good in Alfredo Binda or Plouay but lets face it, if you cared about those silly races you probably wouldn't still be reading at this point.

Annemiek van Vleuten
Held back for two seasons by problems with a femoral artery that has forced her to repeated surgery, Annemik could very well be poised to return to the level of 2011 when she won both Ronde van Vlaanderen and the total World Cup. More of an allrounder than the her two just mentioned compatriots. I mean if you're looking for a little more finesse that the the blunt bludgeoning weapons we've just mentioned, van Vleuten might be what you're looking for. She's strong and has the multiheaded  Rabo/Liv attack-strategy to her advantage. With Vos starting the season slowly she could be the A-card in their arsenal as well for many races. Also you can spend the entire season trying to master the fun art of pronouncing "van Vleuten" properly.

Chantal Blaak
If you want to think outside the box, or if you just wasted most of your budget on dull old Vos/Johansson and need a cheaper option, look no further than Chantal. After a bit of a stalled development she now finds herself on Specialized-lululemon, a team  with more winning culture than any other. This is the ultimate rouleur. If you have Langeveld, Quinziato and/or Burghardt on your mens team then you cant do without Blaak. She will be there or thereabouts in all the nasty springraces and probably won't win a thing but you'll be laughing all the way to the FSA DS bank. (For the record there is no such thing as an actual FSA DS bank. If there were then Drew would have run off with it's contents long ago and spent it all on essentially worthless memorabilia such as "Peter van Petegem's armwarmers from the 1999 Omloop Het Volk").

Shopping in the Non-Dutch section (aka "the sucker section") 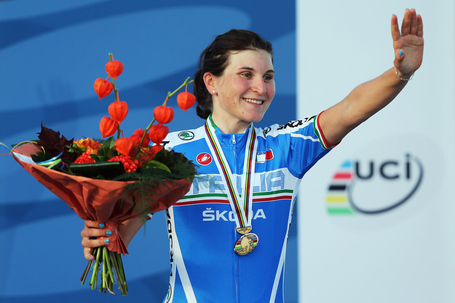 Elisa Longo Borghini
Won Binda last year and then followed up with solid results in RvV and Fleche. If Hitec race her in more of the smaller races she will make an absolute killing, if she "just" focuses on the World Cups she will merely be good value. No one thrives in the filthy conditions more than Elisa LB, she's as much of a flandrian as you'll find really. If you're a bit of a scaredy cat you'll be a bit worried about her injury from last year holding her back but your own disturbing lack of faith is not my problem. If you don't want a truckload of points that's your business.

Kelly Druyts
There are seventhousandthreehundredeleven known specimens of the Druyts-family on Topsport Vlaanderen but Kelly is the one you want. The others will probably be great at some point but Kelly is ready to produce points now. I should know, I've had her on my teams for years and she hasn't produced much of anything yet. Ergo, she is primed to deliver this year. Druyts is a power-trackie who really aims to do well in the races on her home turf. She has all the qualities to do it too. If you absolutely positively need to score points in Het Nieuwsblad then pick sister Jessy as well just for good measure.

Jolien D'Hoore
Judging by Qatar, and you do take Qatar with deadly seriousness don't you, D'Hoore should be on the brink of a breakthrough. She's had a great winter on the track and has a few years of experience on the road already. Not the flashiest of picks, like I said Belgians aren't as high on the totempole in women's racing, but D'Hoore has quality and hardness plus she's on a Lotto team that looks better than it has for a long time. Problem with the trackies of course is they'll miss the first races, including Het Nosebleed, since they are at the World Championships in Colombia. Damn the UCI, they just have no regard for my FSA DS strategy the filthy bastards.

Christine Majerus
Another one who just looked too good to pass up in Qatar. Majerus might be a bit of grey mouse, the Haimar Zubeldia of women's classics racing ,but she tends to be there or thereabouts most of the time and if she improves ever so slightly this year it could be a points bonanza. She is going to have to share space with van Dijk and Armitstead on Boels-Dolmans but I'm not 100% sure that is going to be a negative. This is going to be a team that will try and dominate this part of the calendar and that can push all the riders up there in the result-lists. Also she is the Luxenbourg champion and having followed the Schlecks we all know what the Lux champ can do on the cobbles.... wait...that isn't actually one for the plus-column is it? 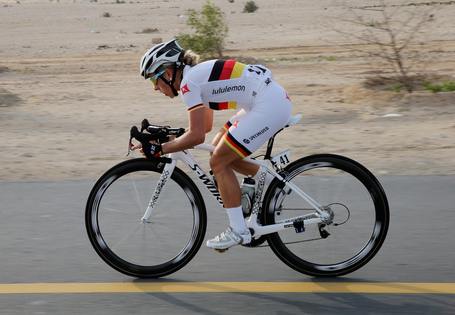 Trixi Worrack
How about a little German? Trixi Worrack is a little german. She's also the archetype for attacking hardwoman. At this point in her career Worrack has tried and succeeded at pretty much all types of races but she really is the most exciting to see in the hard flat classics. One of the riders that does cyclocross in the off-season you know she's tough enough to handle a little March-April muck and rain. Spec-lulu could really use a good classics season out of Trixi now that van Dijk has gone. I think they'll get it.

Shelley Olds
Olds is originally a sprinter but she has been magically appearing really high up in the lists at the tough classics . In the miserable conditions at the Olympics she made the winning break before flatting out of the medal chances. If she did well there she will most definitely do well on a wet soggy day in Flanders. AleCipollini need a fighter for the northern races and Olds might fit the bill for them.

Whether you go with these riders or some other inferior ones (or the top secret super picks I have on my team) the good news is as long as you pick quality riders odds are that you'll be scoring points throughout the season. Because it's not like in the men's game where you can pick a dud like Tom Boonen who will be about as useful as a catflap in an elephant house once he's done with Roubaix, these women will be paying off even if they are superb in April.

If you haven't started thinking about putting together a team it couldn't be easier. Just go to our FSA DS site and follow the simple instructions, it costs you nothing and it will give you a fun way to follow the women's season (right until you realize there were 7 more brilliant riders you should have picked and the regret eats you up from inside). The basics are simple, you need to pick 15 riders and you have a budget of a 150 points to spend. The rest explains itself, its as easy or as hard as you make it for yourself.