Patrick Verhoest, our man in Flanders, was there on Sunday, broken wrist and all, making fantastic images of the day's happenings.

As Douglas wrote, it was a fantastic weekend at Hoogerheide, NL, host to the Cyclocross World Championships. You already know about the races, but in case you don't know what it all looked like, our man Patrick was there! Like any good Belgian, Patrick has fallen off a bicycle on occasion, including one recent incident which left him in a cast. But did that stop him from shooting the race? Are you kidding? Seriously, why would you even ask?

Here's what it was all about... 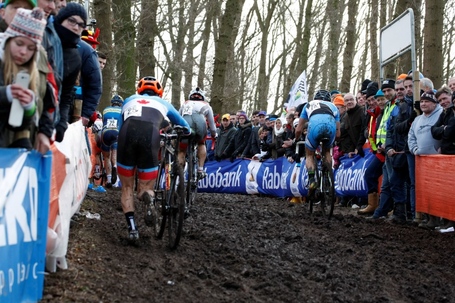 Good crowds, as you'd expect in that Dutch/Belgian border area, where about half the riders can pedal to the course. 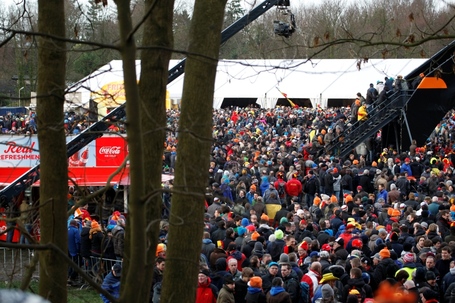 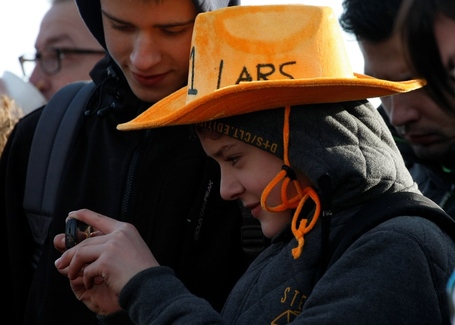 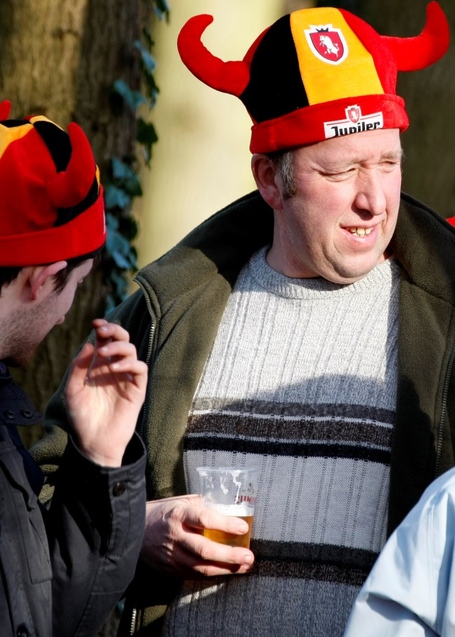 Indeed, it was a day for Belgian Driekleur and Jupiler.

A couple quick shots from the U23 race, where the stars of tomorrow (not an exaggeration this time) were duking it out. Here's star #1, Mathieu van der Poel: 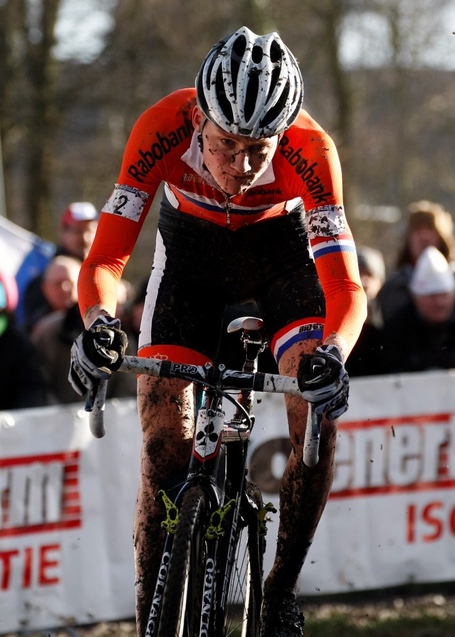 But for once it wasn't his day, as star #2, Wout Van Aert, took the honors. 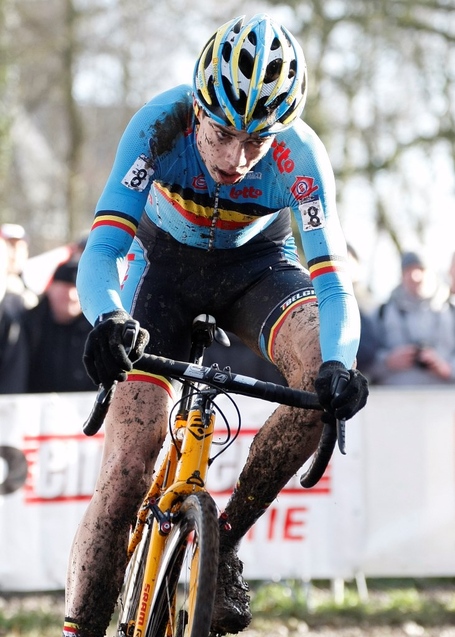 OK, to the elites.

The home crowd was hoping one wee lad would lead them out of the horror show of Belgian dominance. 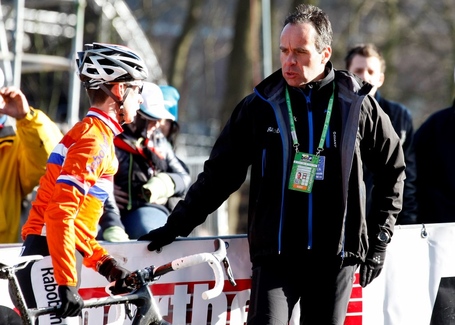 Meanwhile, they had antipodeans to keep them amused. 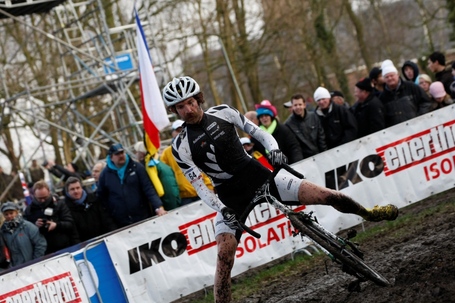 And they're off! What's that, a French guy kicking it early? Sacre bleu! 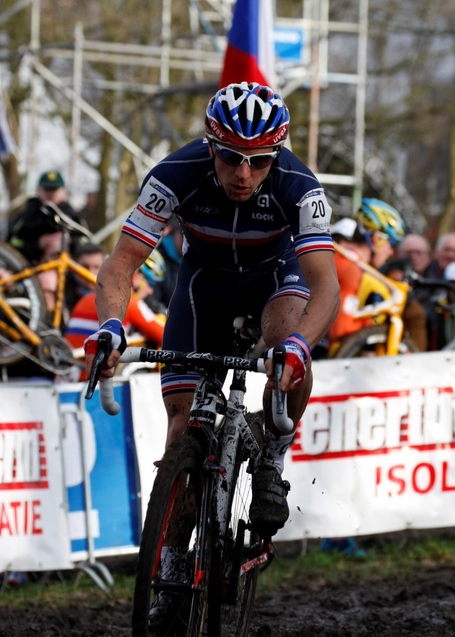 OK, Mourey being Mourey. One of the forgotten stories of the year chose a good time to give people a reason to remember him. One Kevin Pauwels, who soloed up from behind to grab the bronze. 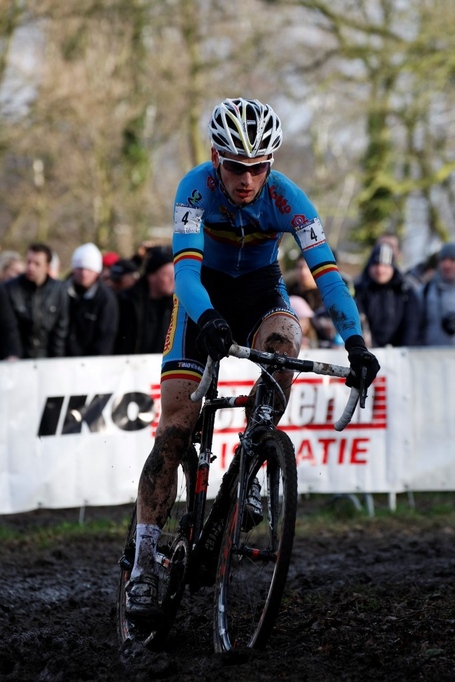 Thijs Al gave the home crowd a second guy to scream at. 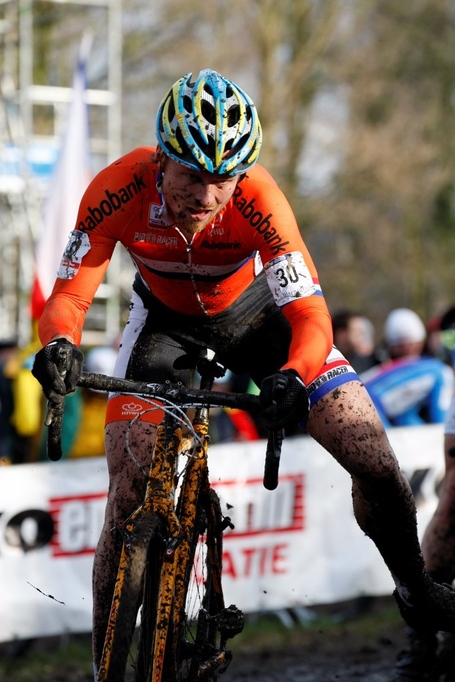 But I screamed, you screamed, we all (mostly) screamed for one man, Zdenek Stybar. 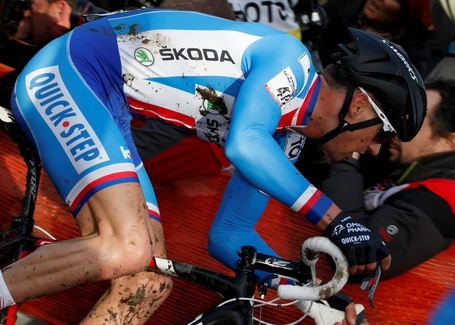 His day-long duel with Sven Nys (riding for Belgium with permission from Cyclocross Heaven, his true home nation) was one for the ages. 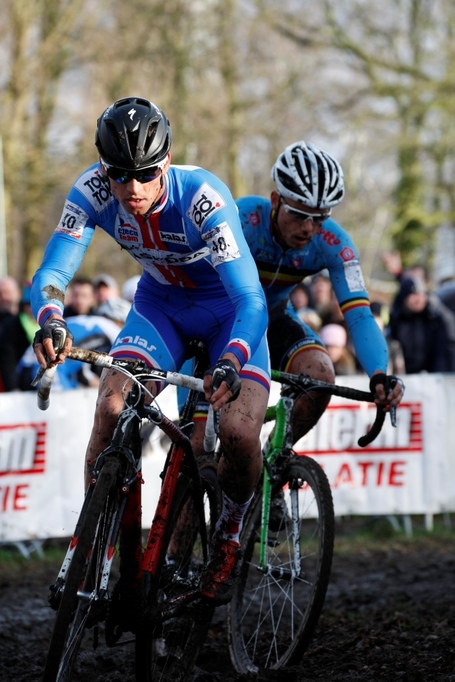 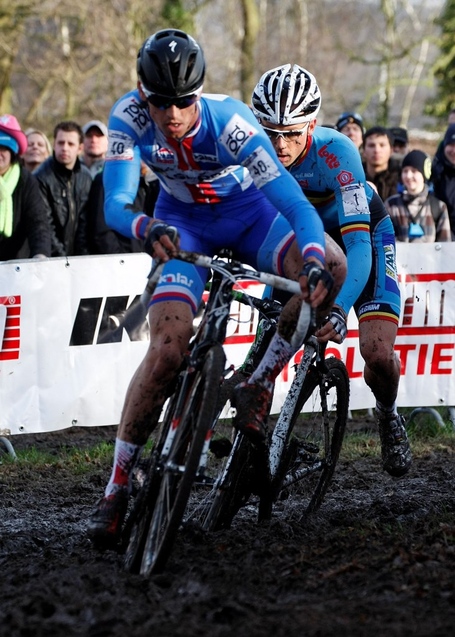 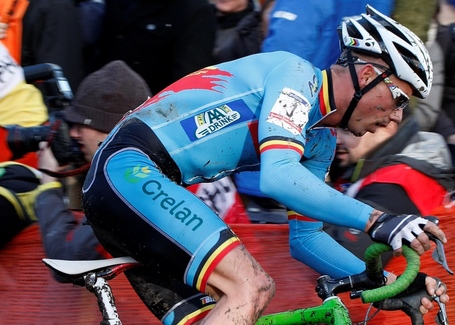 Tom Meeusen was an early addition to the front of the field, but not quite in the same class. 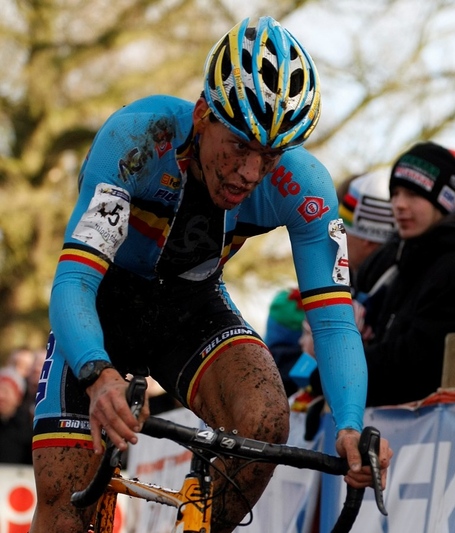 Van der Haar fought gamely, like he always does, but spent too much time closing gaps and burning extra matches. 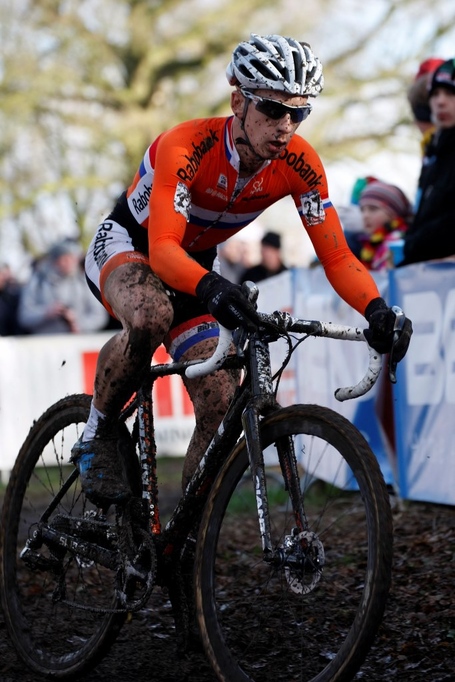 Former 2x champ Niels Albert has had a strong season, but wasn't on his best form today. 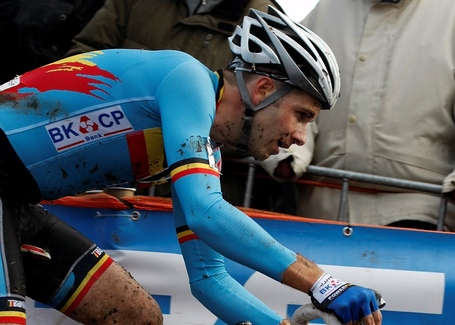 Nope, it was a two-man affair. 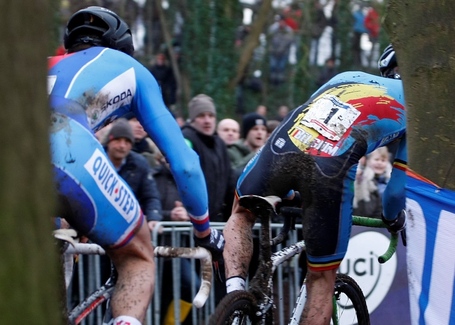 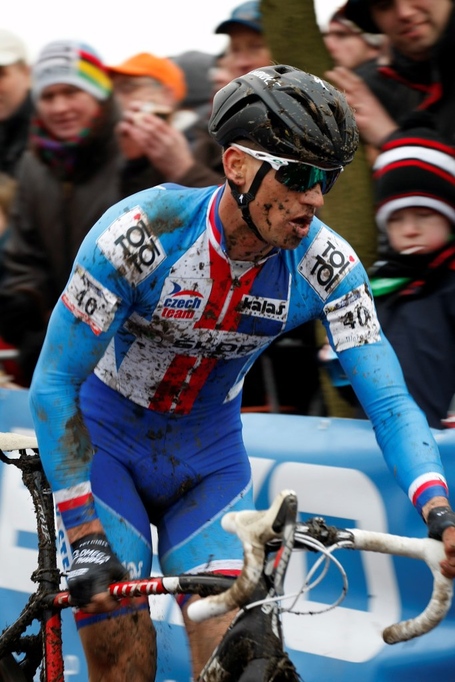 There were Belgians pretty much all over the course. I know, shocking... 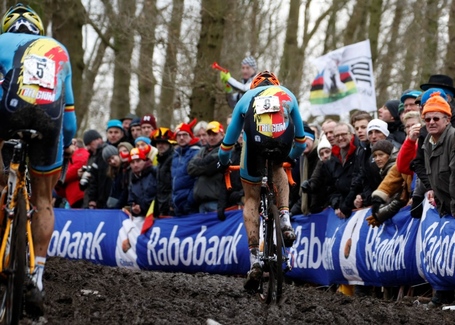 And they took up their share of podium real estate too. But the top step was all Stybar's. 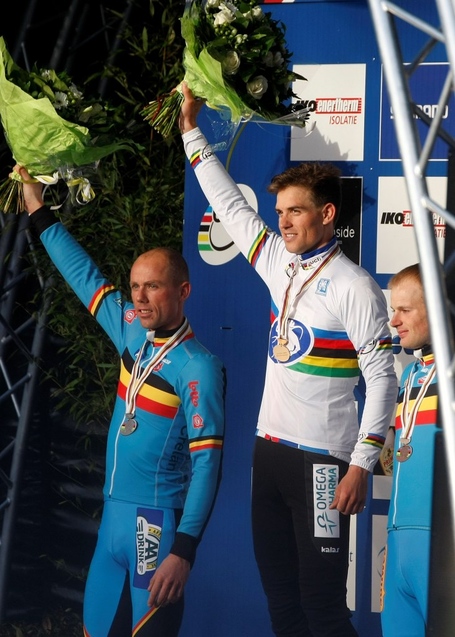 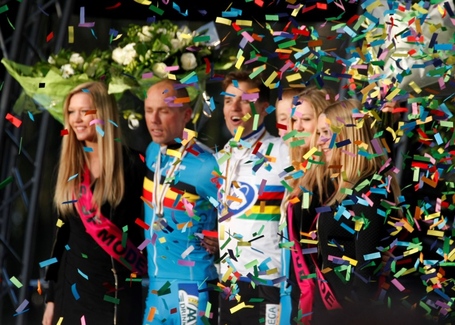 All photos by Patrick Verhoest