Share All sharing options for: Tour of Qatar Stage 1 LIVE 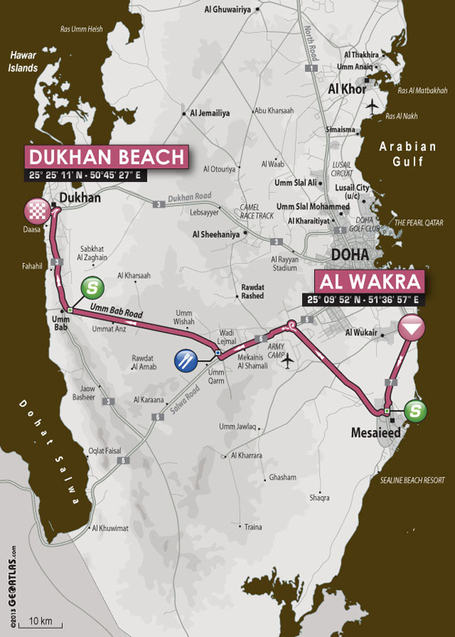 A little different edition of this race after the arrival of the Dubai Tour. Gone are many of the sprinters and instead we have a startlist that looks like a pure spring-classics race. This is where the buildup for April starts for real

Echelonist of the day: Arnaud Demare

Fewer sprinters doesn't mean no sprinters. Demare will have to fend of guys like Greipel, Viviani, Guardini, Barry Markus, Kristoff, van Avermaet and Mr Qatar himself, Tom Boonen. But at least he doesn't have to worry about Cavendish Kittel.