I was in Hoogerheide, and I had a camera with me

To be clear: Balint is definitely definitely the photographer of the Cyclephotos book duo. But I do own a camera, and sometimes when I press the shutter button it does what I want. And sometimes I get lucky. So... pictures!

Share All sharing options for: I was in Hoogerheide, and I had a camera with me

I went to the race on Sunday, so I've got pictures of the U23 and the elite men. 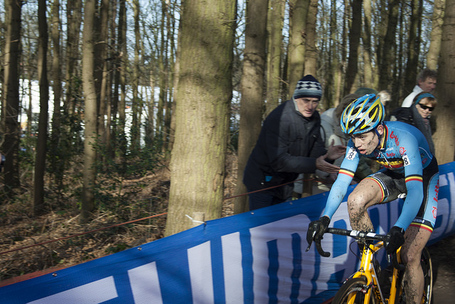 Another Belgie - Michael Vanthourenhout - was second, and a Dutchie - Mathieu van der Poel - was third. Oddly enough at the world championships in the Netherlands, with a Dutchman as the huge favourite for the U23 title and a Dutchman as one of the favourites for the elite title, they didn't seem to have a Dutch flag ready. 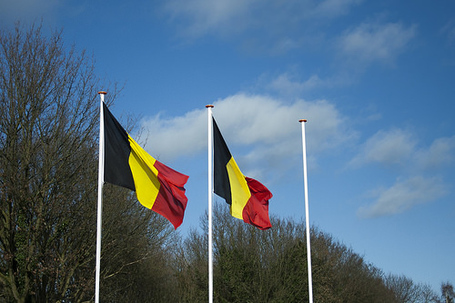 At the podium ceremony, the not-winners had to fight their way through the crowds to make it back to their campers. Very pro. 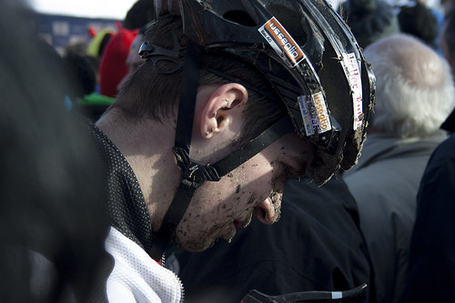 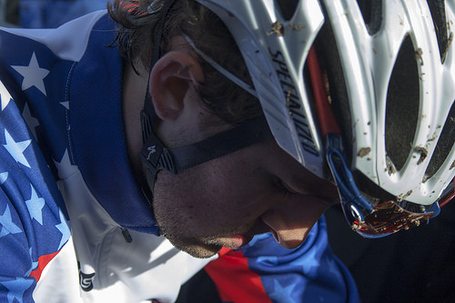 Then: the elite men. Stybs wore his new OPQS kit for training. I like it. 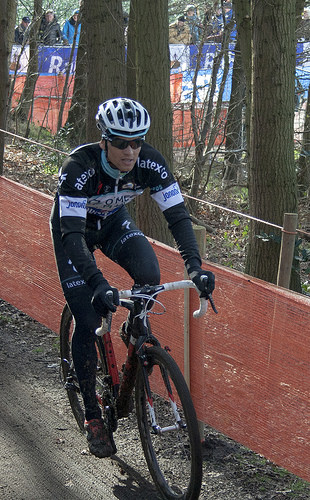 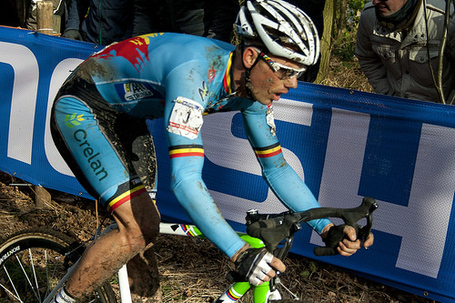 Sven definitely got the most cheers. Second most favourite: Larske. 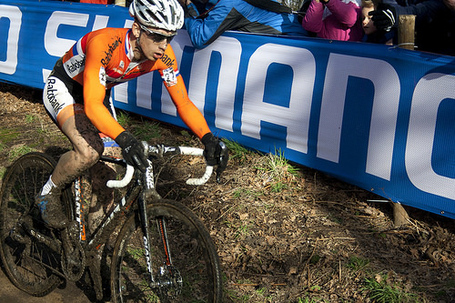 Third: Alexander Revell. Yes, the Moustache. Even though he didn't make it all the way to the end of the race. 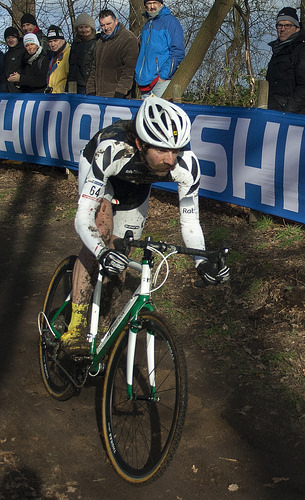 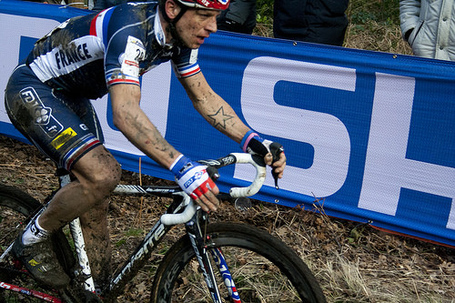 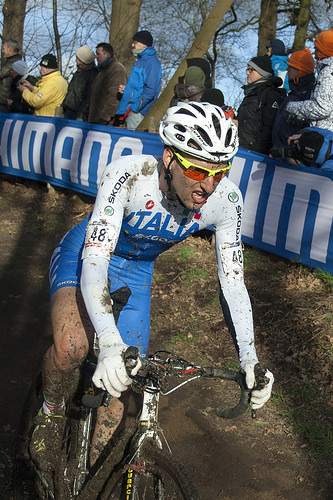