FDJ's Arthur Vichot capped off a productive day with a stage victory in Nice that propelled him all the way onto the final podium of Paris-Nice, while Carlos Betancur of AG2R sealed his overall win, avoiding a last-minute crash that dropped his closest competitor, World Champion Rui Costa of Lampre.

Vichot, donning the French Champion's tricouleur, pipped JJ Rojas of Movistar in the final sprint, giving him a net of five seconds ahead of the Spaniard on the day, closing the four-second gap he had carried into action. With Zdenek Stybar (OPQS) getting dropped on the Col d'Eze, the sprint was in essence a battle for the third podium step, a dramatic finish to a very tight week of racing. The sprint came at a cost to Costa, who went down along the barriers when Tony Gallopin veered sideways and took out a parcel of riders, but Costa was given the same finishing time as Betancur (two seconds behind the sprinters), sealing his second place overall. 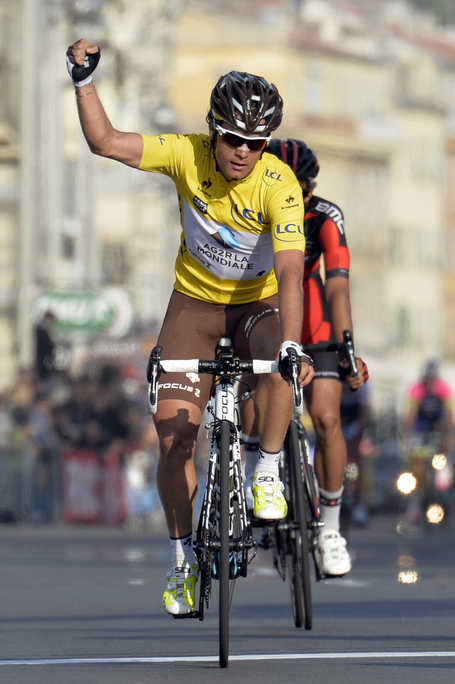 Betancur rode another nervy race, and can thank his excellent team support for the biggest win of his career to date. Holding a mere 14 seconds over his closest competitor, and under a minute to several more, Betancur remained calmly in the main field all day, relying on his team (and Movistar too) to control things. Astana's Vincenzo Nibali made a dangerous move in the final hour, but lacked the fitness to finish it off, and eventually was dropped. Simon Spilak of Katusha presented the only major threat to Betancur on the Col d'Eze, the iconic final climb of the race, but never gained more than 18 seconds (half of his 39" gap), and was reeled in once the descent flattened out in Nice. 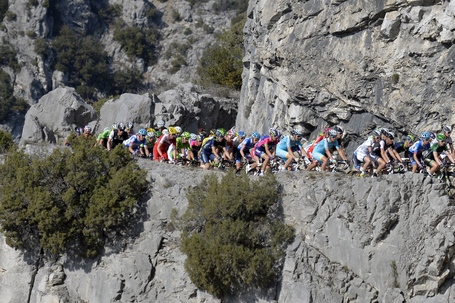