In the past couple months I've happily ventured into that strange world of cycling fashions that are actually both things. Not cycling clothes wishing they were fashionable, or fashionable clothes wishing they could catch fire in the riding world. Not long ago I did a post on cycling jeans discussing the latter phenomenon, and finding that, to varying degrees, jeans now exist that you can comfortably wear while cycling.

But jeans are pretty limited in both respects. For one, they're cotton, which means you probably won't enjoy wearing them on a rainy day. Or a day after it rained a lot. Or when there's snowmelt around. Etc. And two, they're fashionable some of the time, or if you live in SeattlePortland, all of the time. But there's still a place in the world for nice-looking trousers. Enter a new company, and a new phenomenon: fashionable, rainproof cycling trousers.

Age: Just in their second year of existence. They started as a Kickstarter campaign in 2010 under the name Nonetheless Garments, then evolved in 2013 to Makers & Riders.

Company Angle: Very, very fashionable. Check out what passes for their blog -- the Makers & Lovers Tumblr. Fun stuff. All about bikeable trousers. I introduced them a bit here. 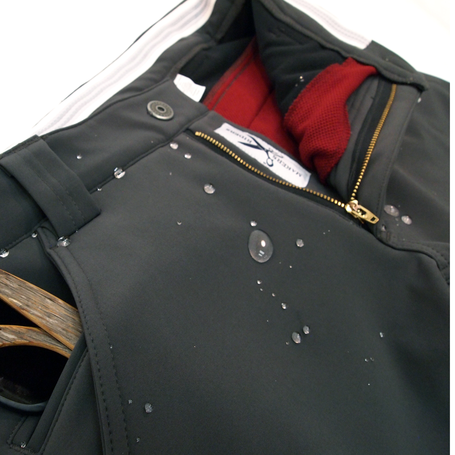 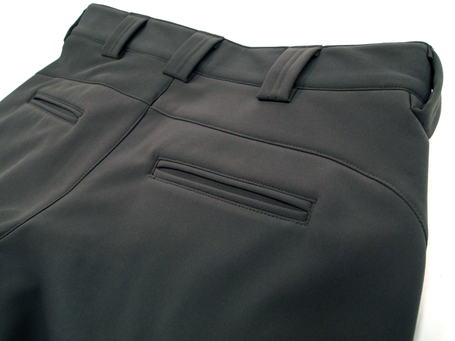 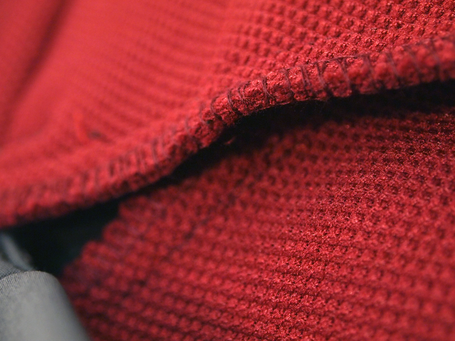 I have worn the M&R pants a few times, including in a torrential rain. This will be a reasonably informed review (ahem!).

The comfort factor is in tension with both the fashionability and the weatherproofing. Can you have trousers cut for life off the bike, lacking a chamois, and not feel constricted? Can you have rain-resistant material that isn't stiff? The answer in both cases is yes.

Crotch design is a big deal, since their market are presumably guys like me who've had a shammy down there between me and my saddle. The M&Rs are pants, not bibs, but they dampen the lack of a chamois with the "gull wing gusseted crotch design," a double layer of fabric with no seams in the sitting area. On a longer ride I might slip an old pair of shorts under there -- after 30 years of riding with a chamois I only know one way -- but I rode 12 miles in them and more or less forgot about the issue.

As for stiffness, the pants are relatively dense, thanks to the waterproofing (hang on), so I expected an issue here when I put them on but it melted away quickly. On the bike they're very flexy and nice. In the office the stiffness was something I sensed on occasion, but to no great extent.

As you can see from the photos above, these are proper trousers, featuring a five-pocket design that gives them nice lines. Despite the gull wings, I found the cut a bit narrow, which was fine on the bike but something I'm not as used to in the office. Not a deal-breaker; like I said, they're just a bit narrow. And the world is full of people who prefer them that way.

I really like the no-nonsense element to the pants. In a counterintuitive way, it makes them more fun. They're biking pants, and they're very serious. One of their pitches is "walk off your bike and into the board room," and I buy it. Definitely my style.

Just a couple additional items beyond the comfort issue covered above. The fifth pocket on the M&Rs is a good place to stash tiny items (change? headphones? small tools?). Also, the M&Rs add some rubberized stripping inside the waist to hold up your pants, and it works like you wish your leg warmers would. They didn't budge an inch. Also, Makers & Riders advertises themselves as small-batch, with an emphasis on craftsmanship. This bodes well for the seams holding up on the bike. The pockets are deep (and self-drying!), making for an ideal place for the iPod and loose change, knowing it'll all still be there afterwards.

This is a critical factor for Seattleite moi. Roads get wet on short notice, and stay that way sometimes even long after the rain stops, as the ground keeps seeping until July. And after both riding and bathtub testing the conclusion is clear: these are incredibly water-resistant pants.

Makers & Riders employ PolarTec's NeoShell fabric, the latest in breathably waterproof clothing. The trick, as always, is to allow your body heat to force open the pores in the material to let heat out and create cooling, while otherwise keeping the pores closed to the elements. The NeoShell uses three layers: the outer repelling layer, a thin membrane that promotes the transfer of heat, and the soft inner layer that feels nice on your legs.

I do wonder how breathable they'll be as the temperatures rise (eventually, like July). And they're not exactly feathery-light. But the elements are utterly no match for these pants.

Continue on for Part 2 in this series...